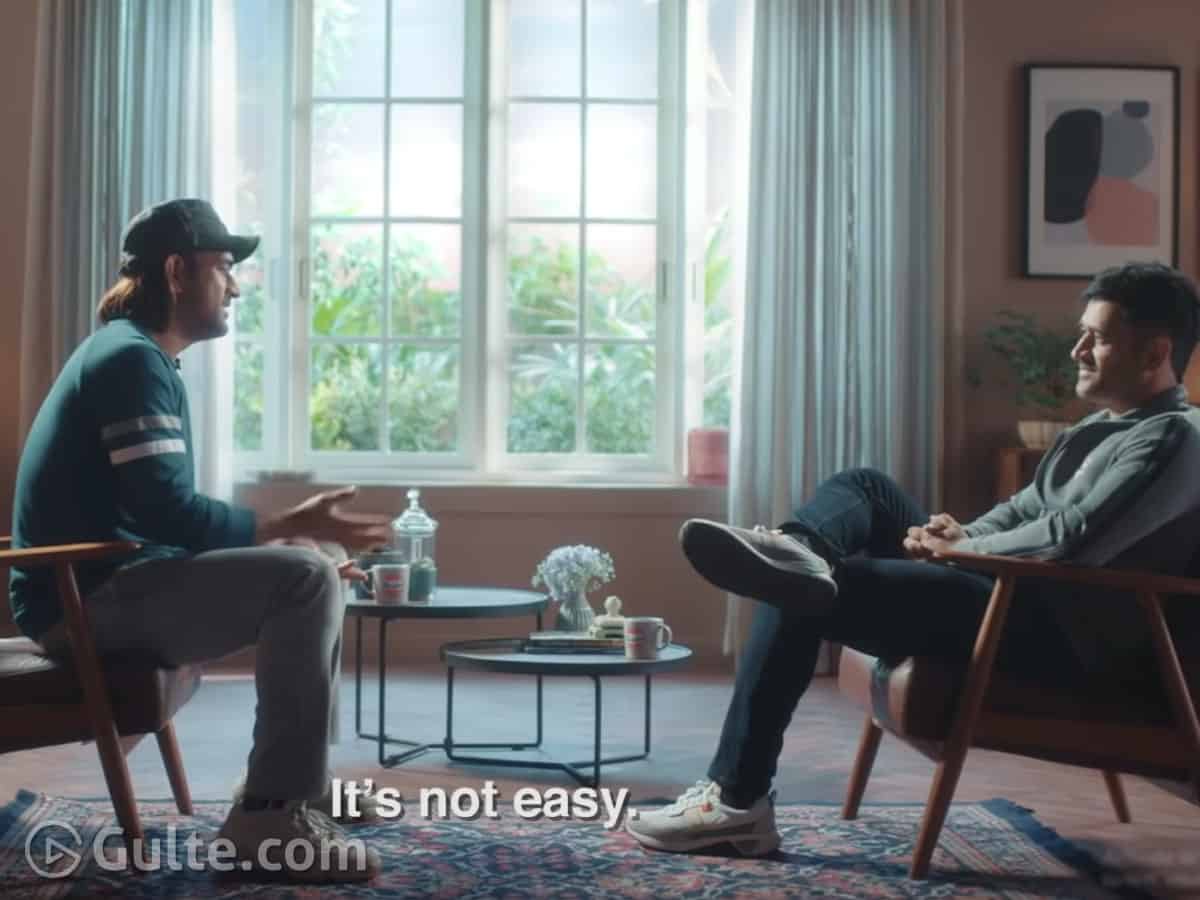 After India’s former Indian Skipper MS Dhoni retired from international cricket, fans felt heartbroken. Million of cricket fans missed Captain Cool and the way he led Indian Team. It is told that Dhoni taught the real meaning of leadership with his captaincy. However, fans are now enthralled to watch his new interview when he is seen interacting with his younger self.

On the anniversary of India’s epic 2011 ODI World Cup win, an unprecedented, innovative and unique video has been released, featuring MS Dhoni from 2021 meeting his younger version from 2005. This 4-minute long video has gone viral on social media and it has all the intriguing titbits that a true fan craves for.

“With experience, things become easier. But it also brings new challenges” said Dhoni while talking about international matches and their experiences with the opposition. Later, the younger Dhoni asks the older Dhoni about his favourite and best innings so far to which the latter replied 2011 World Cup final innings. He had promoted himself at No. 5 and remained unbeaten on 91, versus Sri Lanka.

Dhoni also said that he left his favourite foods like milkshakes, soft drinks and butter chicken for the career. The younger Dhoni lauded the older for sacrificing on a lot of his favourites for consistency and discipline.”But I never left biking,” Said Dhoni from 2021 as the younger one breathed a sigh of relief.

On the fame front, Dhoni is prepping up for IPL 2021 edition where he will once again lead Chennai Super Kings. The team will play their opener on April 10 against Delhi Capitals in Mumbai.