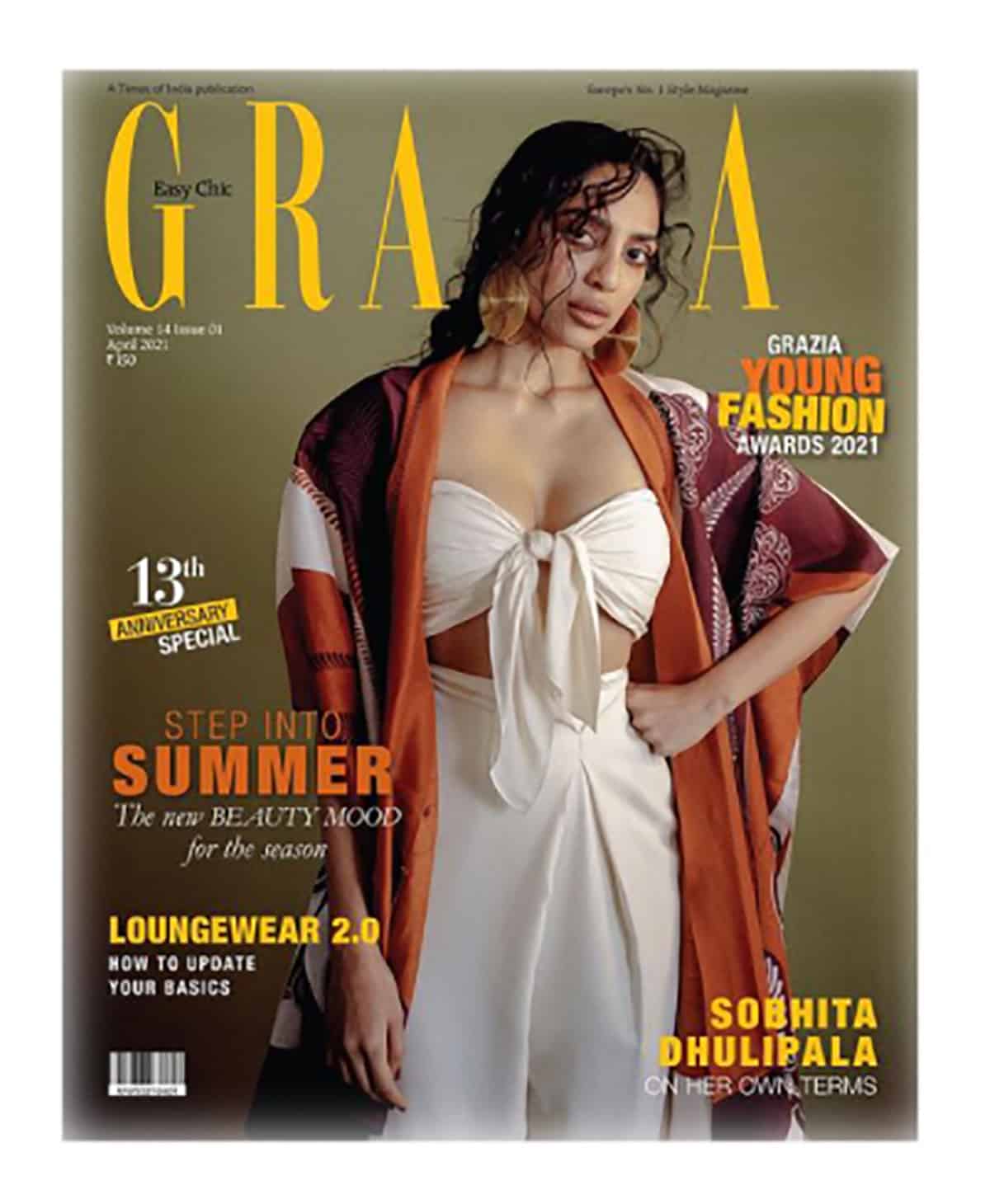 Actress Sobhita Dhulipala posted a new picture on her Instagram where she is seen posing for the cover photo of a popular fashion magazine, Grazia. The magazine is celebrating its 12 anniversary in April and on this occasion, this month’s edition has Sobhita’s fascinating cover photo.

The actress wrote, “Posing for the anniversary of Grazia” as a caption. The picture has Sobhita in an off-shoulder knotted top, looking super sexy in a plunging neckline. She paired the top with white trousers and teamed the overall look with a printed shrug by fashion designer, Pasham Alwani.

Sobhita also posed for a bunch of other pictures as inside pictures for Grazia and her designer clothes are worth taking fashion notes. Her big and bright eyes, plumpy lips and classic Indian features are enhanced with nude and bronze-tone makeup. Her hair was given a wet hair wavy look and Sobhita donned giant hoop earrings, bringing in the contemporary Bohemian chicness.

Sobhita Dhulipa is currently busy with Telugu film, Major opposite Adivi Sesh and this biographical drama on Major Sandeep Unnikrishnan has Sobhita essaying the role of a hostage trapped in the tragic 26/11 Mumbai attacks. The film is being directed by Sashi Kiran Tikka and produced by Sony Pictures, G. Mahesh Babu Entertainment and A+S Movies.