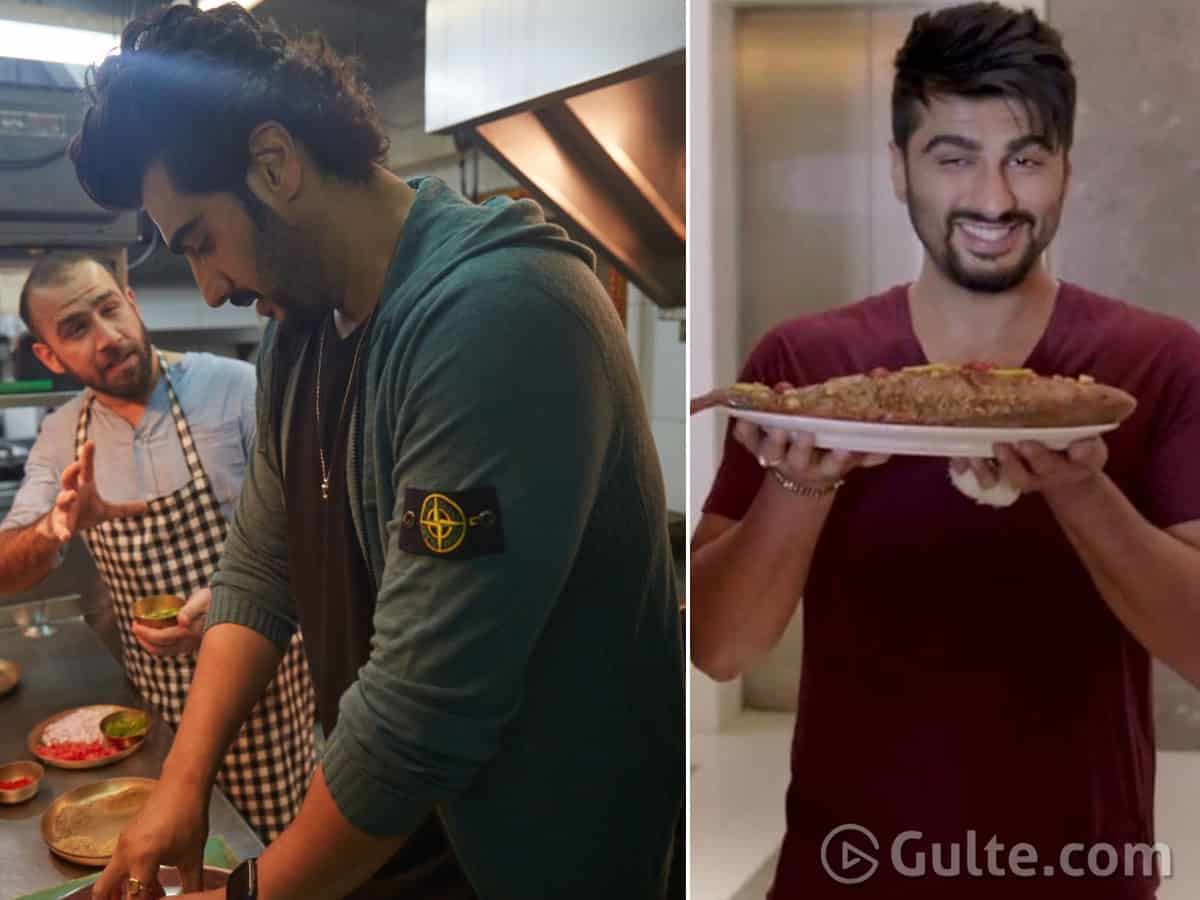 Among a plethora of celebrity foodies, Arjun Kapoor has often confessed his love for food and labels himself as a big-time food junkie. He stood inspiring when he lost oodles of pounds, who once weighed 115 kgs. The actor also posts a well-deserved post-workout meal on social media and indulges in something he absolutely loves.

Talking about his latest appearance, Arjun appeared on Discovery Plus India’s show ‘Star Vs Food’ show, where stars flaunt their cooking prowess under the mentorship of Gulaam Gouse Deewani, Head Chef at The Butler & The Bayleaf. In a similar vein, even Arjun tried his hands at making scrumptious Laal Maas and Kebabs. Admitting his obsession with food, Arjun Kapoor also shared how food has an emotional connection with him.

Referring to his father Boney Kapoor and his late mother Mona Kapoor’s divorce, the actor said “I looked at food for comfort. I got caught up in the way I felt emotionally.. so I started eating.” He added that he knew he had to stop overeating when he weighed 150kgs at the mere age of 16. “It is very difficult to let go because eventually, there is nobody to stop you beyond a point. Your mother loves you; she will reprimand you, but you are still a kid, and they give you benefit of the doubt ki yeh umar hai khaane ki, theek hai,” he added.

Later, Arjun had to struggle with asthma and other health issues as a result of binge eating, which is when he transformed into an inspiringly healthier lifestyle. “I literally, one Diwali just ate biryani and had a tub of ice cream, and then I said Bas! Is Zindagi ke liye bohot kha liya, ab apni agli zindagi ke liye nahi kahunga! And that’s where the new phase of my life started, where I learnt how to let go,” Arjun quoted on his transformation phase.

“The trickiest thing about today’s cooking is the fact that I have to enjoy myself while learning something new and that’s not always easy,” added Arjun Kapoor. On the work front, Arjun Kapoor was last seen in ‘Sandeep Aur Pinky Faraar’. He also played a cameo in the Netflix original production ‘The Secret Lives of Bollywood Wives.” Presently, the actor is busy with his upcoming flicks, ‘Sardar Ka Grandson’, ‘Ek Villain Returns’ and ‘Bhoot Police’.