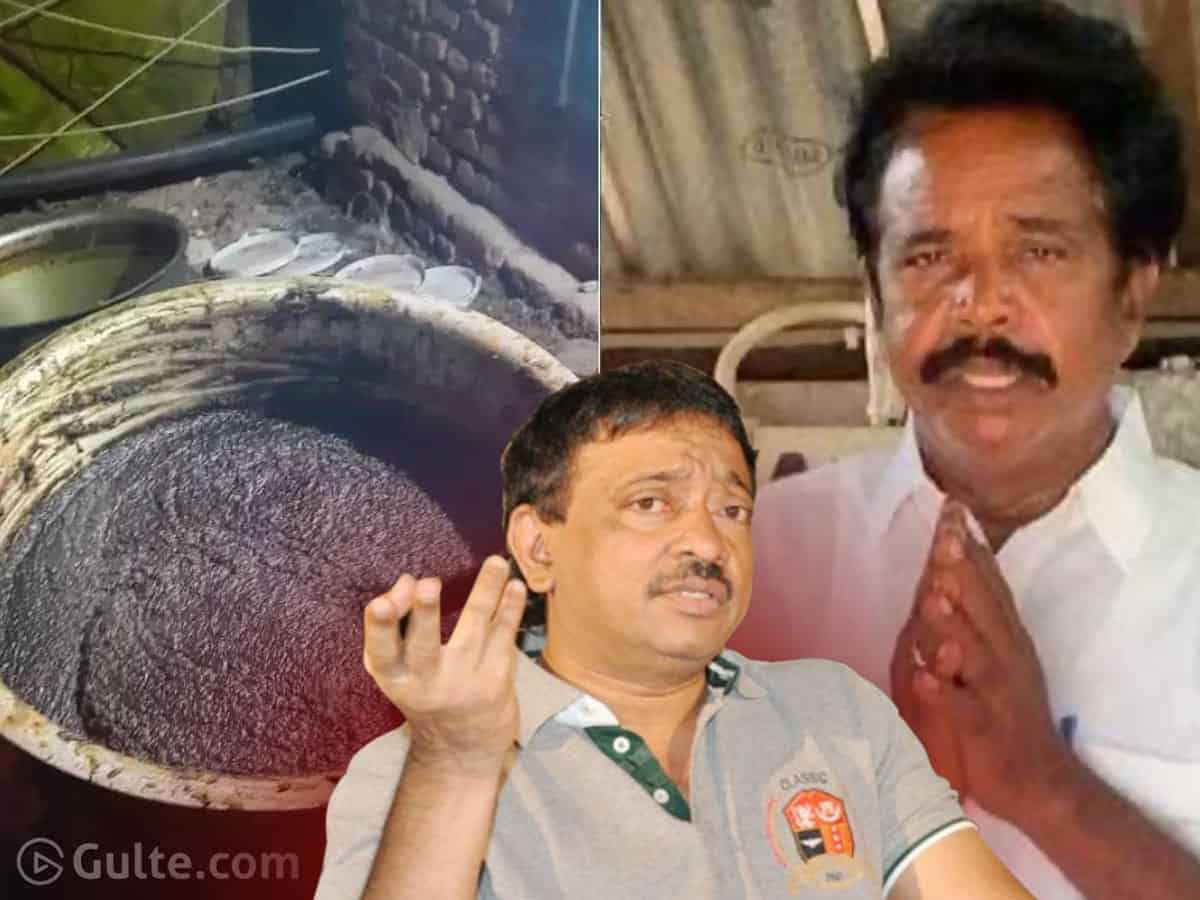 Filmmaker Ram Gopal Varma finds it interesting when something bizarre takes place around him. From a small petty crime to a national disaster, RGV pulls out series of tweets in his own style. Now, Ram Gopal Varma has concentrated on the ongoing controversy in Krishnapatnam of Andhrapradesh over Anandayya’s medicine. RGV posted a series of tweets saying that the government should declare Anandayya as a National treasure.

“If ANANDYYA’S treatment of pouring heated honey into a Corona patients eyes along with a mixture of neem leaves pulp etc is proving to be more effective than Pfizer, Bharat biotech and poonawala etc what am I supposed to believe in as a innocent citizen? Just asking! If ICMR gives a positive on ANANDAYYA ‘S treatment, will @WHO scientists be parashootng on Nellore districts, KrishnaPattananam. Just asking.” RGV tweeted sarcastically.

Later, he shared a picture of Anandayya and posted an interesting tweet.

“So will the government now stop the transfer of funds to Bharat biotech, poonawala, Sputnikwaka etc and divert them to Anandayya. Just asking! My sincere request to Government is instead of repeating earlier mistakes of non availability of beds, oxygen etc please make sure ANANDAYYA gets enough of life saving honey, neem paste, beet root ground nut, grass and onion and whatever else for the concoction. Just saying!” he tweeted,

Ram Gopal Varma continued saying, “Unlike Pfizer, moderna etc who don’t share their mixture ratio, ANANDAYYA does it to anyone who asked and at zero cost and so should he be given the noble prize? Just asking! I heard that Joe Biden and Dr Fauci are on their way in Airforce one to krishna Pattanam. Maybe it’s to negotiate a deal for his corona recipe but I request the government to see that they don’t kidnap ANANDAYYA. Shouldn’t the government declare ANANDAYYA, as a national treasure and give him Military Security?”