Tokyo Olympics To Be Held, Despite Huge Outcry & Protests 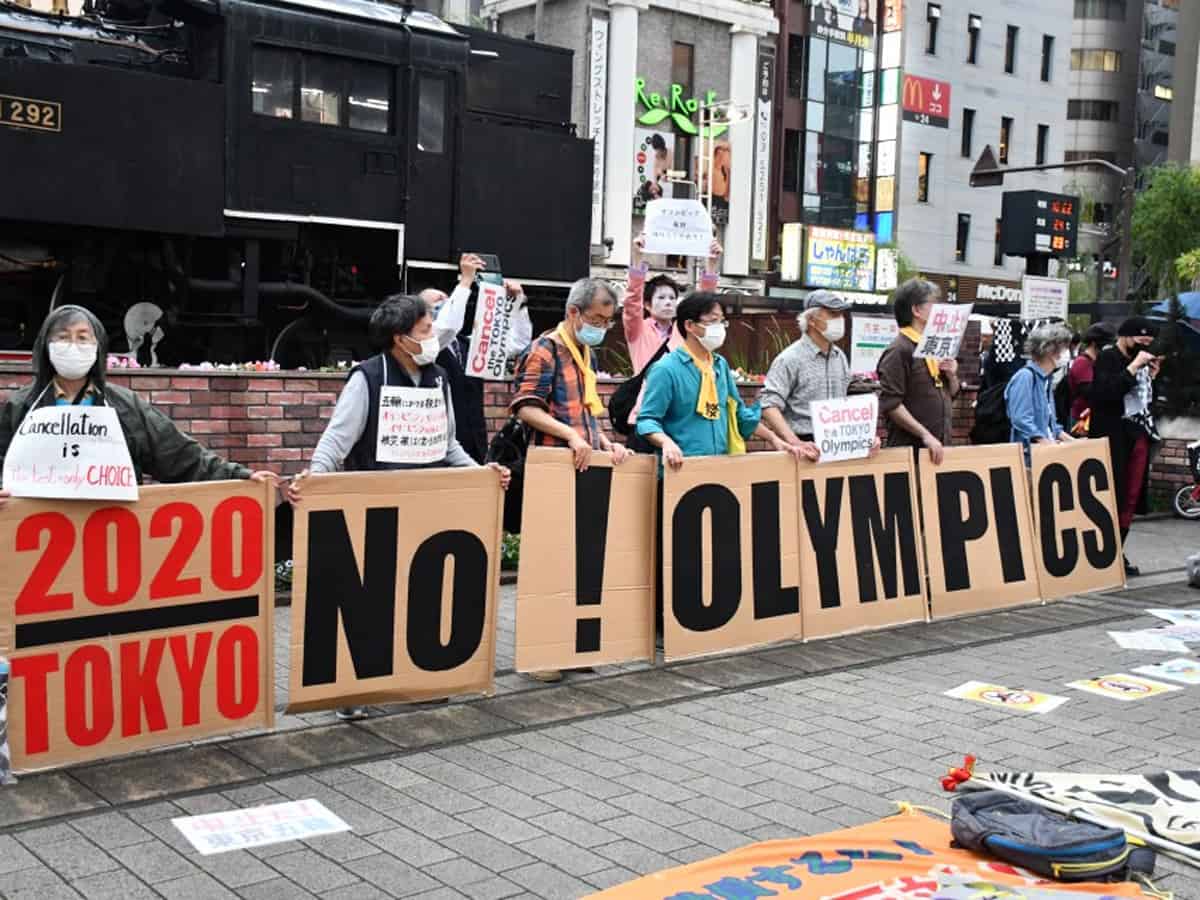 Despite the ongoing coronavirus pandemic, a top Olympic official announced that the Tokyo Olympics will go ahead this year, opening on July 23. The capital of Japan, Tokyo is witnessing an outcry and protests from its people on anti-Olympics. The demand to stop conducting the games this year has been aggravating for more than a week.

The latest poll also shows that more than 80 per cent of Japan population oppose the Olympics this year. Some protestors expressed agony that they lost jobs in the pandemic and the officials are pouring billions to conduct games without compassion and empathy. On the other hand, the arrangements have been made with 148 athletes across all sports, including those who have qualified for the upcoming Tokyo Games, receiving their first dose of COVID-19 vaccination.

Many major sporting events, ceremonies and events have been cancelled or postponed ever since the pandemic began but looks like the Olympic games will remain unaffected due to the virus this time. Moreover, last year was the first time since the Second World War that the Olympic Games have been postponed. Among these 148 athletes, 17 have got both the doses and 131 have received their first shot, IOA president Narinder Batra said.

Parallel to this, Tokyo Paralympics will also start on August 24 and 3 Tokyo Paralympic-bound athletes have got their first vaccine shots. Talking about the ‘vaccination status of Tokyo-bound Indian athletes and officials, Batra said 87 officials have got a single dose of the COVID-19 vaccine while 23 are fully vaccinated. With just nine weeks until the Games get underway, top Janapense doctors call for the cancellation of the Tokyo Olympics saying that the hospitals are already overwhelmed with huge covid cases.

But when asked whether the Olympics would go ahead even if Tokyo is under a state of emergency, the IOC Vice President John Coates, who oversees the preparations, said: “Absolutely yes. We have planned accordingly to protect the safety and security of the athletes and the people of Japan”. So far, Japan has vaccinated just 4.1% of its population and it is the lowest rate among the world’s wealthy countries. Only a half of its medical staff have completed their inoculations. Talking about the Olympics, we have more than 90 Indian athletes across sports have so far qualified for the Tokyo Olympics which was postponed from last year due to the COVID-19 pandemic.