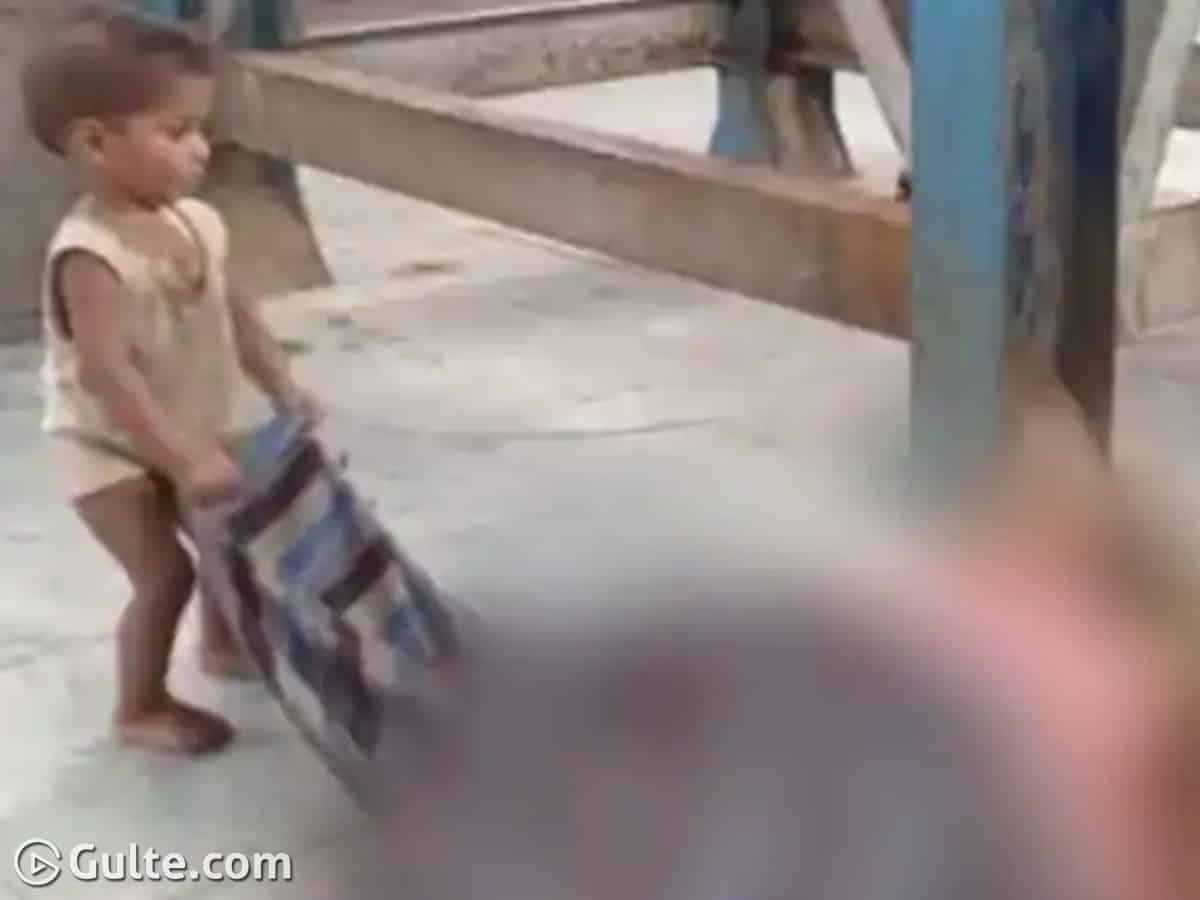 This heartbreaking video of a 2-year-old boy playing around and trying to wake up his dead mother on Muzaffarnagar railway platform is going viral on social media since morning.

The woman was a migrant worker who was travelling from Gujarat to her hometown in Bihar on a Shramik Train. She reportedly died of lack of food and water after suffering from extreme heat on the train. The video was captured minutes after her death.

According to her family members, the woman collapsed shortly before the train arrived at the Muzaffarnagar railway station. After her body was kept on the platform, her son was seen playing with the blanket that was covering his mother. At one point, he even tries to wake her up before being pulled away by another boy.

This devastating incident once again throws light on the pathetic condition of lakhs of poor migrant workers who have been desperately trying to get back to their homes. The central government and railway ministry’s haphazard handling of the Shramik Trains and the officials lack of apathy towards the migrants’ plight are being criticised heavily.