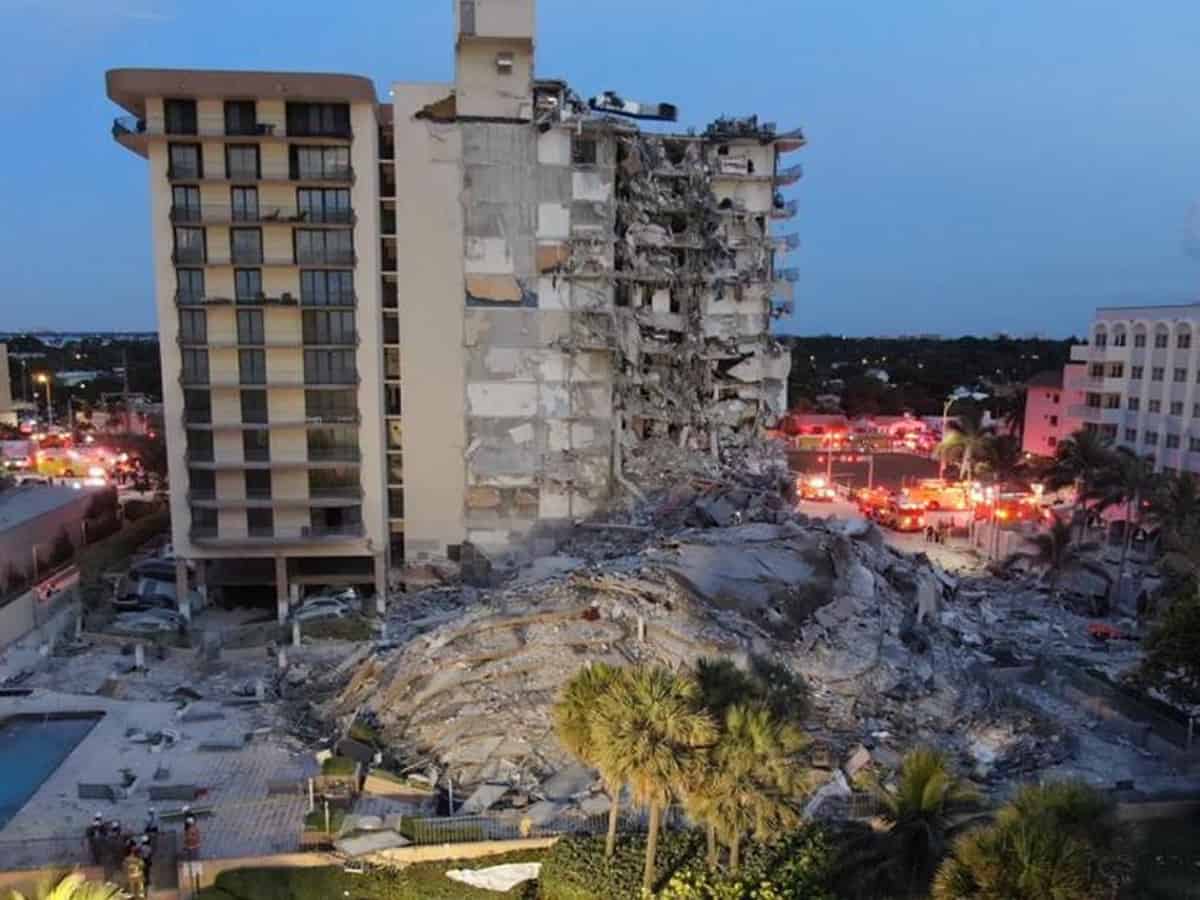 A 12-story residential building collapsed early Thursday in the South Florida of Surfside. At least one person died and almost 100 people unaccounted for in the incident. 55 of the 136 units at Champlain Towers South collapsed aroudn 1:30 am.

As per Thursday afternoon, at least 99 people were unaccouned for so far as the collpase left a huge pile of rubble. It is located just few miles north of Miami Beach.

So far, only two people have been pulled from the rubble and their condition is not known yet. A viral video from the surveillance showed the a huge section fo building collapsing and just a few second later, another portion of the building turning to rubble.