US: Full Transcript Of 911 Call Against George Floyd 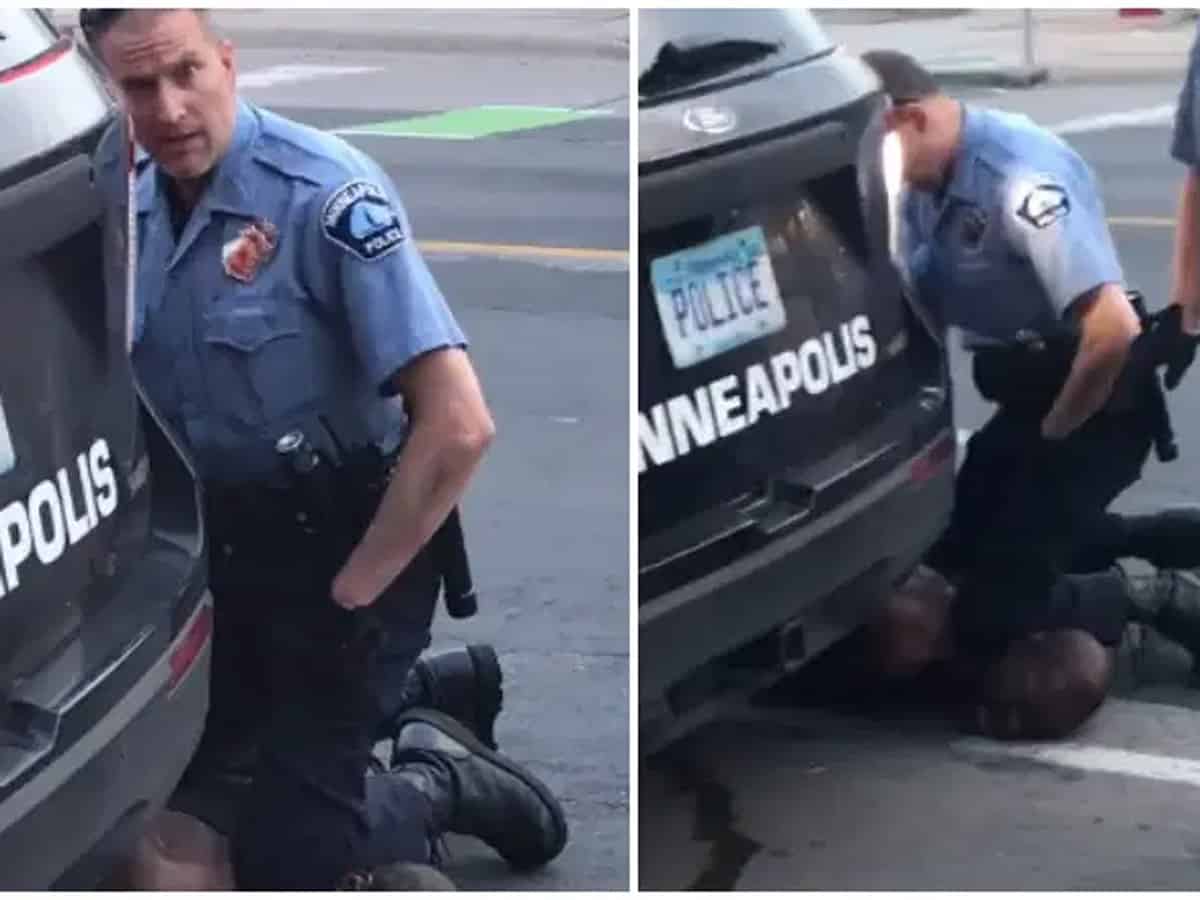 The Minneapolis Police officer Derek Chauvin, who knelt on George Floyd’s neck until the latter died, has been arrested and charged with third degree murder and manslaughter. African American George Floyd kept asking ‘I can’t breathe’ for moments, but the police officer kept his knee pinned for 8 long minutes leaving the victim silent forever.

The protests sparked as thousands came on roads with signs and slogans demanding justice for George Floyd and many other unarmed black men killed by police brutality. The protests in Minnesota rose to chaos with protests burning down many stores and buildings in Minneapolis for the last two days.

The police officer along with three others was first terminated from the service and he was taken into custody today morning. He was earlier involved in many police shootings and forced acts such as George Floyd’s.

George Floyd was suspected for forgery when a storekeeper in Minneapolis called 911 and the police officer who arrived there knee pinned him to death and many onlookers recorded the video.

The 911 call transcript in George Floyd’s case has been released by the police department and here is it.

Operator: 911 what’s the address of the emergency?
Caller: This is ah 3759 Chicago Ave.

Operator: How can I help you?
Caller: Um someone comes our store and give us fake bills and we realize it before he left the store, and we ran back outside, they was sitting on their car. We tell them to give us their phone, put their (inaudible) thing back and everything and he was also drunk and everything and return to give us our cigarettes back and so he can, so he can go home but he doesn’t want to do that, and he’s sitting on his car cause he is awfully drunk and he’s not in control of himself.

Operator: Okay, what type of vehicle does he have?
Caller: And …. um he’s got a vehicle that is ah … one second let me see if I can see the license. The driver license is BRJ026.

Operator: On 38th St. So, this guy gave a counterfeit bill, has your cigarettes, and he’s under the influence of something?
Caller: Something like that, yes. He is not acting right.

Operator: Okay so, female or a male?
Caller: Um…

Operator: Is it a girl or a boy?
Caller: (Talking to somebody else) – he’s asking (inaudible) one second. Hello?

Operator: Is it a girl or a boy that did this?
Caller: It is a man.

Operator: Okay. Is he white, black, Native, Hispanic, Asian?
Caller: Something like that.

Operator: Alright (sigh).
Caller: How is your day going?

Operator: Not too bad.
Caller: Had a long day, huh?

Operator: What’s your name?
Caller: My name is (deleted)

Operator: Alright, a phone number for you?
Caller: (Deleted)

Operator: Alright, I’ve got help on the way. If that vehicle or that person leaves before we get there, just give us a call back, otherwise we’ll have squads out there shortly, okay?
Caller: No problem.
Operator: Thank you.