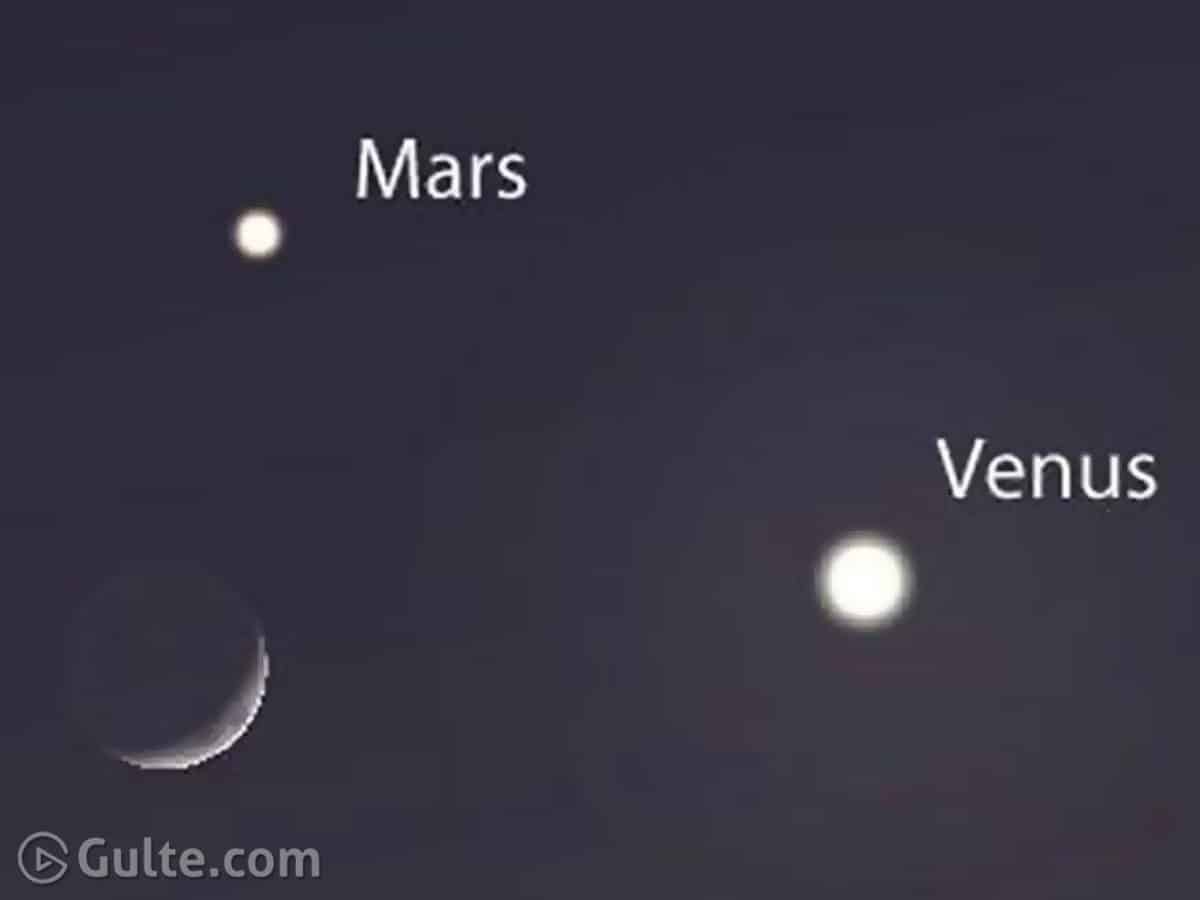 Astrophiles and space enthusiasts are bracing themselves for the big day as two of Earth’s neighbouring planets, Mars and Venus, are expected to come closest to each other in the sky on July 13. Alo, the moon will get closer to the two planets on July 12.

The surreal moment can be witnessed with a naked eye in the sky on the western horizon just after sunset. The event is termed as ‘planetary conjunction’ and Mars and Venus are likely to be 0.5 degrees apart as observed from Earth.

Bengaluru’s Indian Institute of Astrophysics (IIA) stated that this celestial event will have not only two planets closer but also Earth’s moon coming close to within four degrees of the planets. This is three-celestial-body conjunction as the planets of love and war are about to “meet” in one of the planet-gazing highlights of the year.

This planetary alignment will be observable only from Earth. In India, it can be viewed from anywhere in clear skies. Via telescopes and binoculars, one can spot planets aligned in the same frame. Though it is not uncommon as planets continue to move along their orbits and occasionally come close to each other and align, it is still exciting news for skywatchers.

Back in December 2020, Jupiter and Saturn came closest to each other and appeared like one bright star. It was called a ‘great conjunction’. None of the planets had come as close since 1623. The planets will next come comparably close in March 2080.