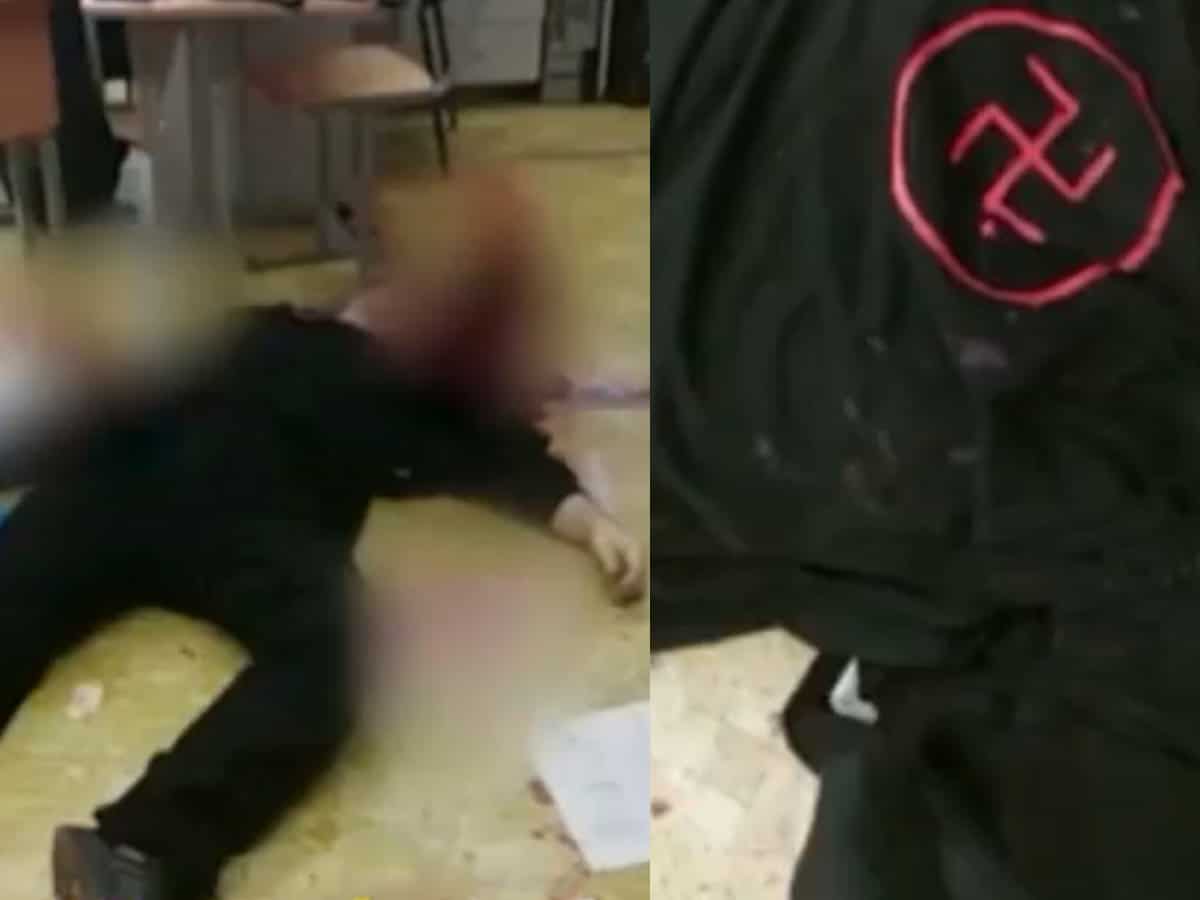 A gunman wearing a swastika on his teeshirt killed atleast 13 people at a school in Russia on Monday. There were seven children in them and about 21 others were wounded. The gunman committed suicide after shooting.

Russia’s Investigative Committee is said to be looking to find attacker’s suspected neo-Nazi links. The killer is Artem Kazantsev, and he graduated at the school. He was in his early thirties.

A small video was released by the investigators, that shows a man’s body on the floor of a classroom with overturned furniture and papers on the bloodstained floor. He was wearing all black with a red swastika in a circle on his teeshirt.

Teachers and security guards were in the six victims. There are 14 children in the injured.

Kremlin spokesman Dmity Peskov said President Vladimir Putin ‘deeply mourns’ the deaths. He described the incident as a terrorist act by a person who apparently belongs to a neo-fascost organisation or group.