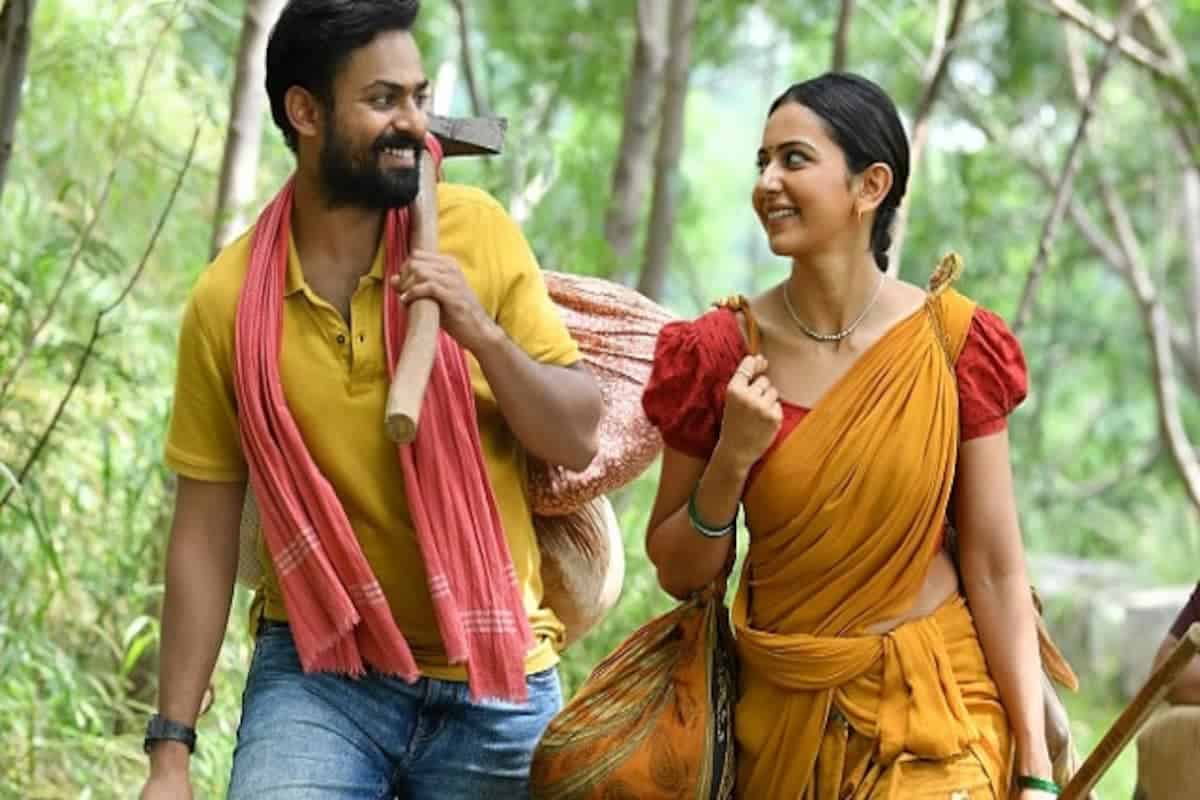 Mega sensation Vaishnav Tej is hopeful of scoring another hit with his second film Konda Polam. Rakul Preet Singh played the leading lady in the film directed by Krish. The film will be hitting the screens tomorrow. Here are the excerpts from one-to-one interview:

What are the elements you liked in Konda Polam?
The story itself is very unique. I haven’t heard such story before. There are many touching elements. I haven’t read the original novel. But Krish garu narrated me the script which blown my mind. This was before Uppena’s release.

What did you feel when Krish called you?
We know each other for long. I didn’t think he called to me discuss over the script. I loved the story, as I felt it’s very new. I thought he would start the project after completion of Hari Hara Veera Mallu. But this is releasing before Hari Hara Veera Mallu.

How was it working for the film?
It was really tough to work for the film. Wearing mask under steamy conditions was a big thing. However, we got to used to the conditions, after 3 days.

What are the elements needed for you to sign a film?
Firstly, the story has newness. I also want to have some commercials in my films. It’s because I enjoy when Prabhas anna and Mahesh Babu anna bash villains.

Did you go to workshop to prepare for your role for the film?
We didn’t go to any workshops. Every day, it’s a new learning experience. We learnt many new things in the journey. For example- sheeps love pickles.

Tell us about your producers?
They are very sweet people. Rajeev garu has good sense of humor.

How is your brother Sai Dharam Tej’s health?
Sai is fine now. He will be back very soon.

Are there any similarities between Konda Polam and Republic?
No. Both are different concepts. While Republic discusses about politics, Konda Polam is about a shepherd who attains his aim of becoming an IFS officer.