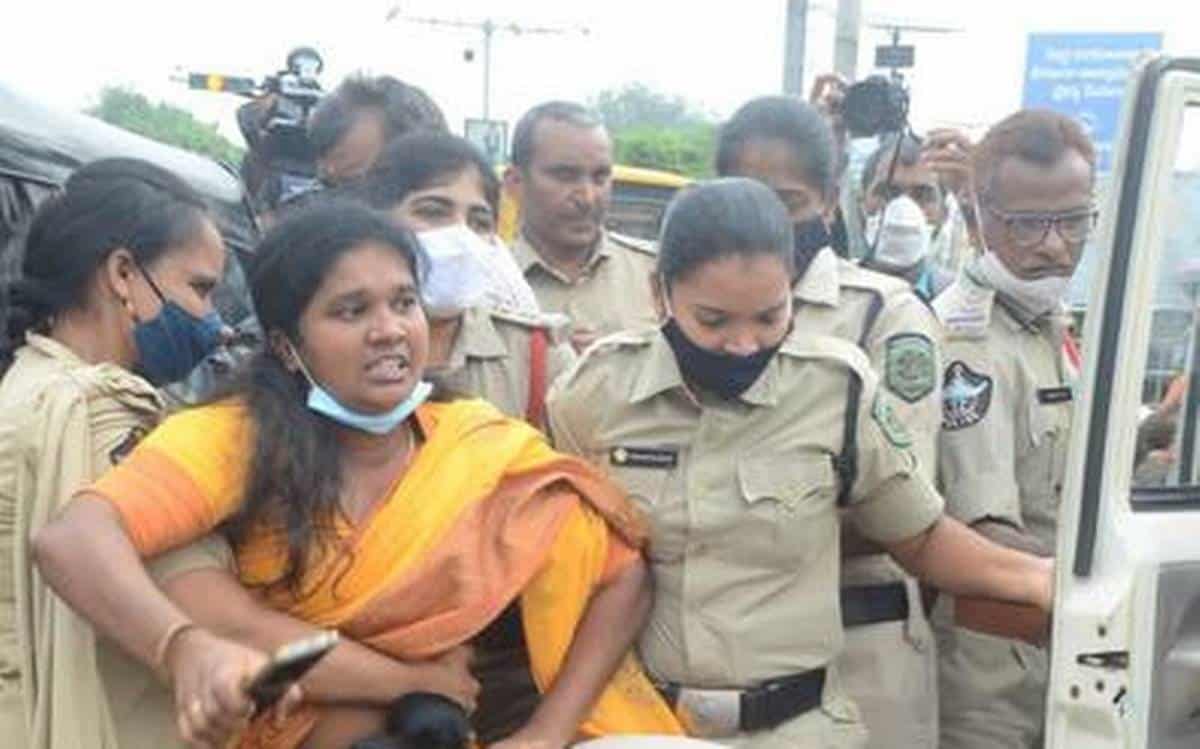 Following the attacks on TDP offices and leaders, party chief Chandrababu Naidu has called for a state-wide bandh today. With this, TDP leaders and party workers took to streets and rocked with protests. Several leaders have been arrested by police as a precautionary measure. Many senior leaders of the party were house-arrested by local police whereas others were arrested.

Srikakulam’s Ichchapuram MLA Ashok was arrested. Tension prevailed at the residence of former minister Nakka Ananda Babu in Guntur. As police stopped Ananda Babu from entering the streets, he expressed anger and disappointment. He questioned why police became mute spectators to attacks on TDP leaders and how TDP flags were burnt in front of police.

Tirupati’s former MLA Sugunamma was house-arrested in the town. With this, she resorted to argument with the police. TDP leader Narasimha Yadav was also house-arrested. Police have appealed to not to create any inconvenience to the devotees of Lord Balaji who visit Tirumala. They warned that serious action would be taken against those who resort to violence and cause any damage to private and government properties.