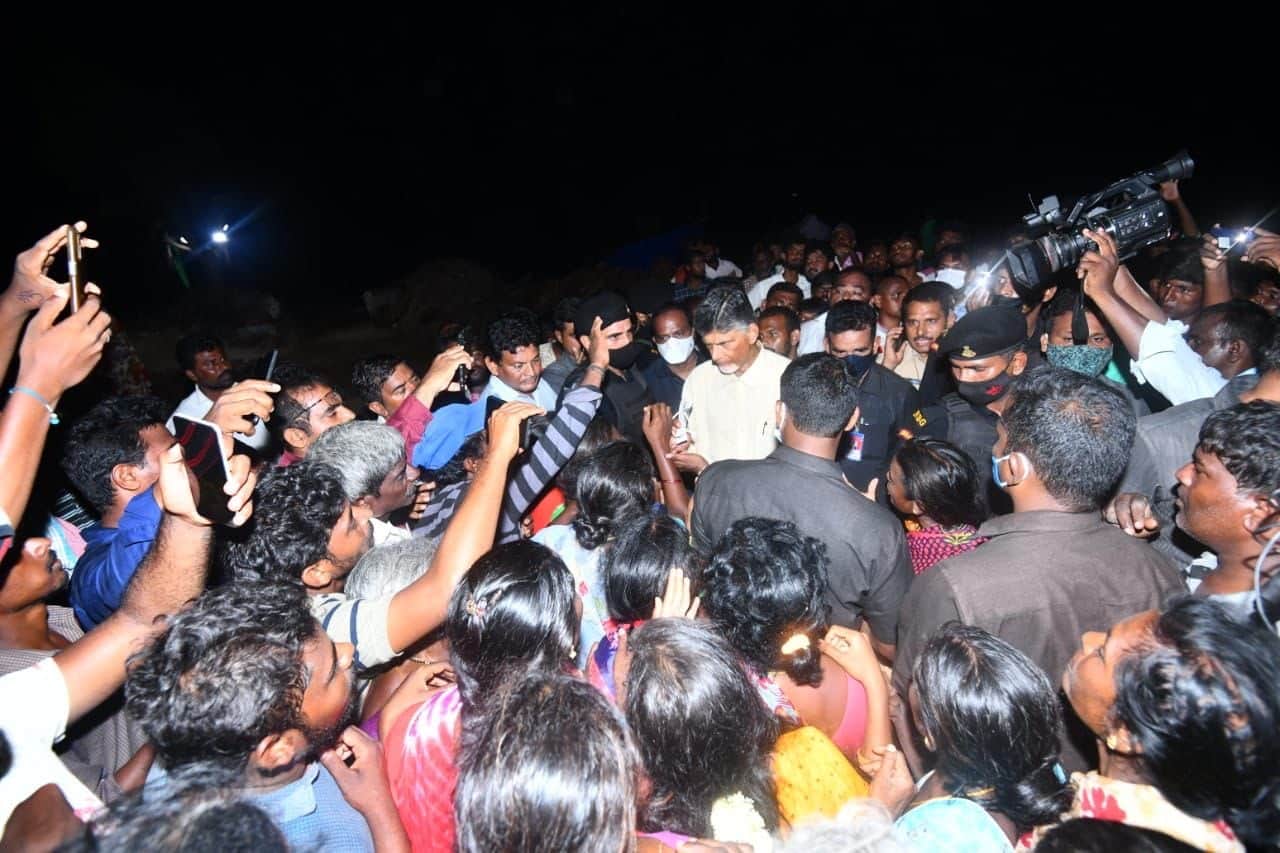 Opposition leader and TDP chief Chandrababu Naidu has gone into public. Naidu visited several flood-affected areas and spoken to the victims. As part of his three-day public tour to the flood-affected districts, Naidu visited CM Jagan’s home district Kadapa on first day. As soon as Naidu was landed at Kadapa airport, large number of party leaders and workers gave him a grand welcome.

Later, Naidu has visited Rajampeta and Nandaluru Mandals by road and covered Pulapathuru, Mandapalli, Thogurupeta, Gundluru villages. These villages presented a picture of haunted areas as they were vanished due to the devastation. Naidu interacted with the people and learnt their problems. Grief and anger is witnessed in the eyes of the victims.

All over, Chandrababu Naidu got a tremendous response for his tour and people received him well. He asked the problems of the people and asked whether they received any help from the state government or not.

About two lakh cusecs of floodwater gushed suddenly on Friday when the Anammayya project got breached. All the houses in these villages were reduced to rubble. The villagers literally lost everything, except the clothes on themselves. Agricultural crops in hundreds of acres stood destroyed. Cattle herds were washed away.

Sadly, the villagers said that their cries are fallen onto the deaf ears of the government. They complained to Naidu that there was no support from the state government so far. Naidu assured them confidence and consoled them. He asked them not to lose hope. He said he would fight against the government do necessary justice and assured compensation from the government for the losses incurred.