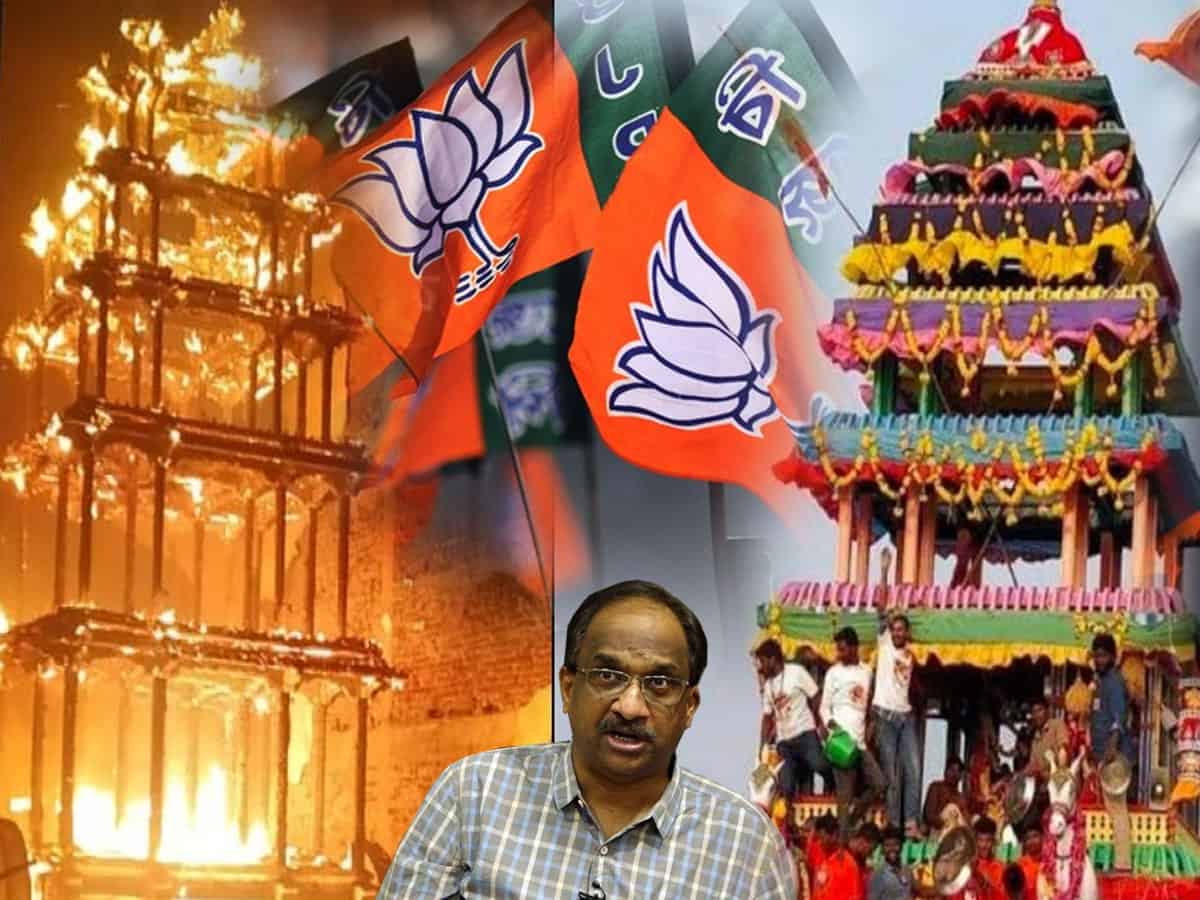 The BJP in Andhra Pradesh is thoroughly discredited by denial of special status. The party is pushed to the corner on the Amaravati question. It’s a diabolical approach towards YSR Congress further disarmed the party. Amidst such a chaotic context, Somu Veerraju led Andhra Pradesh BJP has embarked upon its time-tested political project. Mixing religion and politics has always been the saffron party’s unique selling proposition. Such a politico-religious mobilisation has catapulted the BJP from India’s political periphery into a formidable ruling dispensation.

The pan-Hindu mobilisation helped the party to tide over the caste divisions in northern India. The BJP led by an ideological strongman like Somu Veerraju, has now decided to implement the same experiment in Andhra Pradesh, the state unknown for large-scale communal mobilisation.

The immediate political strategy is not to dislodge the ruling YSR Congress, but replace TDP as a major opposition party.

The Antarvedi issue has come in handy for the new state party chief. The Christian religious beliefs of the chief minister’s family have given the saffron campaign new ammunition. But, the BJP leaders are cautious in their approach. Somu Veerraju and GVL Narasimha Rao, for instance, equated YS Jagan’s rule to that of TDP. The BJP calls both the parties anti-Hindu. Thus, the BJP leadership is taking every care to avoid TDP gaining from its anti-Jagan crusade.

Not realising this political trap, the TDP leadership jumped on to the saffron bandwagon on Antarvedi. The gruesome act of setting the sacred chariot afire is certainly the most deplorable sacrilegious act. Any laxity in investigating the crime would only embolden forces of politico-religious mobilisation. But, the TDP joins BJP in linking the incident at Antarvedi with that of the alleged anti-Hindu character of YS Jagan government. Such a strategy would only benefit the BJP and alienate TDP from the secular voter. The chief minister YS Jaganmohan Reddy fired a salvo by ordering CBI probe into the Antarvedi incident. The BJP led central government has to act now. Thus, the YSR Congress has cleverly checkmated the opposition. The TDP lacks the courage to fight the Modi regime, as central agencies have to bring the guilty to justice.