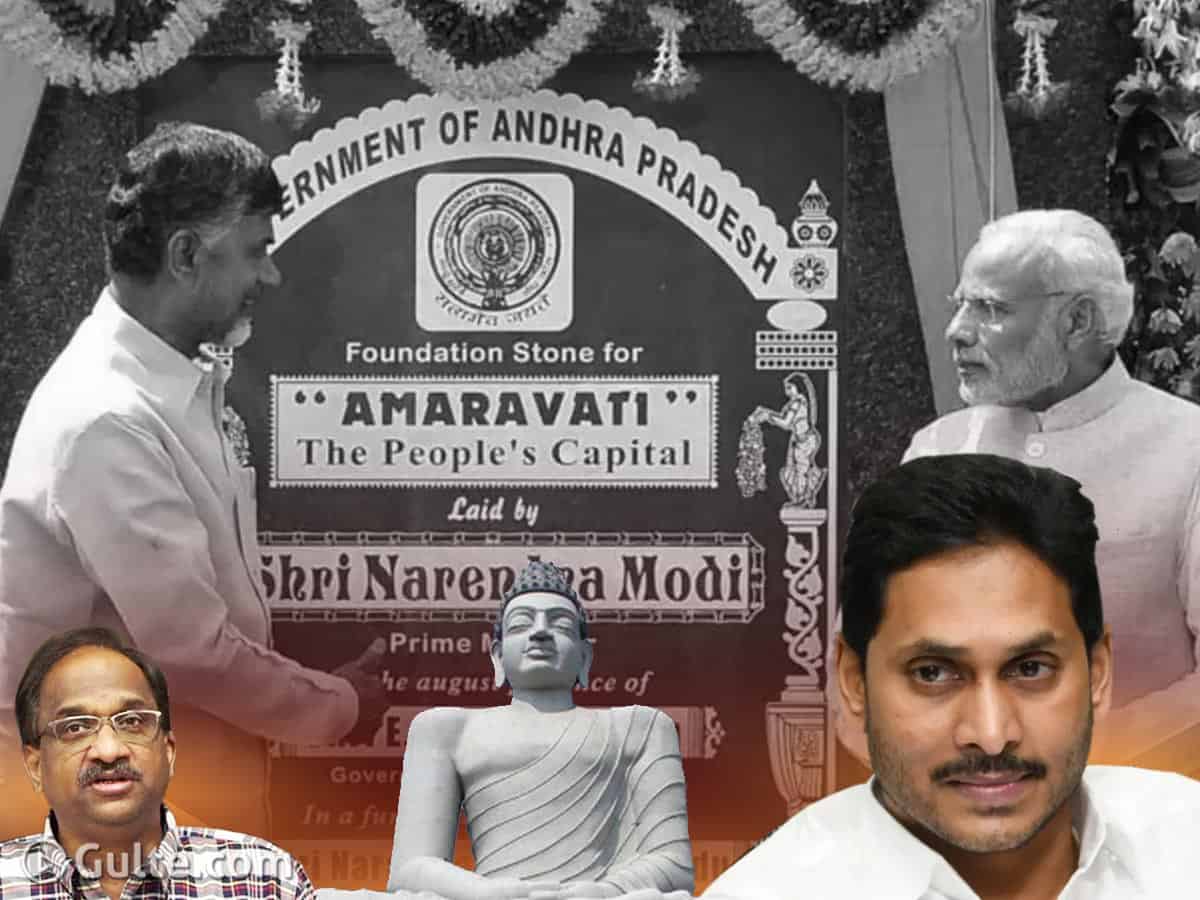 Andhra people’s destiny with the capital has been historically complex and agonising. The Telugu people of this region were part of the Tamil dominated Madras presidency. In 1953, the Andhra state was formed with Kurnool as capital. The capital then had no infrastructure worth its name. Still, the Telugu people of this region begun their new political journey. With the linguistic reorganization of states, the state of Andhra Pradesh was formed in 1956 with Hyderabad as capital. Kurnool lost to Hyderabad as the capital of combined Telugu state because the latter was already one of the developed cities in the country. With the reorganization of state in 2014, the Seemandhra people’s destiny shifted to Amaravati. In fact, the reorganization act allowed Hyderabad as combined capital for ten years. But, the political developments subsequent to note for vote episode allegedly involving Chandrababu Naidu, the capital city of residuary state of Andhra Pradesh was hurriedly shifted to the banks of Krishna.

Preceding to the announcement of the Greenfield capital of Amaravati, speculation was allowed on the exact location of the capital giving scope for allegations of insider trading, which is now cited as the main reason for dumping the grand Amaravati plan.

Chandrababu Naidu’s regime designed the greenfield capital as brand TDP, making it politically unpalatable for the YSR congress regime. The unilateral and rather politically arrogant attitude was palpable in a manner in which the TDP government zeroed in on Amaravati. The then government never bothered to make the capital vision an inclusive affair. Thus, YS Jagan government is caught between a rock and a hard place. YS Jagan felt that his arch-rival will be the beneficiary if he continues with the Amaravati model. Though this cannot be justified, the political reality cannot be wished away.

It is not justified because of the costs involved in shelving the Amaravati and embarking upon three capitals. It is also politically unjustifiable as YS Jagan has also committed himself to Amaravati while in opposition. Three capitals were never a poll promise of YSR Congress.

Despite having a mandate for five years, Chandrababu Naidu had a grandiloquent vision for capital that never took off during his tenure. YS Jagan would have found it difficult to shift the capital from Amaravati if the previous government had completed permanent structures.

Chandrababu Naidu was politically wrong to make Amaravati a patented plan. YS Jagan is also disowning Amaravati for political gains. BJP is now claiming to be helpless as it believes there are no political stakes in rubbing Jagan on the wrong side.

The special status also finds the same plight. The TDP gave up special status for special package only to retreat later with an eye on elections. Now the party is conspicuously silent and refuses to question Modi post 2019. The YSR Congress, along with TDP moved a no-confidence motion against Modi 1.0 regime. But, YS Jagan is now an unequivocal supporter of Modi 2.0. The BJP, which actually authored and took credit for special status, is now unabashedly reneging.