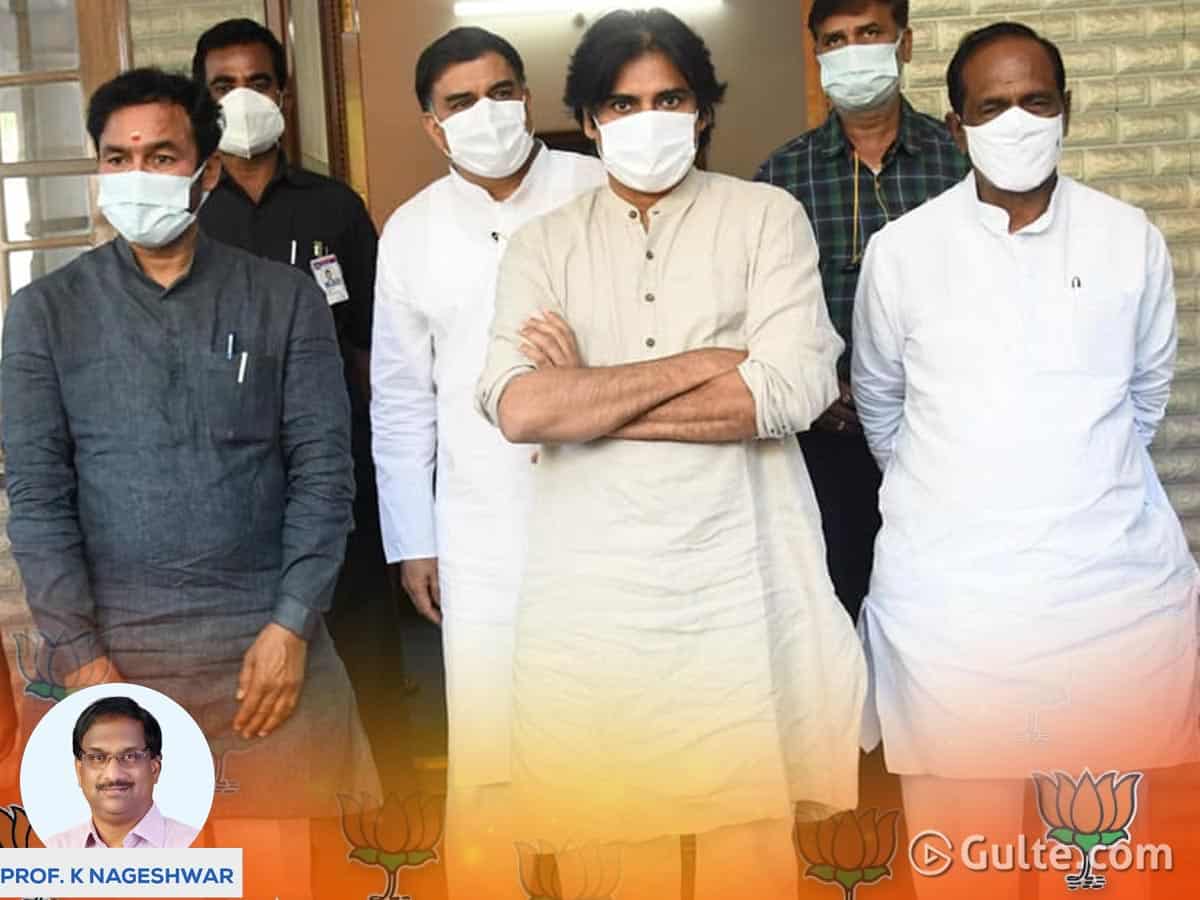 Pawan Kalyan’s political journey was always an enigma. Even well-trained psephologists or seasoned political analysts find it difficult to decode the power star’s moves. Thus, critics call him a non-serious political player. The GHMC show was called off even before the cameras and lights were switched on.

The episode began with the Jana Sena chief announcing that the party cadre in Telangana is willing to enter the GHMC election fray. The party sources gave feelers to the media that the BJP- Jana Sena leadership will meet to arrive at an electoral alliance. On the contrary, the BJP right from the beginning was dismissive of any idea to ally with Jana Sena in Telangana. The state party president, Bandi Sanjay, has even said that there was no proposal from either side to this effect.

Even as the saffron party was stubbornly denying the possibility of a deal with Pawan Kalyan in Telangana, the Jana Sena declared that its nominees would contest as many as 30 seats. In a sudden turn of events, Pawan Kalyan withdrew all his candidates and extended unconditional support to BJP in the GHMC polls.

The reason cited by Pawan Kalyan makes a mockery of the party’s political stature. He was citing COVID-19 and allegedly unexpected schedule as reasons for his party’s decision not to field nominees. But, he fails to explain why things have changed so in a matter of days. COVID-19 has not struck for Jana Sena alone. The schedule was also expected, as the present term of GHMC ends in February. So, the course of events clearly indicates that Pawan Kalyan was unrealistic in hoping for a tie-up with BJP or was forced by the saffron party leadership to agree to its terms. In either case, Pawan Kalyan’s political credibility suffered deep erosion.

Jana Sena has a right to stay away from the polls. It even has a right to support its ally BJP in Telangana too. But, the dramatic turn of events poorly reflects on Pawan Kalyan’s political acumen.

In fact, Pawan Kalyan changed his political association with the left in 2019 to saffron embrace now. He was very critical of the Modi-Shah regime on special status. Now, he is an unequivocal supporter of the Modi regime. Though such political expediency was not uncharacteristic of India’s politics, such pusillanimity from a fresh entrant like Pawan Kalyan was certainly unbecoming.