TRS Accepted BJP As Its Opposition! 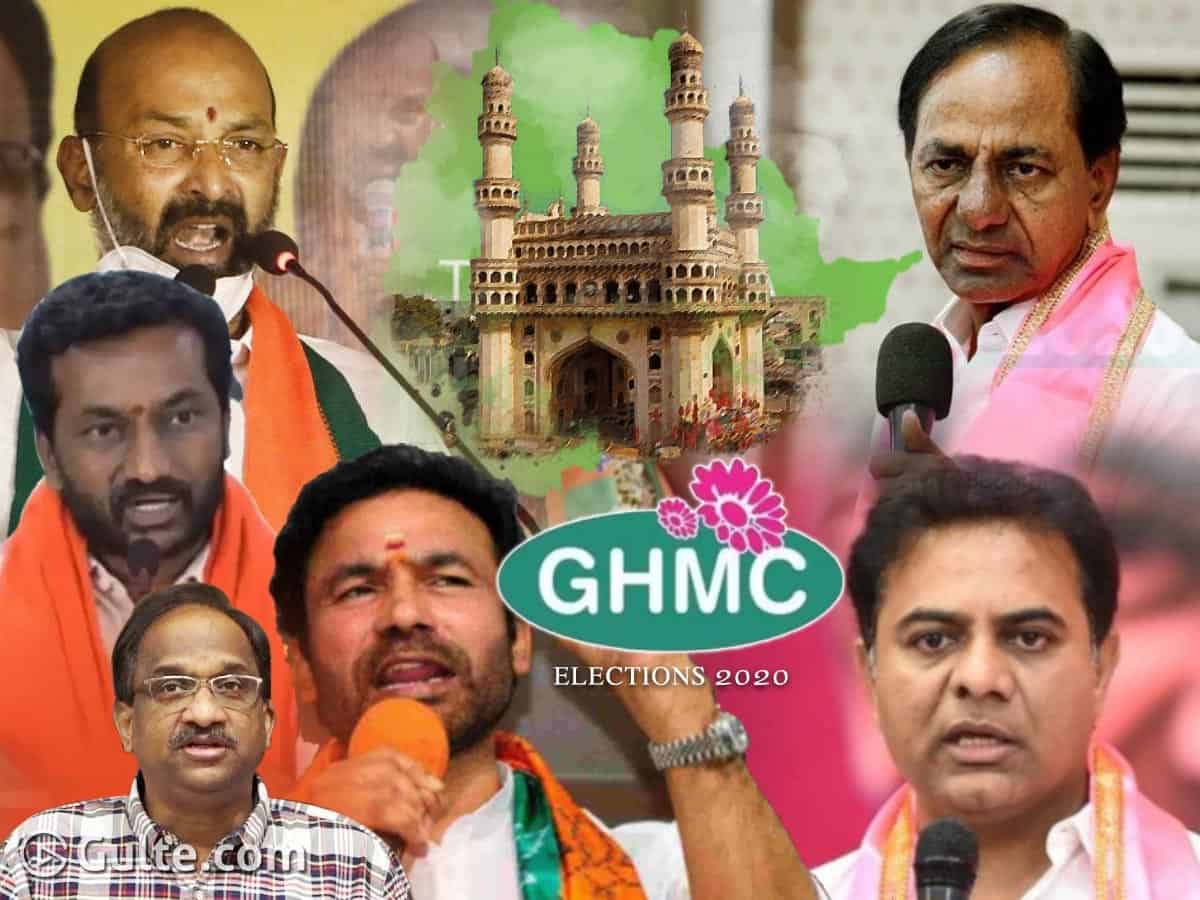 Notwithstanding the fact that one who is ahead in the campaign need not necessarily be triumphant at the hustings, the resurgent BJP seems to be making the ruling TRS run for the votes.

The perception advantage the saffron party has with the recent Dubbak win, and the BJP has once again forced the TRS to call it a principal adversary. The TRS did so in Dubbak more as a design. But, in Hyderabad, it is doing so by default.

The Congress will be marginalised as the anti-incumbency vote is most likely to be consolidated behind the BJP. This is precisely what gave the saffron party edge in Dubbak. Even if the TRS retains the core vote, the loss of swing vote and anti-incumbency vote rallying behind BJP can give the pink party many anxious moments as the GHMC vote is counted.

The ruling TRS is paying the price for inflicting a debilitating blow on Congress. This happened in Dubbak and is likely to continue in GHMC too even if the result may not be the same.

The saffron party is all set to significantly increase vote share in Hyderabad too as the party successfully exploits the vulnerabilities of the TRS. By making the alleged links with MIM the main political plank, the BJP is attempting for a larger Hindu consolidation. The BJP successfully did this against the Muslim-Yadav politics of SP and RJD. The UP-Bihar formula is skilfully attempted in Hyderabad with the BJP witnessing a leadership transition to hardline hindutva brigade in Telangana too.

Both the TRS and MIM are desperately trying to push through the narrative that they are not allies and or even rivals. But, the poll eve promoted political narrative is unlikely to cut ice with the electorate in the city that has demographics conducive for polarisation. The TRS, has, of late ignored this. It is difficult to predict the damage the bonhomie with MIM will have on the electoral fortunes of TRS, the BJP has certainly taken it to the voters.

The BJP has also energetically challenged the flood relief politics of the ruling party giving TRS no chance to completely capitalise on the flood compensation.

The TRS has now made a feeble attempt to corner the BJP on its policies that incur the wrath of the people. In a clever display of political acumen, the TRS supremo raised the issues like the public sector privatisation, new pension scheme, etc. This was an apparent bid to exploit the discontent over the Modi government’s policies. Though it is an intelligent strategy, the lack of political consistency in fighting the BJP policies robs the shine out of TRS new anti-BJP tirade.

The BJP could catapult itself into the head-on political battle with TRS. But, the pink party woke on the poll eve. How effective would it be? The renewed campaign strategy of TRS will help contain the saffron surge in the capital only after suffering erosion? How deep the cut would be is something to speculate.