Dream Projects That Didn’t Take Off 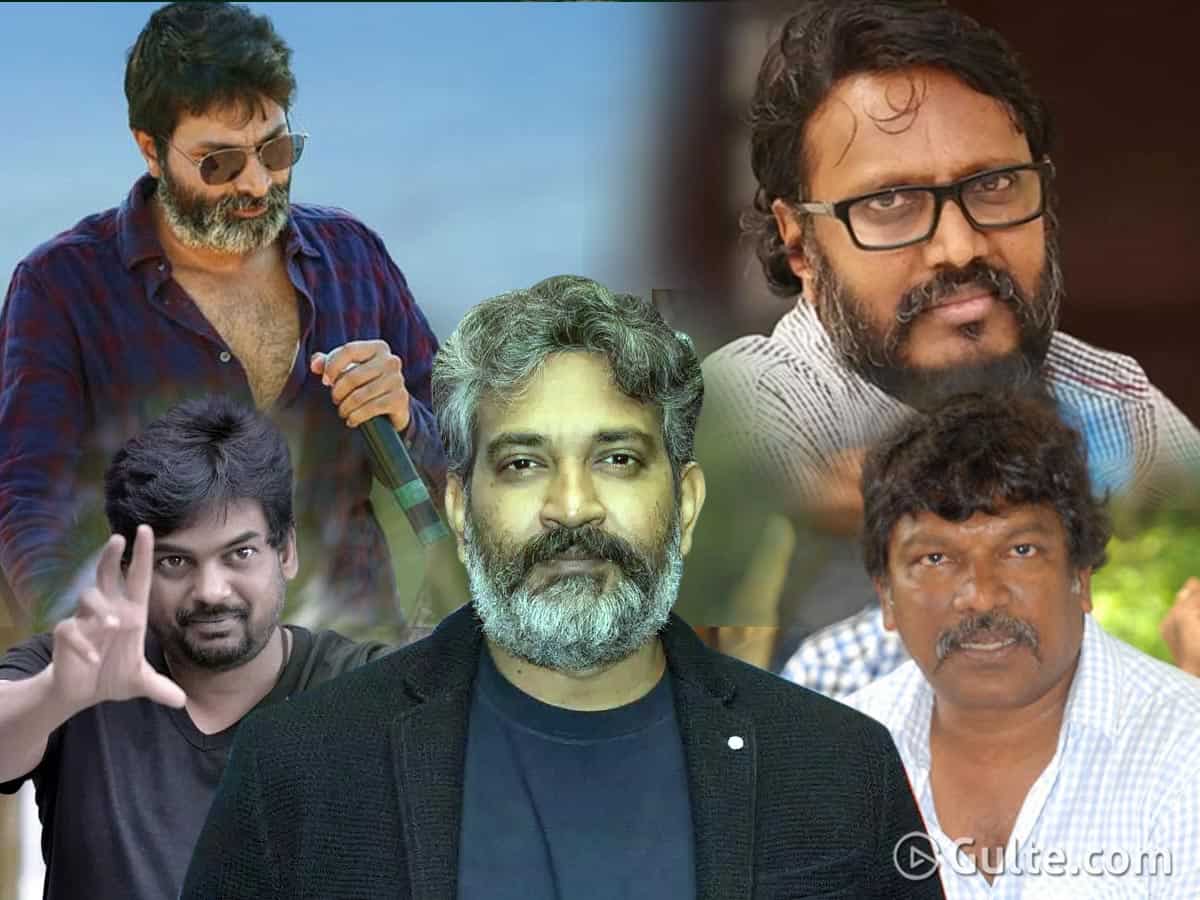 When it comes to grandeur and telling stories larger-than-life, Telugu directors do get place in the front row. Telugu directors are known for churning out big projects and giving that cinematic experience to movie lovers. However, several ambitious projects of these star directors which require ensemble star cast and big budgets have not taken off yet for various reasons. Here are a few dream projects of prominent directors.

Rajamouli, who is known for grand canvas films such as Baahubali and RRR, is still not sure about when his dream project Mahabharath will take off. Rajamouli on many occasions admitted that Mahabharath has been his ambitious project and he aspires to make it a pan India film with a stellar cast. And Jakkanna’s dream is still distant and long way to go.

Trivikram Srinivas is the most sought-after director as he scored industry blockbuster Ala Vaikunthapurramuloo. Trivikram’s dream project Kobali has been on hold from longtime. While the exact reasons are not known, the film hasn’t hit the floors. It was buzzed that Trivikram had planned this big-budgeted film keeping Pawan Kalyan in mind and Pawan’s entry into politics has put off the project. Now that Pawan has returned to movies, Trivikram has plans to revive Kobali. However, Pawan’s previous commitments and big line-up of projects and Trivikram’s commitments with NTR and Mahesh Babu are hampeing Kobali.

Puri Jagannadh is famous for wrapping his films at blitzkrieg speed. He is known for controlling the budget and delivering the film on time. Yet his ambitious patriotic dream film Jana Gana Mana hasn’t taken off. While Puri had narrated this to Mahesh Babu and announced that the film would go onto the floors, Puri’s poor track record then had become a major hurdle as Mahesh backed off from the film. Puri had also tried to do the same film with Venkatesh, but it also didn’t materialise. After delivering decent Paisa Vasool and a blockbuster iSmart Shankar, Puri is back in form. However, Puri has decided to go to Bollywood as he got vexed with Telugu stars. Puri’s ambitious Jana Gana Mana is still on paper and it may take a while to get materialised.

Also, Puri’s another ambitious project Auto Johnny with Chiranjeevi also didn’t take off. While Chiru was impressed and convinced till the first half, Chiru reportedly was not happy with the way the second half progressed. This Chiru spilled the beans to the media and these words have hurt Puri Jagan badly. However, Puri took these in his stride and hoping to do Auto Johnny with Chiru one day.

Critically acclaimed filmmaker Gunasekhar made a grand comeback with Anushka Shetty’s Rudhramadevi which also featured Allu Arjun and Rana Daggubati in pivotal roles. Rudhramadevi not just gave much needed success to Gunasekhar but also gave breather to his ambitious historic and mythological films. However, Gunasekhar’s dream project Hiranya Kashyapa based on the oppressive demon Hiranyakashipu which is planned in multiple languages hasn’t materialised so far.

Meanwhile, Gunasekhar has started his next Shakuntalam with Samantha Akkineni in the titular role. Sam will be seen as Sakuntala, the ethereal beauty who falls in love with Dushyanta. Even Shaakuntalam had its share of difficulties as Gunasekhar found it hard to get leading lady for the film. He had approached the likes of Pooja Hegde, Anushka Shetty, but eventually it was offered to Samantha. Hiranya Kashyapa which announced with Rana Daggubati as lead took the back seat. It is not clear when Gunasekhar’s ambitious Hiranya Kashyapa would take off.

Krishna Vamsi might not be in great form. Yet for many actors and stars, he is still on the list of directors to work with. Vamsi had planned an ambitious Rythu for Nandamuri Balakrishna. Balayya was heavily impressed with Vamsi’s script and excited about the role. However, the film requires a special and powerful role which needs to be played by a legendary actor. Balakrishna wanted Amitabh Bachchan to play the role. Balayya and Krishna Vamsi met Amitabh Bachchan in Bombay. However, Amitabh had gently turned down the role. Balayya, who was adamant to have only Amitabh to play the role, has kept the film aside.Since then Rythu has been lying in the cans.