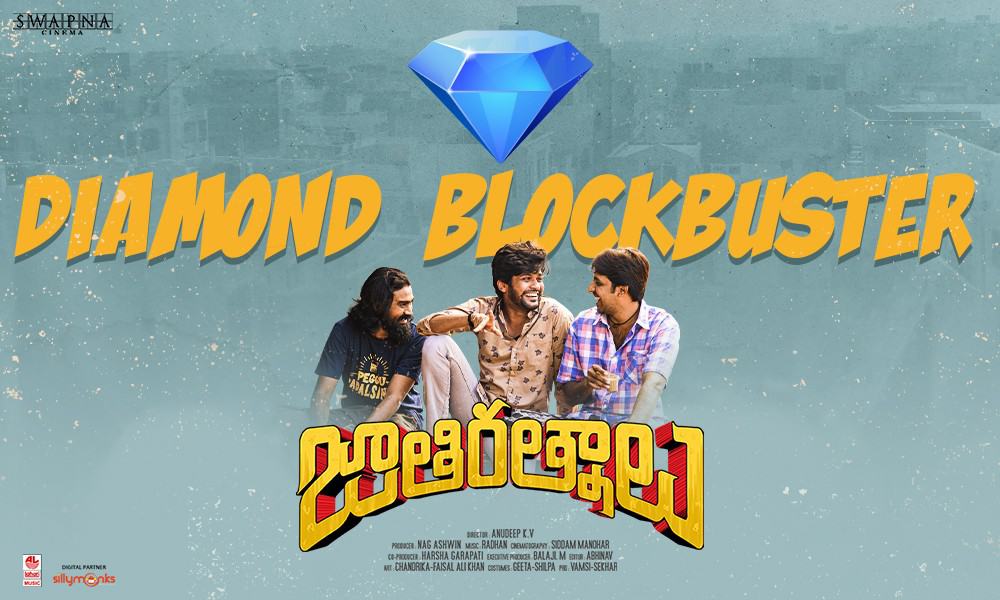 Youthful film Jathi Ratnalu is turning out to be one of the biggest hits of the year. The film is now close to Rs 20 crore share mark in Andhra Pradesh and Telangana.

The film in its five days run has amassed 19.73 Cr share in Telugu states. On Monday alone, Jathi Ratnalu minted 2.75 Cr. Usually for small to medium range films drop in collections is witnessed on Monday. But, Jathi Ratnalu was rock steady on first working day.

It is estimated that the film would collect over 30 Cr share in its full run in AP and TS. This is going to be biggest grosser among films starring upcoming actors.

This hilarious youthful entertainer directed by Anudeep KV and produced by Nag Ashwin under Swapna Cinema marks Naveen Polishetty as one of the next big things in Tollywood.