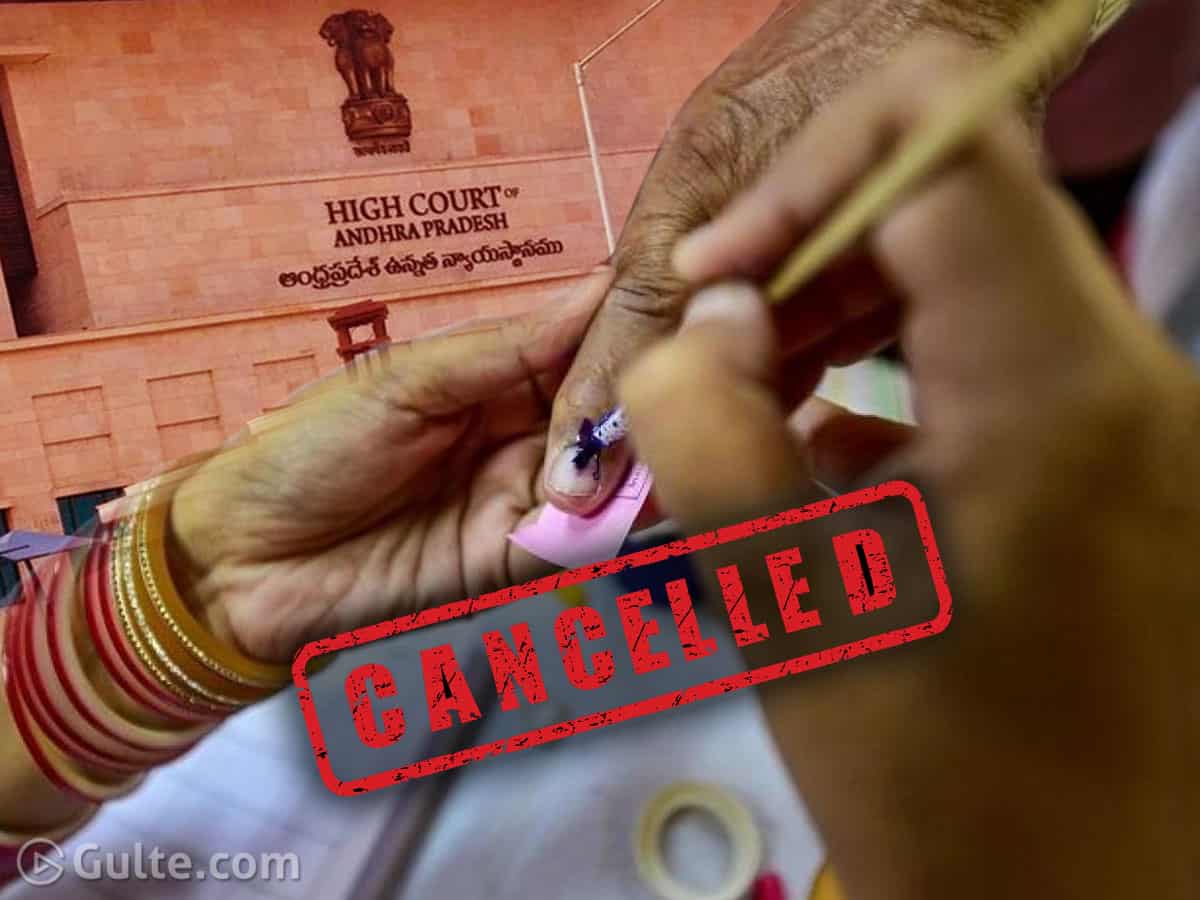 In a major shock to Jagan-led AP state government, the High Court has ordered to cancel the Parishad polls which were conducted in the state recently. This is following the allegation that the due norms were not followed during the conduction of MPTC and ZPTC elections in the state.

The Court stated that the Supreme Court’s guidelines on the election schedule were not duly followed as the Apex court had made it mandatory for 4 weeks gap between the Election Notification and Conduction of Election. Stating that the Election Commission should also obey the Supreme Court’s guidelines, the HC has cancelled the elections that were already conducted. The single judge bench comprising Justice Satyanarayana Murthy delivered the above verdict.

It can be noted that the SEC had issued poll notification for MPTC and ZPTCs on April 1st after postponing them earlier on March 15th due to Covid-19 pandemic. After conducting the Panchayat polls and civic body polls, the State Election Commission has resumed the Parishad polls and conducted them on April 8th. Polls were held in 515 ZPTCs and 7,220 MPTCs whereas others were declared unanimous. Opposition had challenged this and demanded that the elections should be conducted with fresh notification.

Meanwhile, the High Court directed the State Election Commission (SEC) to issue fresh notification for the Parishad polls. This is a set back to CM Jagan who has been vehement on conduction of ZPTC and MPTC elections in the state. Now, AP state government is all set to appeal the HC’s verdict in the Supreme Court.