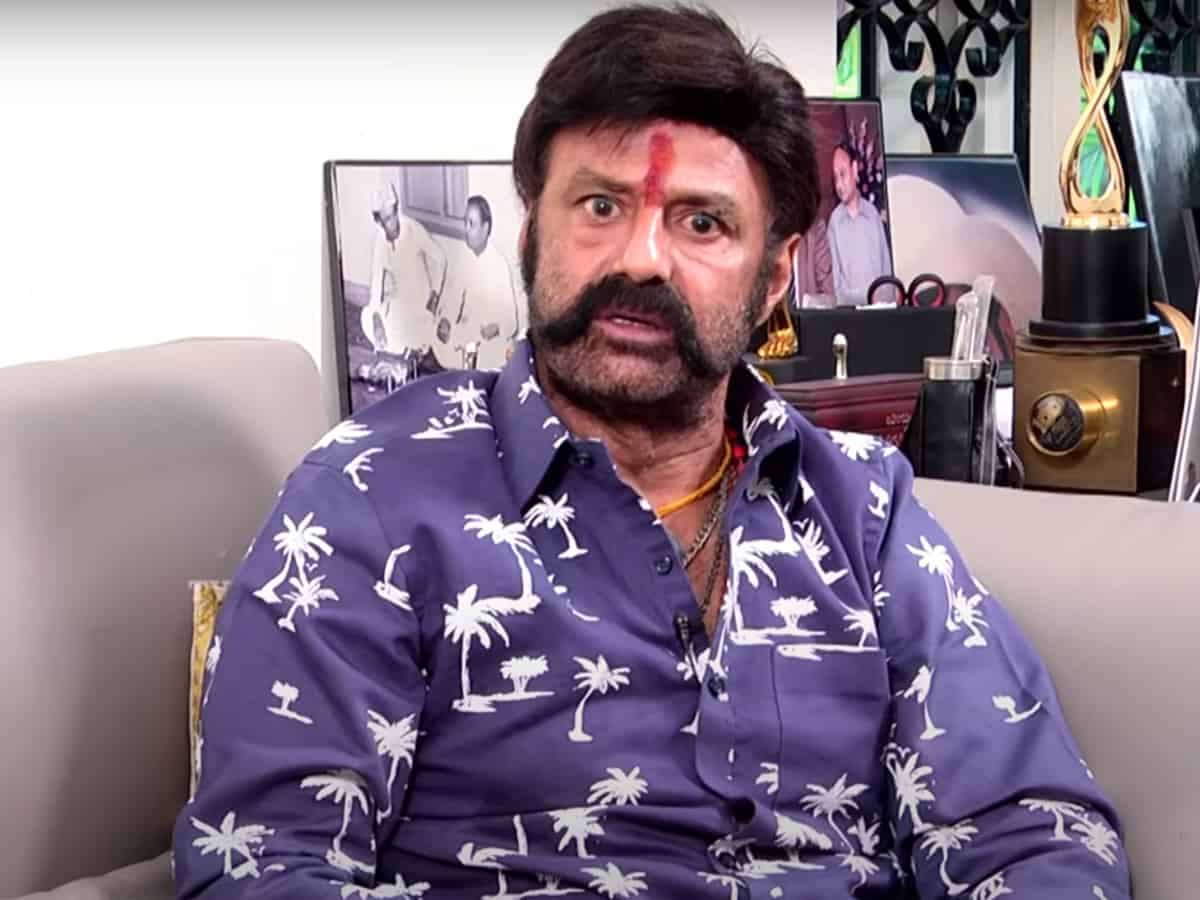 Nandamuri Balakrishna’s brief chats during his movie promotions had mostly the talks about that movie, but his candid comments often garner big attention and turn a tornado of controversies thereafter. His recent interview post the ‘land deals’ controversy when he expressed his irritation for not being invited in discussions with TRS leaders, has got all the eyes turned towards it.

Balayya talked about many issues, some with diplomacy and some with aggression. Apart from his daily routine talks, Balayya spoke about MAA controversy in building construction, the ongoing controversy with his and Naga Babu’s comments, and also his multistarrer plans.

Finally, when asked about the ongoing hot topic all over, the controversial land deals talk and Naga Babu’s counter, Balayya simply said he did not want to talk when a larger section of the film industry is supporting him. Balakrishna laughed it off to the question about Naga Babu’s counter comments saying the latter is talking it all but not him.

For the question, if Telangana CM KCR had anything against him and that being the reason for not inviting him to the meet, Balayya condemned it right away. He said KCR never was angry on him, instead, he had the son-like love for Balayya. Ruling it out as the reason for not inviting him, Balayya clarified that politics are different from a personal relationship, he said he did not know the reason. To the question of why Balayya had to say anything about the ‘land deals’ in his comment, Balayya kept calm and it appeared he just don’t want to talk about it.

Balakrishna straight away rubbished the idea of constructing the building for Movie artistes association with fundraising. Though he said he was not invited for the event in the USA fundraiser, he then asked if the state government won’t give some land to construct and can’t the people in industry construct their own building. He then questioned why there was 5 crore target to raise and then how it has become 1 crore later, finally there is no building yet.

Balayya pointed out that the government is keen on reopening the film shoots because it is the highest tax-paying industry among all. Balayya, in his style,’ said he has no time to waste on such issues, sarcastically closing the topic saying that he is not a ‘lekkala master’.

Multistarrers – Who are those heroes?

Balakrishna has got no interest in multistatters. When asked about the same, the mass star revealed he had bad experiences earlier and is not ready for multistatters anymore. Without giving the names, Balayya said some actors did not respond when approached for a mutlistarrer with him which made him lose interest. He also said ‘I will never talk to them, I will never respect them’.

Nandamuri hero gave one or two examples of NTR ANR multistarrer disasters and thus ruled out the chances of getting into multistarrer films anytime from now.

When asked about joining hands with Nandamuri youngsters like Tarak or Kalyan Ram, Balayya said it depends on the story.