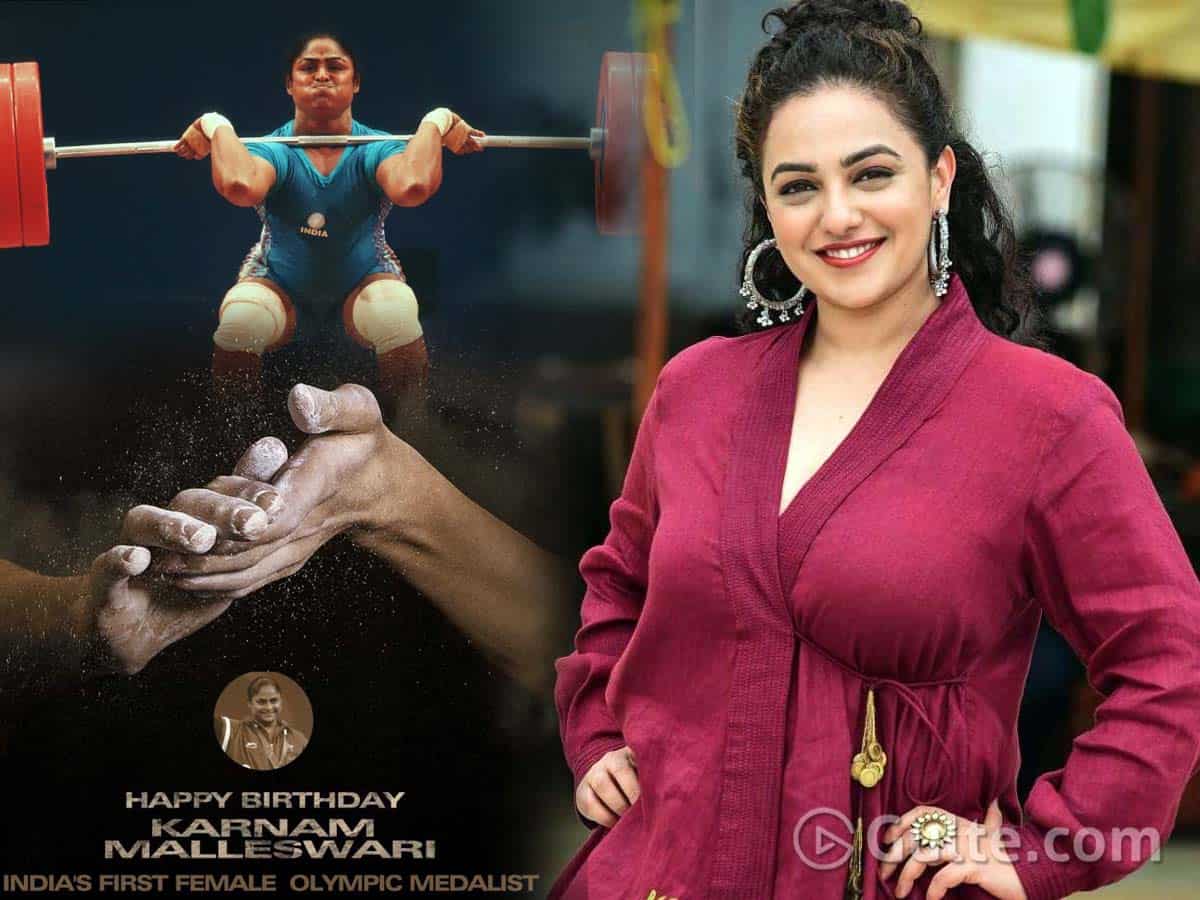 Yesterday, the makers of Olympic weightlifting medalist Karnam Malleswari’s biopic released the first look poster on the occasion of her birthday. The film will be made as a pan-India project and it will release in multiple Indian languages.

And the latest buzz in the T-town circles reveals that the makers had approached talented Malayalam actress Nithya Menen to play Karnam Malleswari in the biopic. They felt that Nithya’s pan-India popularity with Mission Mangal and Breathe 2 will be an added advantage for Malleswari’s biopic.

However, Nithya is said to have rejected the offer for reasons best known to her. In fact, the makers wanted to release the first look poster featuring Nithya Menen. Now that the Kerala beauty has refused to play the lead, the team is in search of a suitable actress who will be reprising the iconic weightlifting legend. The film will be directed by Sanjana Reddy.