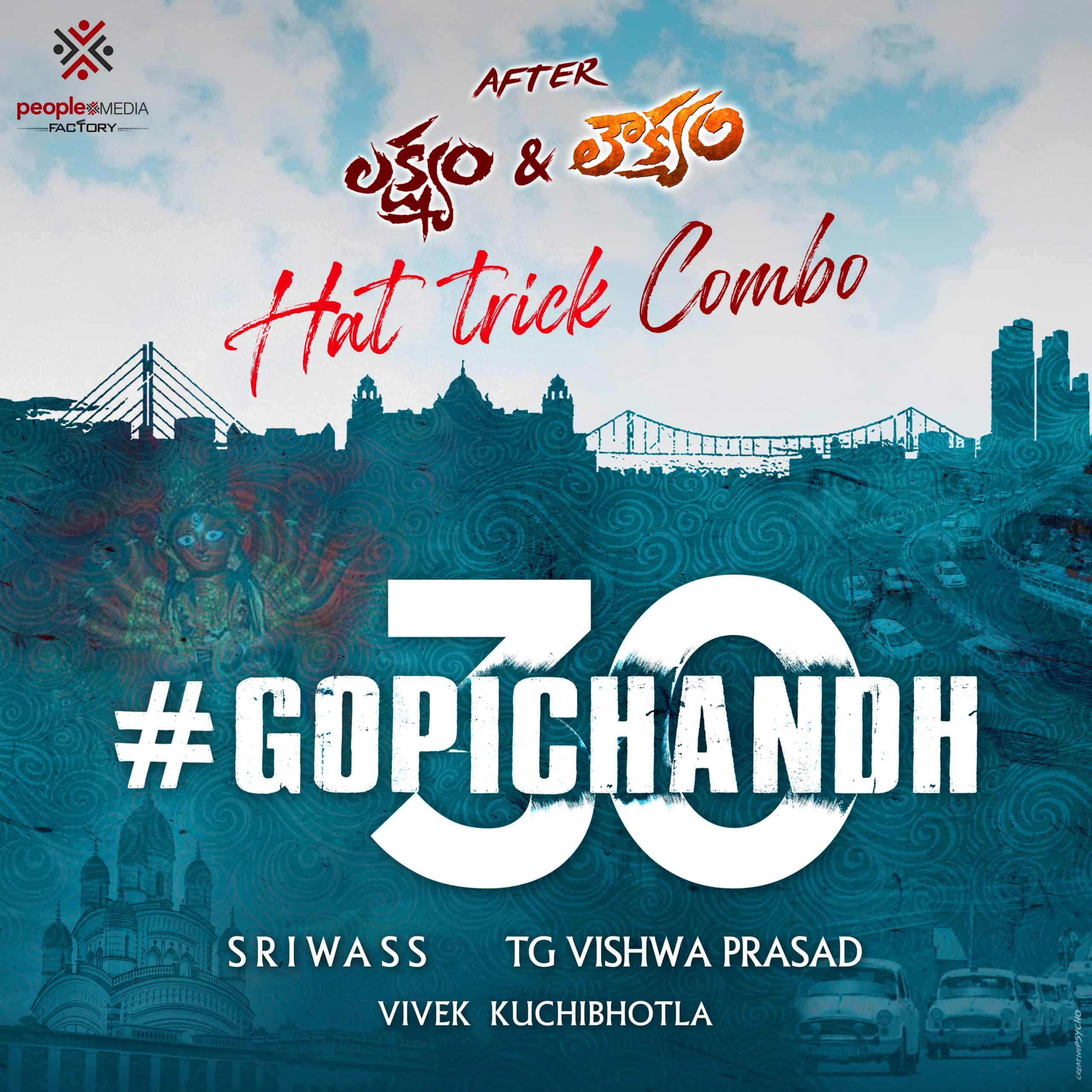 Macho hero Gopichand is presently shooting for his 29th film Pakka Commercial under the direction of Maruthi. The actor has announced his 30th film and it will be directed by Sriwass who earlier provided two commercial hits to Gopichand with Lakshyam and Loukyam.

Going by the poster where we can see Kali idol and Howrah Bridge, Kolkata is the backdrop of the film. Like Lakshyam and Loukyam, the hat-trick film in their combination is also said to be an out and out entertainer laced with family emotions.

The film’s story is penned by Bhupathi Raja. TG Viswa Prasad will produce the movie on People Media Factory and Vivek Kuchibhotla is the co-producer. The film is going to be most expensive one in Gopichand’s career and the makers are planning to rope in prominent actors and technicians.

Gopichand 30 will start rolling, after the actor wraps up Pakka Commercial. We need to wait and see whether the third film in Gopichand and Sriwass live up to the expectations!