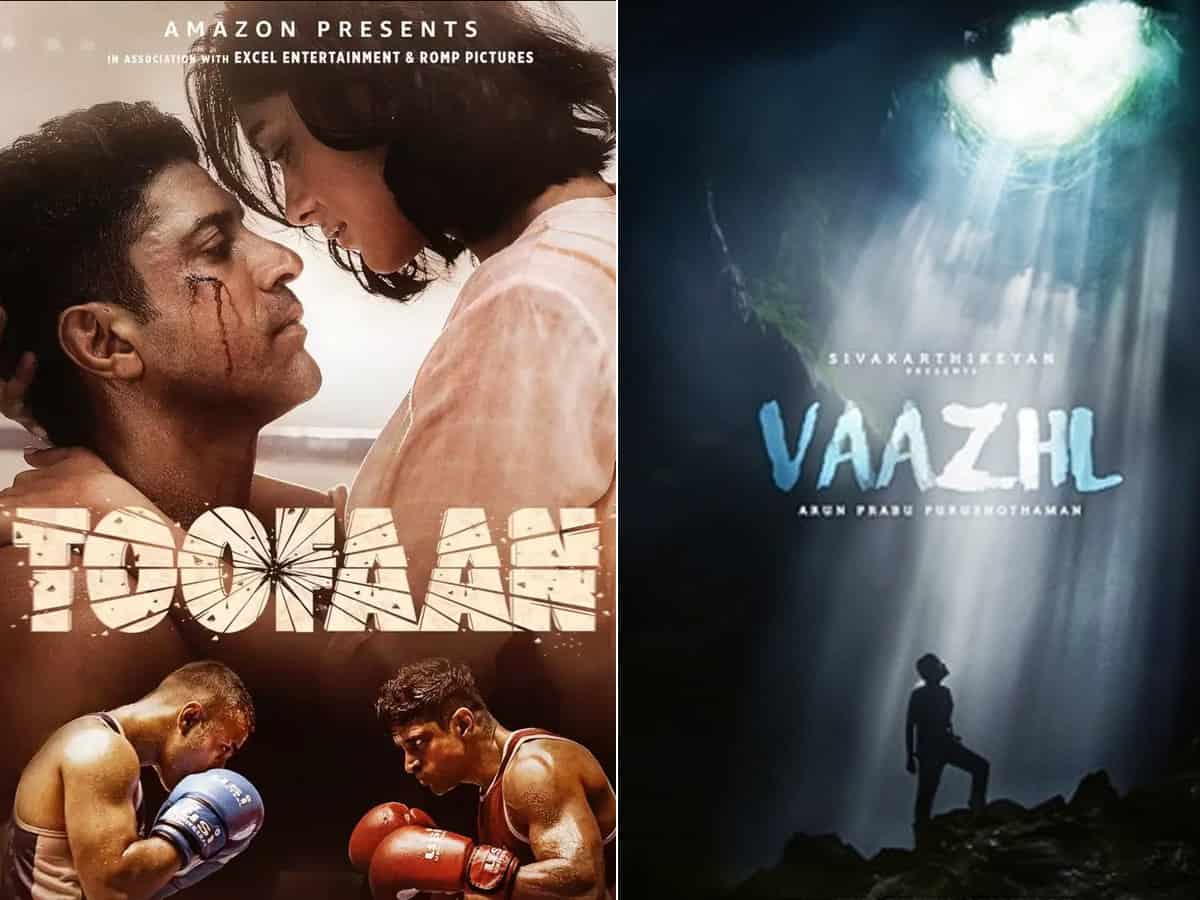 Farhan Akhtar-starrer Toofan is one of the most-anticipated projects in Bollywood. As it is the second film in the combination of Farhan and director Rakeysh Omprakash Mehra after Bhaag Milkha Bhaag, there are huge expectations on it. Toofan was under making for a long time and aimed for a theatrical release initially.

But the coronavirus pandemic and the lockdown have forced the makers to opt for a direct digital release on Amazon Prime Video. This sports drama premiered on Prime Video today.

Toofan traces the rise and fall of street fighter-turned-boxer Aziz Ali aka Ajju Bhai. The trailer of this boxing-based film got a good response from the viewers. Farhan went through massive physical transformation for the movie and his hard work can be seen on the screen. Paresh Rawal and Mrunal Thakur played the other lead roles in the film.

On the other side, Sony Liv started streaming the Tamil film Vaazhl today. This intriguing drama is backed by star hero Siva Karthikeyan. It is directed by Arun Prabhu Purushothaman who made the critically acclaimed film Aruvi in the past.

Vaazhl was in the making for the last two years and it was also slated for a theatrical release in February last year. But eventually, the pandemic made the film opt for an OTT release. Arun Prabhu stated in an interview that Vaazhl will not have a generic screenplay and will be completely different from his first film Aruvi.

If you are interested in watching something different, you can catch this film on Sony Liv.