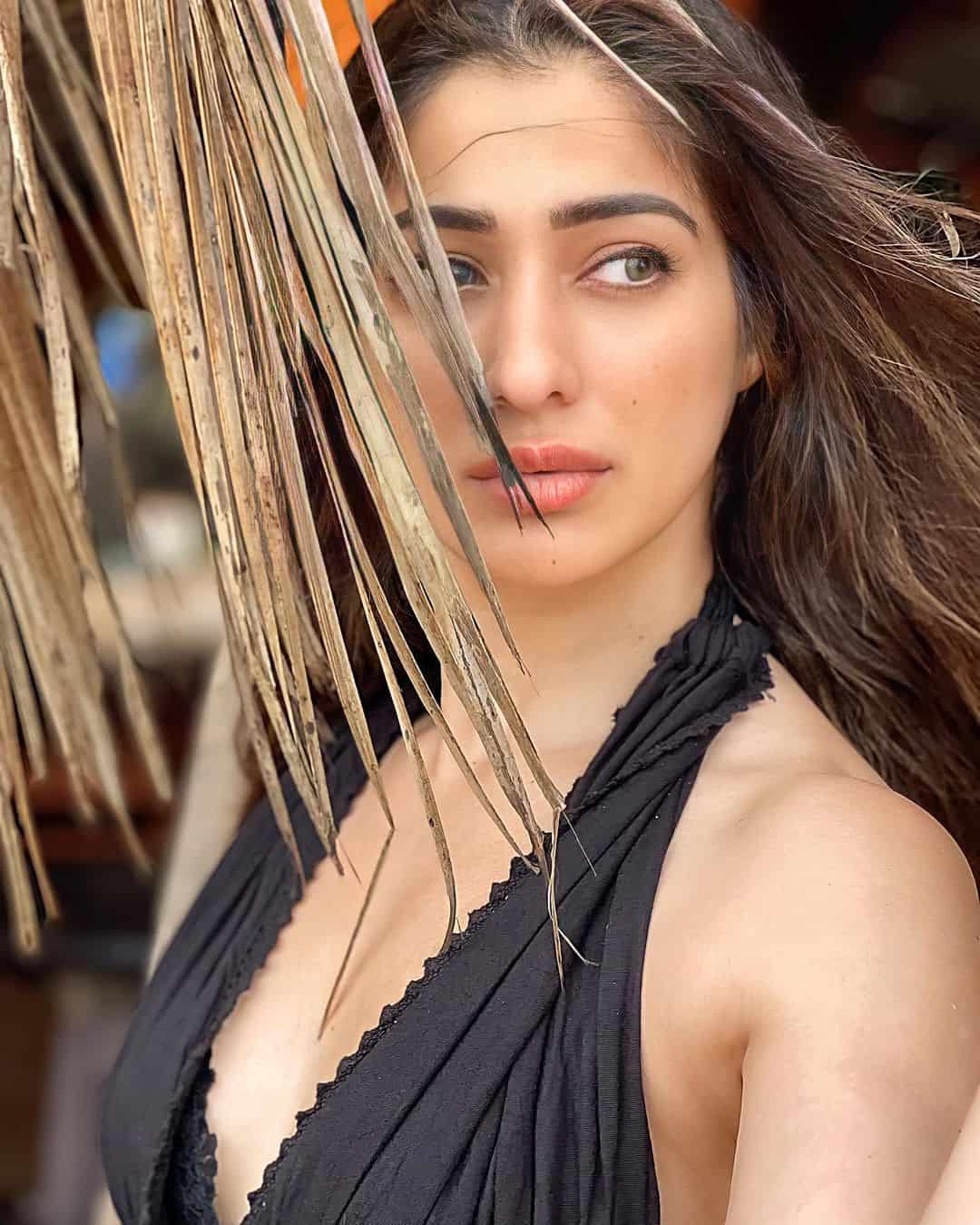 Lakshmi Raai aka Raai Laxmi amassed a huge following down the south with her glamorous roles in various Tamil and Telugu films.

Laxmi was also seen in hit special songs in the films like Khaidi No: 150 and Sardaar Gabbar Singh.

The tall actress has a huge number of followers on social media. She often raises the temperature on the internet with her stunning pictures.

Earlier today, Laxmi shared a gorgeous portrait of herself which seems to have been taken during a vacation. In this picture, Laxmi is seen in a black bikini top and posing amidst the dried leaves of a tree.

Going by her pose, it looks like she has been lost in thoughts. “Beautiful thoughts build a beautiful soul,” Raai Laxmi captioned the picture.

Fans are swooning over this spell-bounding picture and are flooding Laxmi’s timeline with comments.

On the work front, Raai Laxmi was last seen in the Tamil movie Mirugaa which ended up as a disappointing venture at the box office.