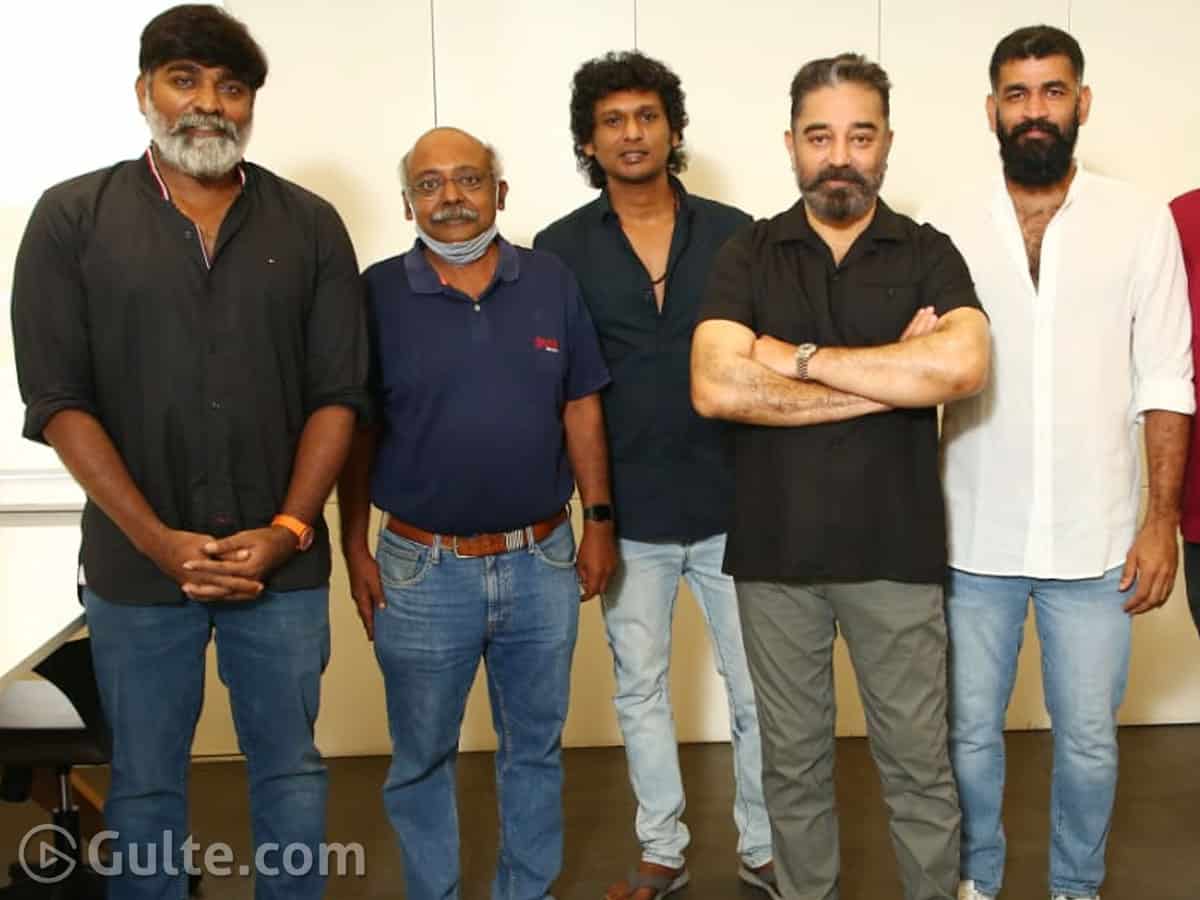 Ulaganayagan Kamal Haasan is currently busy working on an exciting film Vikram. Lokesh Kanagaraj is the film’s director. The film’s shoot began yesterday and Kamal joined the sets too. Sharing his experience, Kamal posted a couple of tweets.

In his tweets, Kamal revealed that he was never away from camera for a long time in these 50 years. He also welcomed the other actors Fahadh Faasil and Vijay Setupathi, calling them his brothers.

“Day one of VIKRAM. Felt like a High school reunion. In the past 50 years this is the longest I have been away from film shootings. Many film makers have not seen action for nearly a year. I welcome all my comrades from all echelons back to work at RKFI. Especially Mr.Lokesh and his enthusiastic team and my talented brothers, Mr.Vijay Sethupathi and Mr. Fahadh Faasil. @RKFI @Dir_Lokesh @VijaySethuOffl”

Lokesh Kanagaraj is presenting Kamal Haasan as a dreaded gangster in the film. The film will be an extended version of Kamal’s hit film Pothuraju, say the reports.