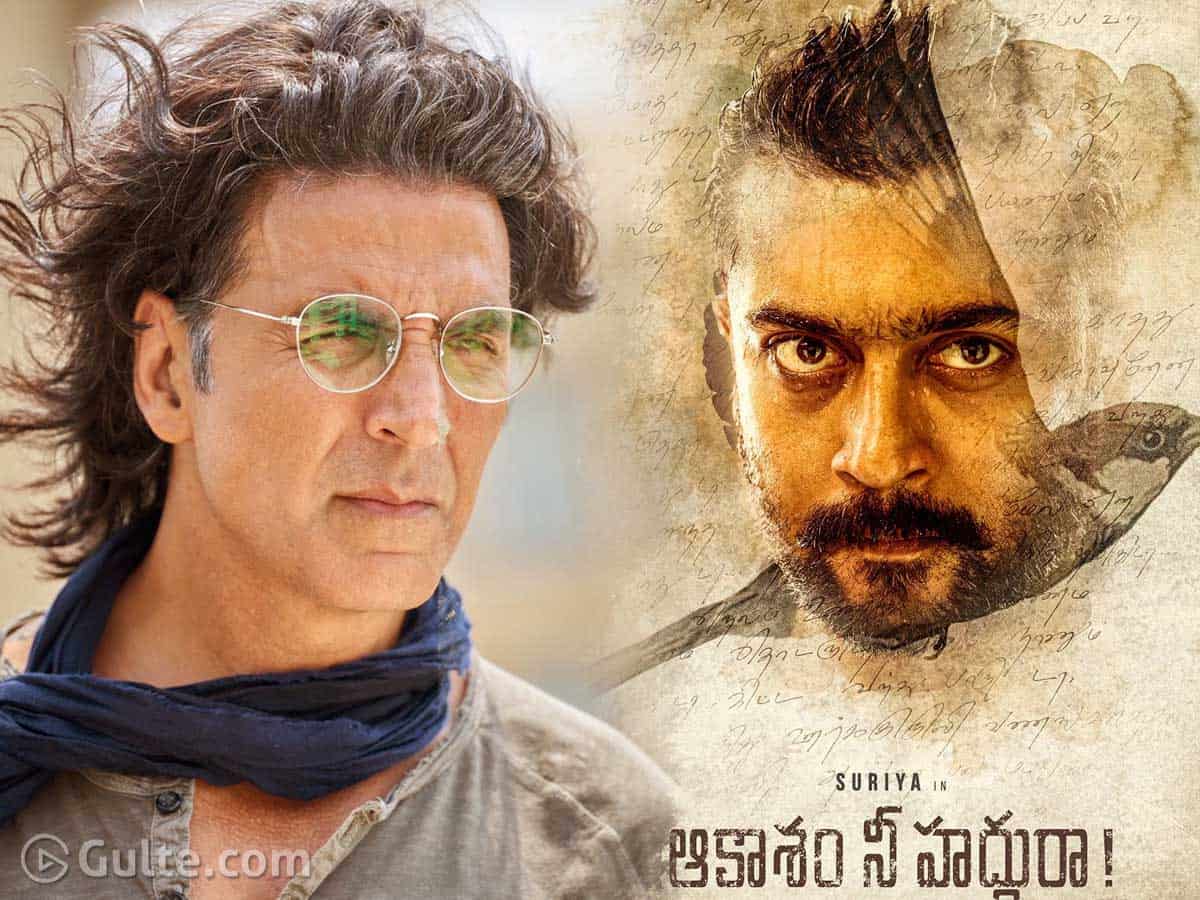 As we informed earlier, Bellamkonda Sreenivas’s Rakshasudu will have a Hindi remake and Bollywood’s action hero, Akshay Kumar is essaying the lead role.

The actor, who made a huge number of South remakes in Hindi such as Bhool Bhulaiyaa, Rowdy Rathore and Laxmi Bomb will be doing Rakshasudu as well.

One more remake that Akshay is planning to add to his list is Suriya’s Akasam Nee Haddura. He is going to reprise Suriya’s role in the Hindi remake.

Titled Soorarai Pottru in Tamil, the film is based on the life of Deccan Airways founder Captain GR Gopinath.

The Hindi remake of the same will be produced by Suriya along with Abundantia Entertainment. Sudha Kongara, the director of the original, will direct the Hindi remake.

Bollywood has so far made several remakes of South’s blockbusters. But most of them failed to bring the essence of the original. Only a few flicks such as Singham, Drishyam, and Ghajini could live up to the par.

On the work front, apart from the above-mentioned, Akshay Kumar also has ‘Bell Bottom’ and ‘Sooryavanshi’ ready for release.