#LakshyasFriday: One Update Every Friday 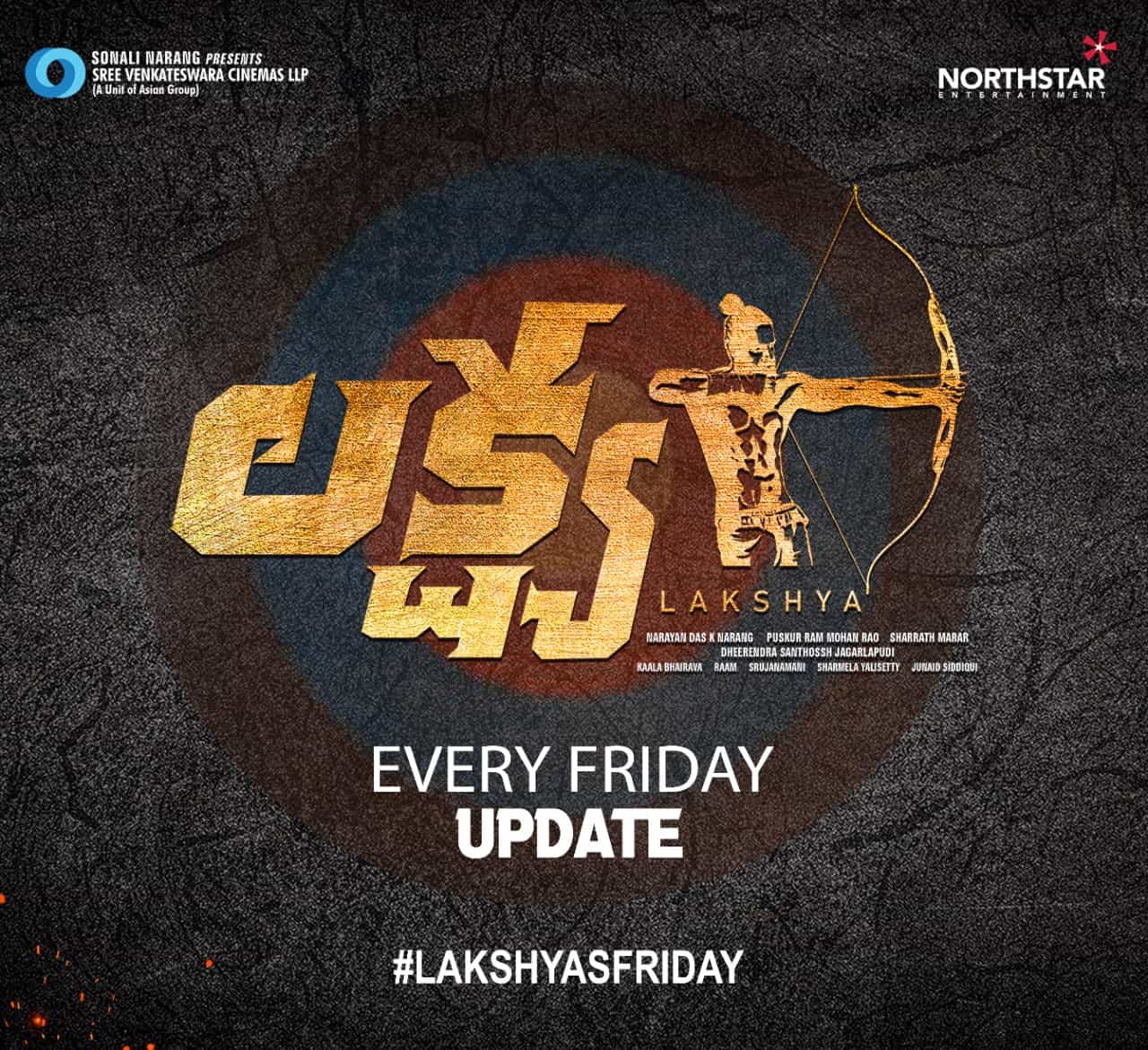 Young Hero Naga Shaurya underwent a complete transformation and is seen in an absolute ripper of a look for his next, Lakshya. The teaser of the film released earlier this year has got a sensational response.

As the movie’s shooting nears completion, the team has embarked on a massive promotional blitzkrieg under a new hashtag #LakshyasFriday. The plan is to unveil one update of the film every Friday going forward. These extensive promotions will continue until the movie release.

Santhossh Jagarlapudi is directing the film which is being bankrolled by NarayanaDas K. Narang, Puskur Ram Mohan Rao, Sharrath Marar. Ketika Sharma is playing as heroine in this film while versatile actor Jagapathi Babu will be seen in a crucial role.