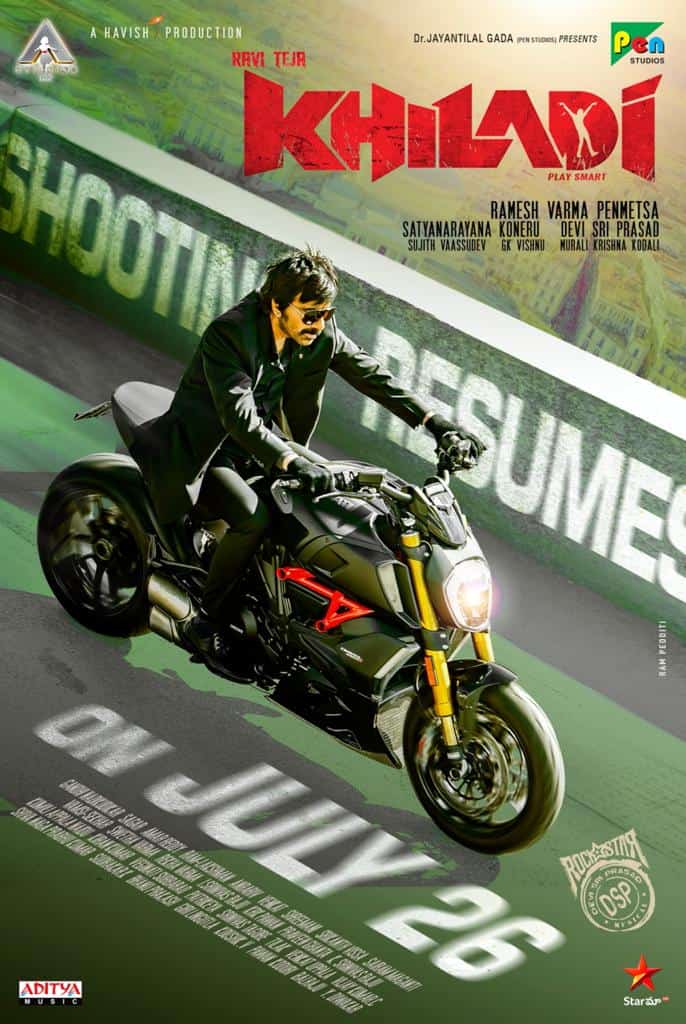 Mass Maharaja Ravi Teja who is riding high with the success of Krack is presently busy shooting for Ramarao On Duty under the direction of Sarath Mandava. Meanwhile, makers of his other film Khiladi have come up with an update of recommencing shooting on July 26th.

They made the announcement with a new poster where Ravi Teja can be seen riding an expensive bike. There’s intensity in his face, Ravi Teja appears dapper here.

Ramesh Varma whose last movie Rakshasudu was a superhit is directing the movie, while Satyanarayana Koneru is producing it. The film features Meenakshi Chaudhary and Dimple Hayathi playing leading ladies opposite Ravi Teja.