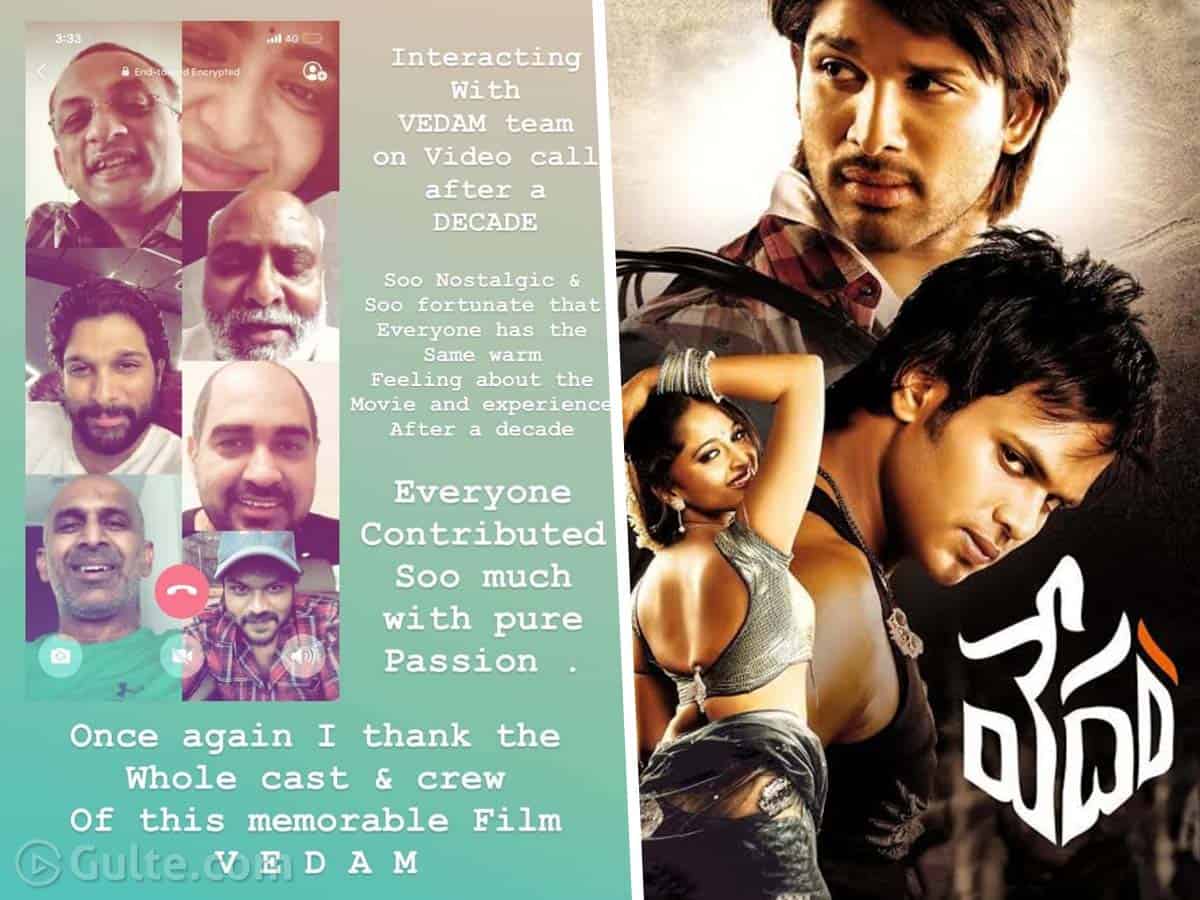 The film ‘Vedam’ has completed ten years of its release. Back then it was one of the critically acclaimed films. A second directorial of Krish Jagarlamudi, the film featured Stylish Star Allu Arjun and Manchu Manoj. Probably after a long time in Telugu, two happening heroes have featured in a film and it also kind of revived the multi-starrers too.

On this occasion, Bunny thanked everyone who was part of the film. “A Decade of Vedam. I would Like to Thank each and everyone who is a part of this beautiful journey. I heart fully thank @dirkrish for his vision n passion. And I would like to thank @HeroManoj1 #Anushka @BajpayeeManoj Ji & many other actors & technicians for their support,” tweeted Bunny.

And post lunch, the main cast and crew of the film interacted with each other. Sharing this Bunny posted, “Interacting with Vedam Team After a Decade again. The love and warmth is still the same #DecadeofVedam.”

For his performance as ‘Cable Raju’ Allu Arjun went on to win Filmfare award in the Best Actor category.