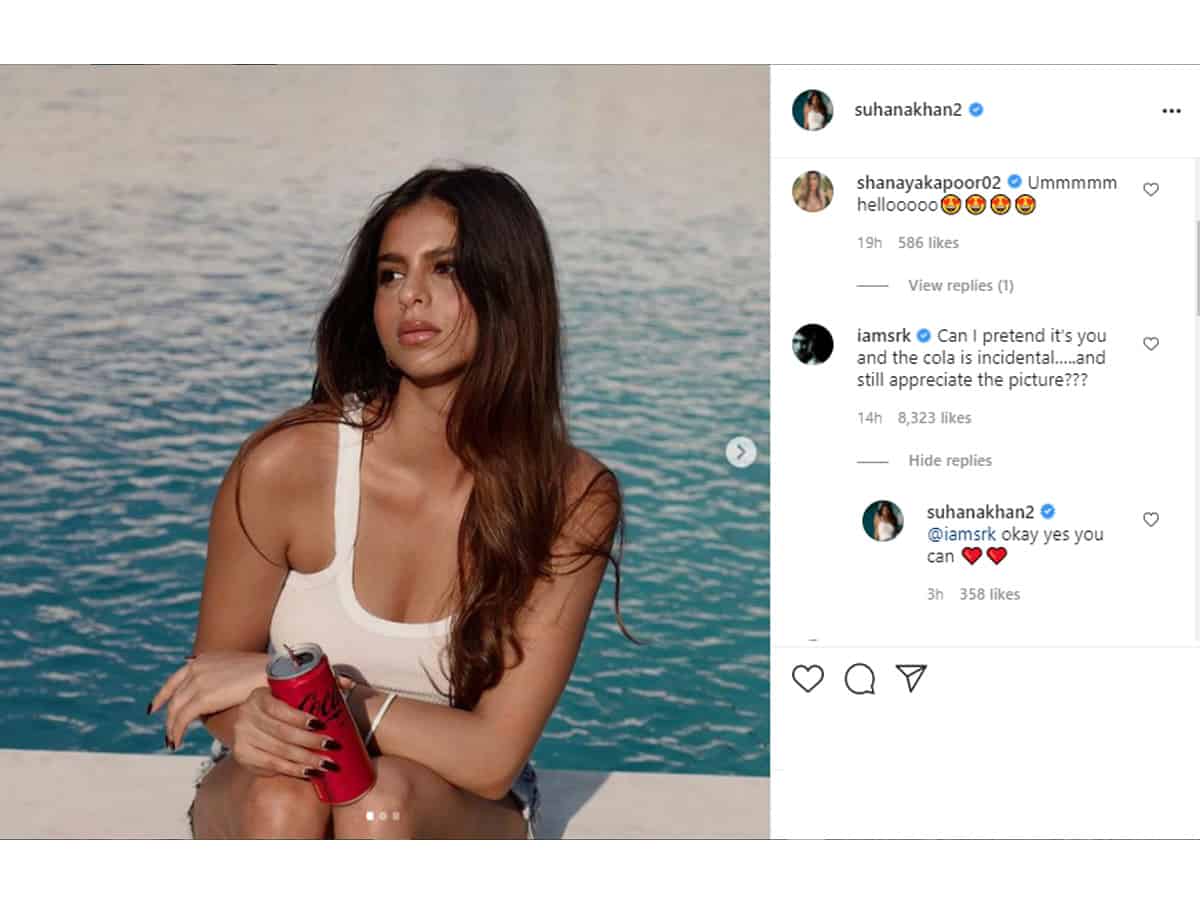 Shah Rukh Khan’s daughter, Suhana Khan, who often treats her massive fan following on social media with her stunning pictures, once again shared a set of pictures. Holding a coca-cola can, Suhana can be seen dressed in a white tank tee and denim shorts.

She looks fabulous as always. Moreover, her sense of humour, just like her dad, is too good to give a miss. She captioned the photos as “Pretend it’s a Pepsi and I’m Cindy Crawford.” The caption has already made us chuckle. But what’s wittier is a comment from her dad, SRK.

“Can I pretend it’s you and the cola is incidental… and still appreciate the picture?” SRK wrote. He sounds like a perfect and ideal dad, isn’t he? His comment is now the most liked on Suhana’s post – over 8000 (and counting) in just seven hours!

Along with many fans, celebs such as Shanaya Kapoor, Seema Khan, Bhavana Panday too reacted to the image. The pictures have been clicked by Gauri Khan, who also shared the images on social media with a caption, “ Blue is my favourite colour.” Currently, Suhana is studying art and filmmaking in New York. She aspires to be an actress and will soon make her Bollywood debut.