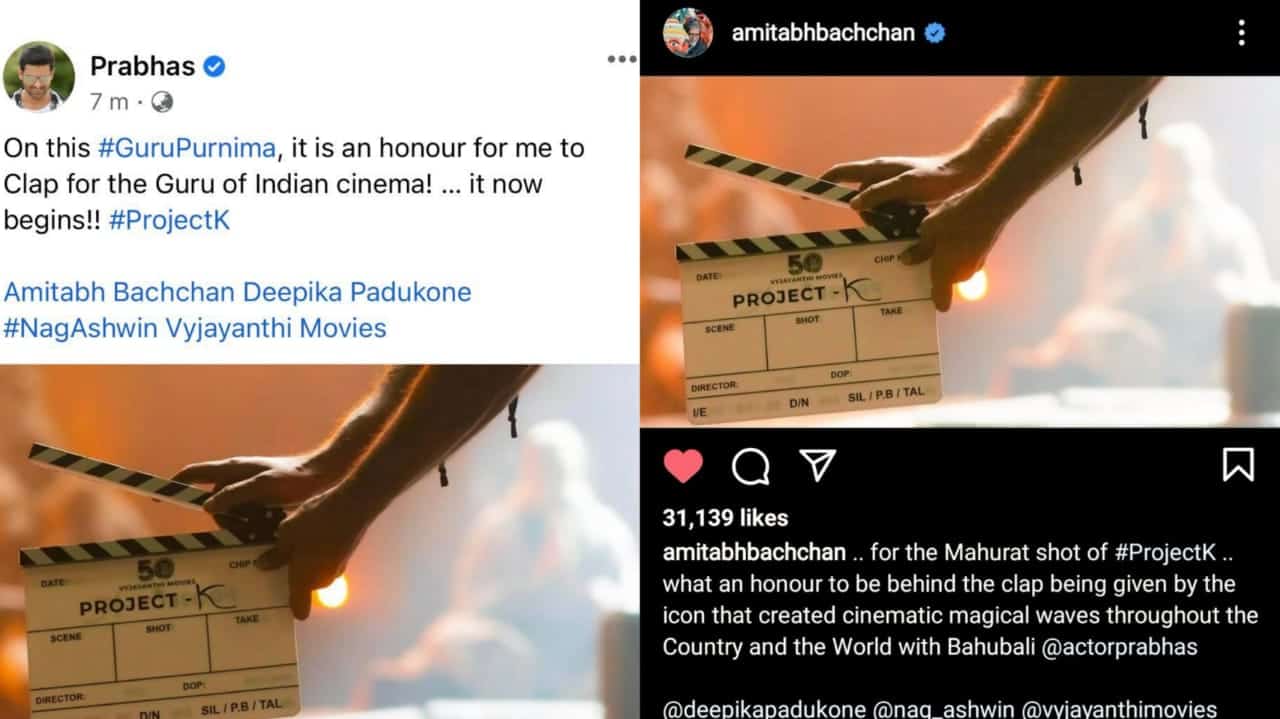 Young Rebel Star Prabhas’s next with Nag Ashwin went on floors today. Prabhas gave the clap for the muhurtham shot on Amitabh Bachchan. The movie is tentatively titled Project K. Speaking on this occasion on Facebook, Prabhas called the Legendary actor as Guru of Indian Cinema.

He wrote – “On this #GuruPurnima, it is an honor for me to Clap for the Guru of Indian cinema! … it now begins!! #ProjectK”. Amitabh Bachchan also revealed his affection for Prabhas with a message on Instagram.

“For the Mahurat shot of #ProjectK .. what an honor to be behind the clap being given by the icon that created cinematic magical waves throughout the Country and the World with Bahubali @actorprabhas,” he wrote. The messages are testimonies of how they respect each other.

Bollywood Diva Deepika Padukone is seen alongside Prabhas in the film. Senior Producer Aswini Dutt bankrolls the film on his Vyjayanthi Movies Banner.