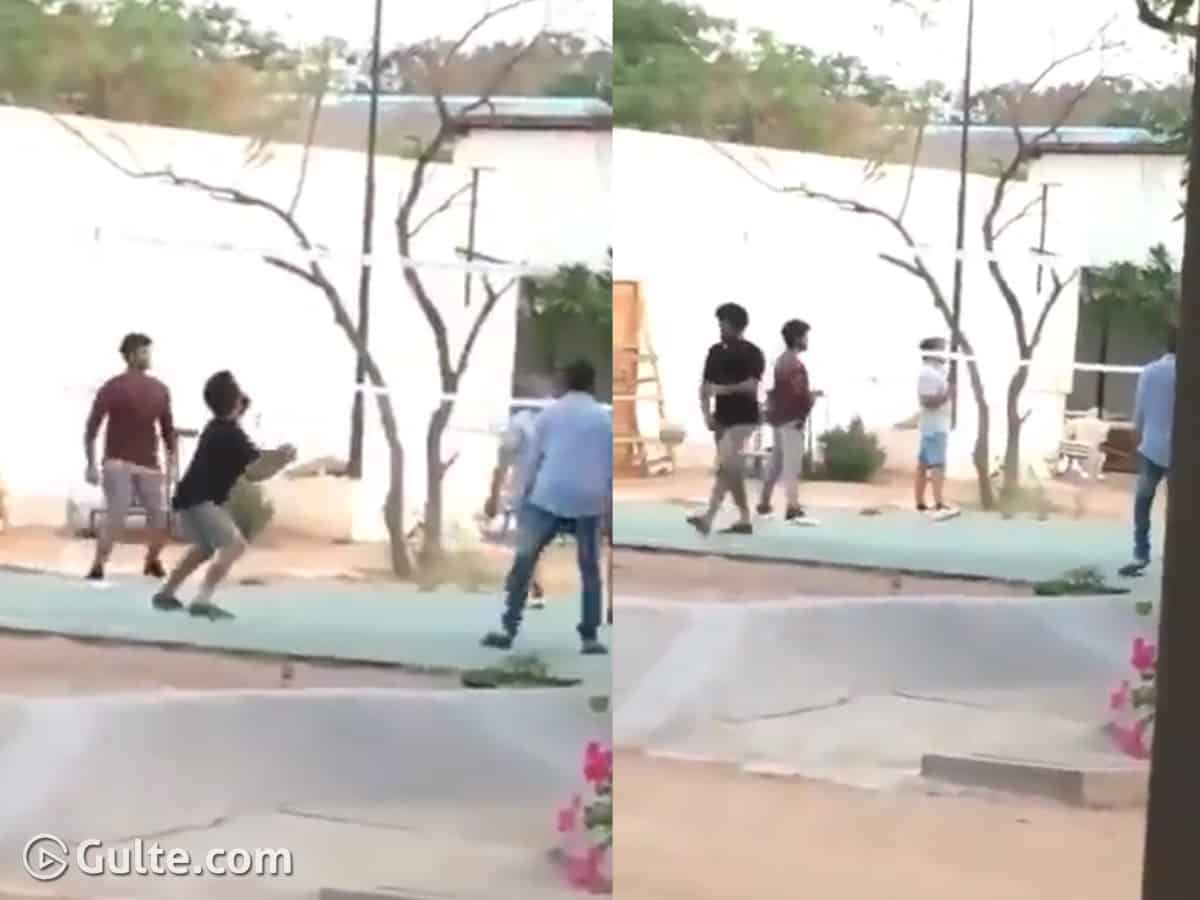 Any small update from RRR results in a big celebration of fans. Sometimes, a few pictures were also leaked on the internet and went viral. Now, one such video of NTR Jr. and SS Rajamouli has been leaked on social media and fans are spreading it on all the platforms.

In this video clip, we can see both NTR and Rajamouli playing volleyball with other team members. It looks like the video has been taken recently and the duo has taken some time off their hectic work schedule to chill by playing volleyball.

Both have played pretty well and fans are elated to see this unknown talent of the actor and the director. Meanwhile, the makers of RRR have announced that the first song of the film, Dosti, will be out on August 1st at 11 AM, on the occasion of Friendship Day.

RRR features Ram Charan in the other lead role. Ajay Devgn, Alia Bhatt, and Olivia Morris are playing pivotal roles in it. The magnum opus is slated for release on October 13.