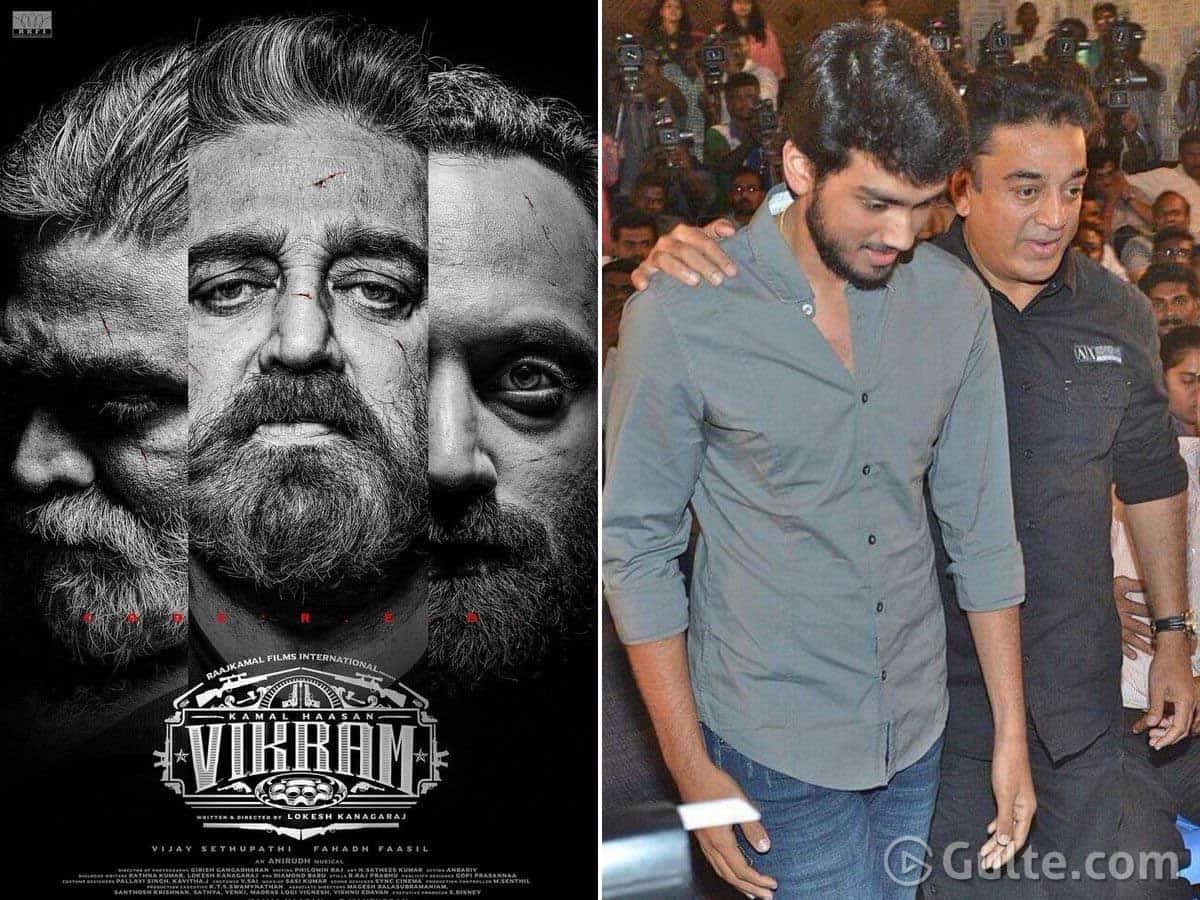 Kamal Haasan’s upcoming action thriller Vikram is becoming bigger with each passing day. Already, talented stars Vijay Sethupathi and Fahadh Faasil have been roped in to play pivotal roles in the movie. Now, it is heard that yet another noted actor joined this big cast.

As per the grapevine in the Tamil film industry, Jayaram’s son Kalidas Jayaram will play a key role in this movie. Apparently, he will be seen as Kamal’s son in it. It seems that Kamal is playing the role of a visually impaired man in the film.

Jayaram and Kamal are very good friends and share a close bonding with each other. They have also acted together in films like Panchathanthiram, Thenali, and Uttama Villain. In fact, Kamal also introduced Kalidas to media when the young actor was debuting with the film Oru Pakka Kathai.

Kalidas is expected to join Vikram’s sets soon. Directed by Lokesh Kanagaraj, Vikram went on the floors a few days back. Kamal Haasan is bankrolling the project under the banner of Raaj Kamal Films International. Anirudh Ravichander is composing the music of it.