Narappa Has Been Watched In 180 Countries: Suresh Babu 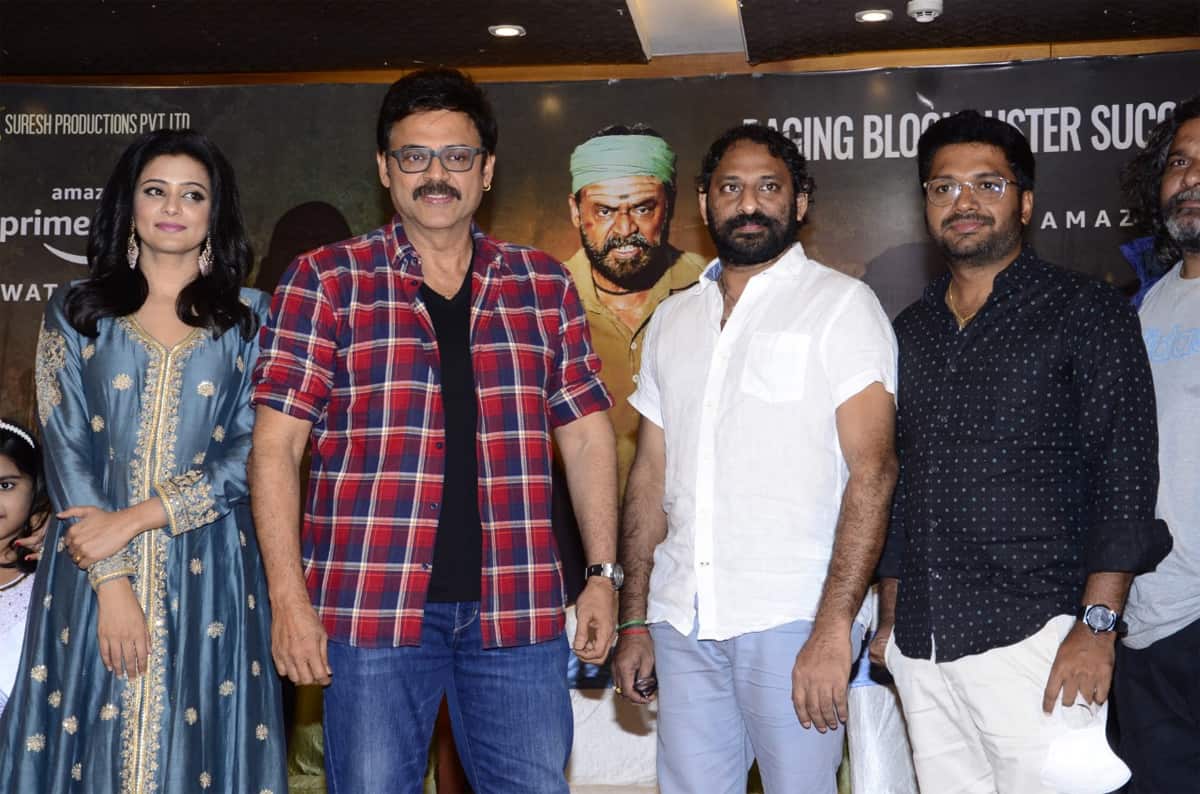 Victory Venkatesh’s Narappa has had its success meet in Hyderabad. The cast and crew of the film and F3 director Anil Ravipudi attended.

Speaking at the event, Venkatesh said,”I did many challenging characters in my career but this is a big challenge for me.  It have a scope to do something different and challenge myself. I felt like a family working with this team. So I managed to play the protective father easily. I will treat my fans in theaters with F3″.

National award winner Priyamani said, “There are pics of all the heroines who worked for Suresh Productions in Ramanaidu Studios. I always wanted my pictures there and I finally managed to do that. It’s my privilege to work with Venky Sir. He told me it is destined for us to work together for this film after I lost 2-3 films in their combination due to dates. I am so happy to get this opportunity”.

Suresh Babu said, “I usually watch my films morning show on the first day and the next day to ascertain its box office performance. It is a different experience this time. But Amazon people told me it has been watched in all 4,400 towns where they are available. The platform screened the film in 225 countries and there have been registrations in 180 countries”.