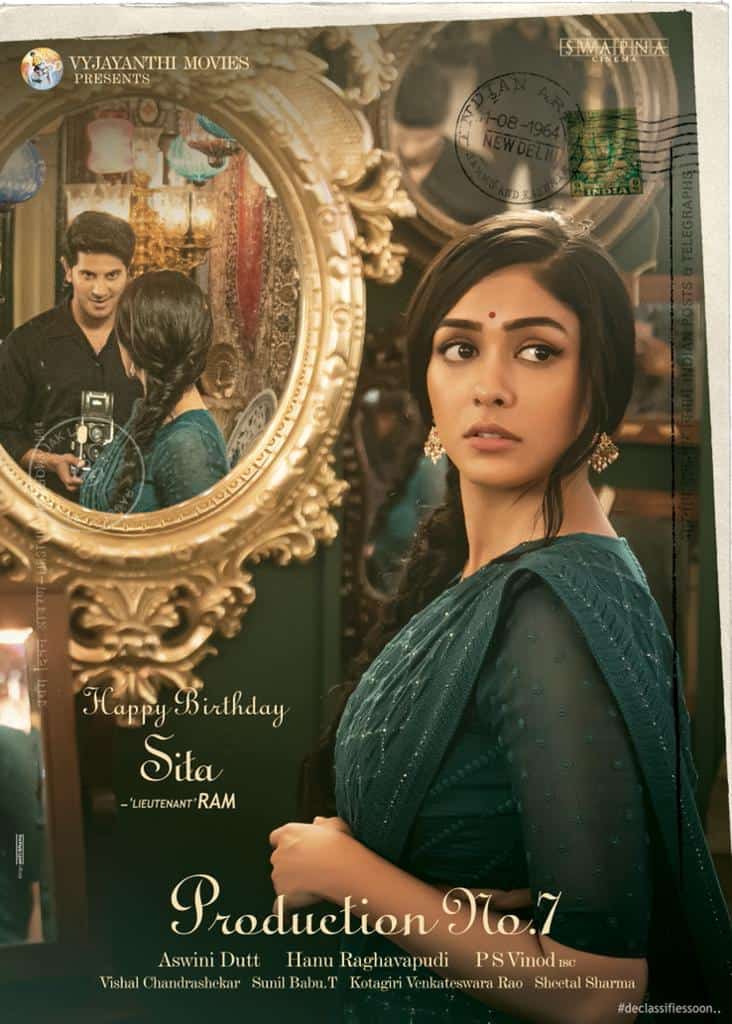 Dulquer Salmaan and Hanu Raghavapudi have teamed up for a romantic war film where the protagonist will be seen as Lieutenant Ram. The makers have today introduced the actress to play opposite Dulquer in the movie.

It’s upcoming Bollywood actress Mrunalini Thakur who plays Dulquer’s love interest in the movie. On the occasion of her birthday, a glimpse to introduce her character as Sita is unveiled. She looks gorgeous here, as she poses for a photograph, though she stares into the eyes of Dulquer whom she loves the most.

Mrunal Thakur is here to stay, we must say, as she has already proved her acting prowess in Bollywood movies and she appears stunning here in the poster.