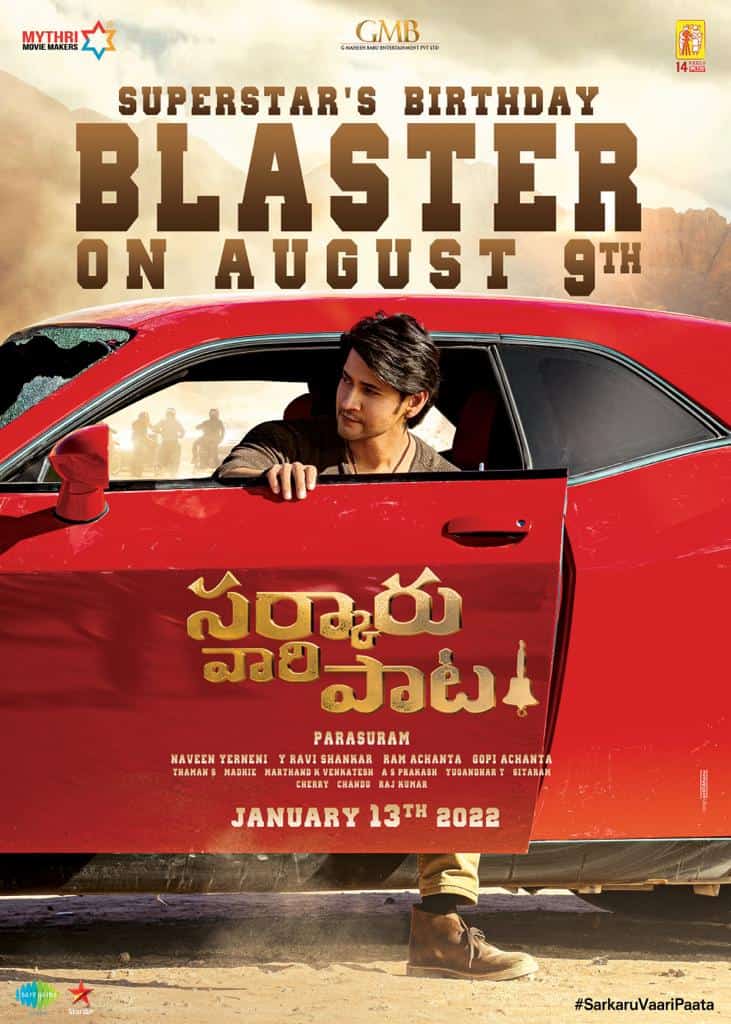 The Poster is now Telugu film industry’s most liked (95.6k) and retweeted (49.1k) poster of all time in the first 24 hours after its release. The numbers speak about the rampage of the Superstar on social media.

Mahesh Babu fans are all charged up and are waiting to create bigger records with the teaser releasing on August 9th as Mahesh Babu’s Birthday Special. Sarkaru Vaari Paata is announced for January 13th 2022 release as Sankranthi Special.