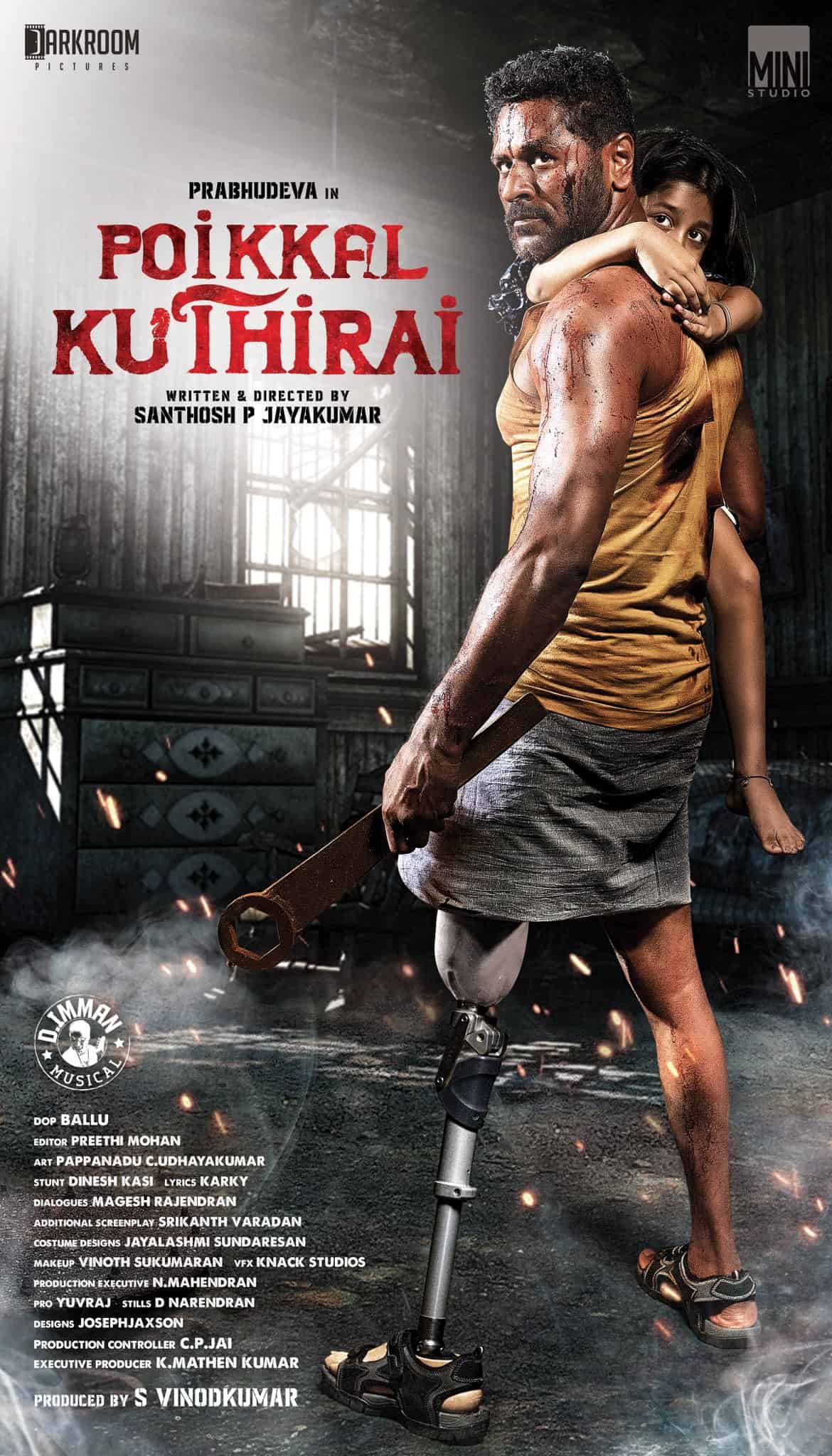 The film’s director earlier came up with the films Hara Hara Mahadev Ki and Ghajinikanth. This time, he has taken up a different genre with Poikkal Kuthirai. The director calls it an emotional action flick.

The film unit had to fold Prabhu Deva’s leg backward and tie it. The makers heaped praises on Prabhu Deva for his cooperation.

The film features Varalaxmi Sarathkumar and Raiza Wilson playing female leads. Prakash Raj, Samuthirakani, and John Kokken are also a part of the project. D Imman is composing the music.

The film is expected to hit the screens by December this year.