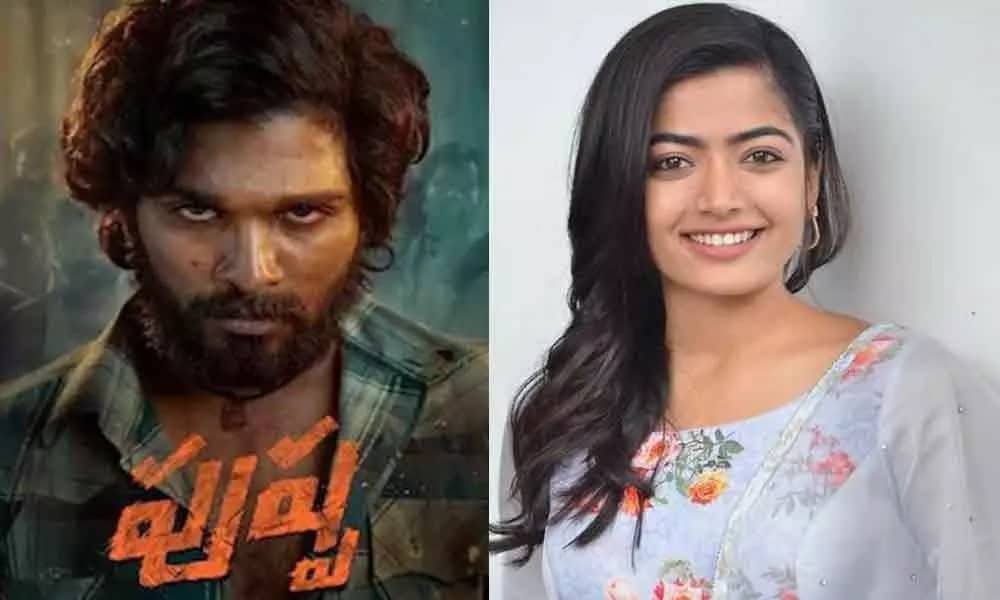 After the humongous success of Ala…Vaikunthapurramuloo, Allu Arjun decided to come up with an action thriller called Pushpa. Directed by Sukumar, this movie is being made in two parts. Rashmika Mandanna is playing the female lead in it.

According to the latest buzz, both Allu Arjun and Rashmika will be seen as a married couple in the movie. Apparently, Rashmika is playing the role of a homemaker. It is already known that Arjun is essaying the character of a red sandalwood smuggler.

Pushpa part-1 showcases how the protagonist smuggles red sandalwood while the latter part justifies his actions. Both Allu Arjun and Rashmika have learnt the Chittoor dialect for this movie. The shooting of the first part is in the final stages. It will hit the screens during Christmas festive weekend. The second part will release in 2022.

Pushpa features Fahadh Faasil as the antagonist. Devi Sri Prasad is composing the music for it. The film will have a simultaneous release in Telugu, Tamil, Malayalam, Kannada, and Hindi.