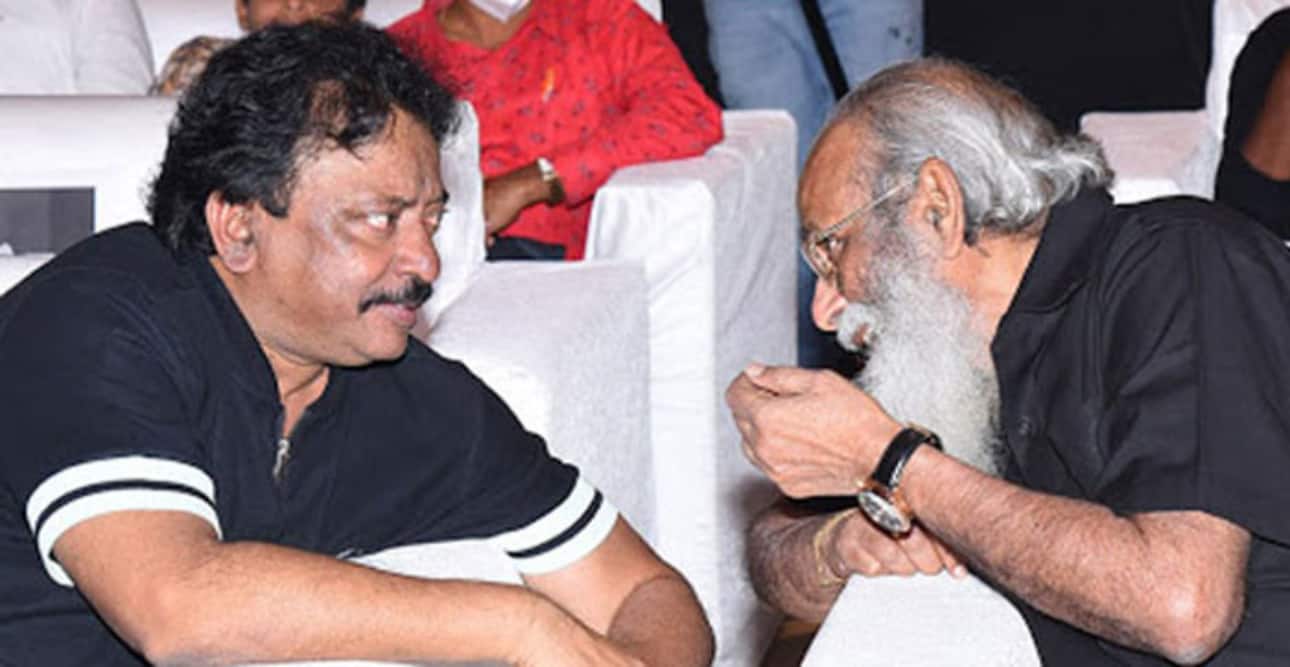 Ram Gopal Varma is a man who speaks his mind. He has no qualms about saying whatever he wants to say. Many celebrities have fallen prey to his straightforward attitude. The latest victim of his sarcasm is star writer KV Vijayendra Prasad.

Both Ram Gopal Varma and Vijayendra Prasad have attended the pre-release event of Sunil’s Kanabaduta Ledu the other day. Varma made sarcastic punches on Vijayendra which the latter took in a sporting way.

Speaking at the event, Varma said, “I don’t want to greet the people on stage or off the stage. I don’t want them to greet me as well.” Varma then made counters on Vijayendra Prasad’s long beard.

“I wanted to ask you a question for a long time. Is Modi your inspiration to grow such a long beard? or is it Ravindranath Tagore? or Valmiki, who wrote Ramayana? or did you want to grow the beard longer than your son Rajamouli so that he can’t overtake you?” he asked.

Vijayendra Prasad and the other guests at the event split into laughs while RGV made these comments on stage.

Meanwhile, Kanabadutaledu will have a direct theatrical release. Makers are planning to release on 13th August.