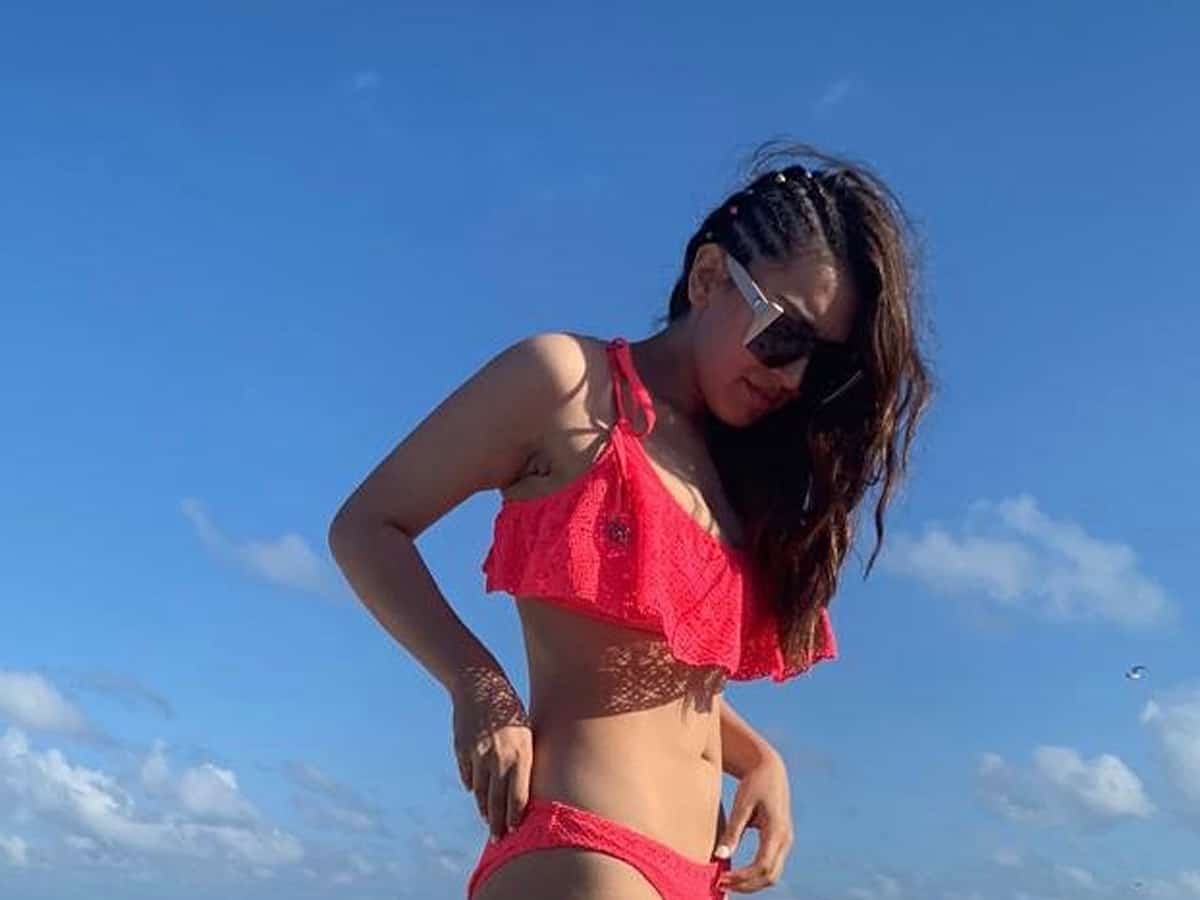 Hansika Motwani made her acting debut with Allu Arjun’s Desamuduru. She was aged 15 during the time of the film’s release and went on to win the Filmfare award for Best Female Debut – South for her performance in the film.

Today, Hansika is ringing in her 30th birthday and on the occasion, she is enjoying a leisurely vacation in Maldives.

A short while back, Hansika shared a snap of herself in a two-piece bikini. She is spotted in a pink-coloured bikini as she flaunts her flat midriff in an eye-pleasing way.

“Hey H, Happy Birthday,” Hansika captioned the photo as she wishes herself a happy birthday.

Hansika will soon be resuming shooting for her ongoing film titled 105 Minutes. This concept oriented film features only one actor and that is Hansika.