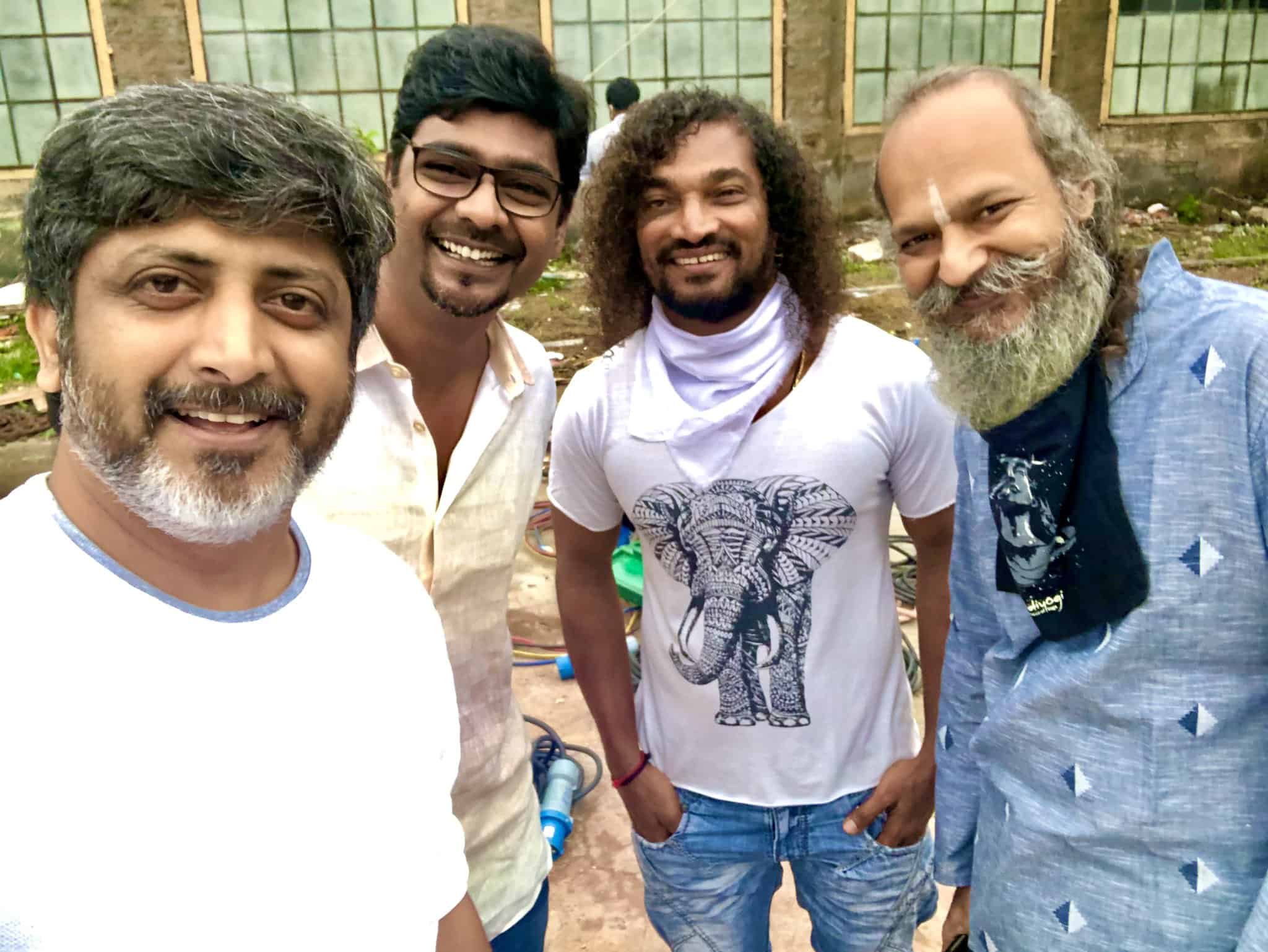 Megastar Chiranjeevi’s 153rd film has hit the sets on Friday morning. Director Mohana Raja shared a picture from the location and it had him alongside the technicians of the film. Nirav Shah is handling the cinematography for this film while Suresh Selvarajan is doing the production design.

“With the blessings of parents and well wishers starting next journey, this time a Mega one. Getting set with an amazing team,” tweeted Mohana Raja. Stunt composer Silva is also seen in the picture and the shooting reportedly started with an action episode.

However, the prime cast of the film are yet to be revealed. #Chiru153 is the official remake of Malayalam movie ‘Lucifer’ and it’s a political thriller with full of commercial elements.

Last evening Thaman shared an update that he has wrapped up a tune and Megastar was impressed by it.

RB Chowdary and NV Prasad are jointly producing #Chiru153 while Konidela Production Company is presenting it.