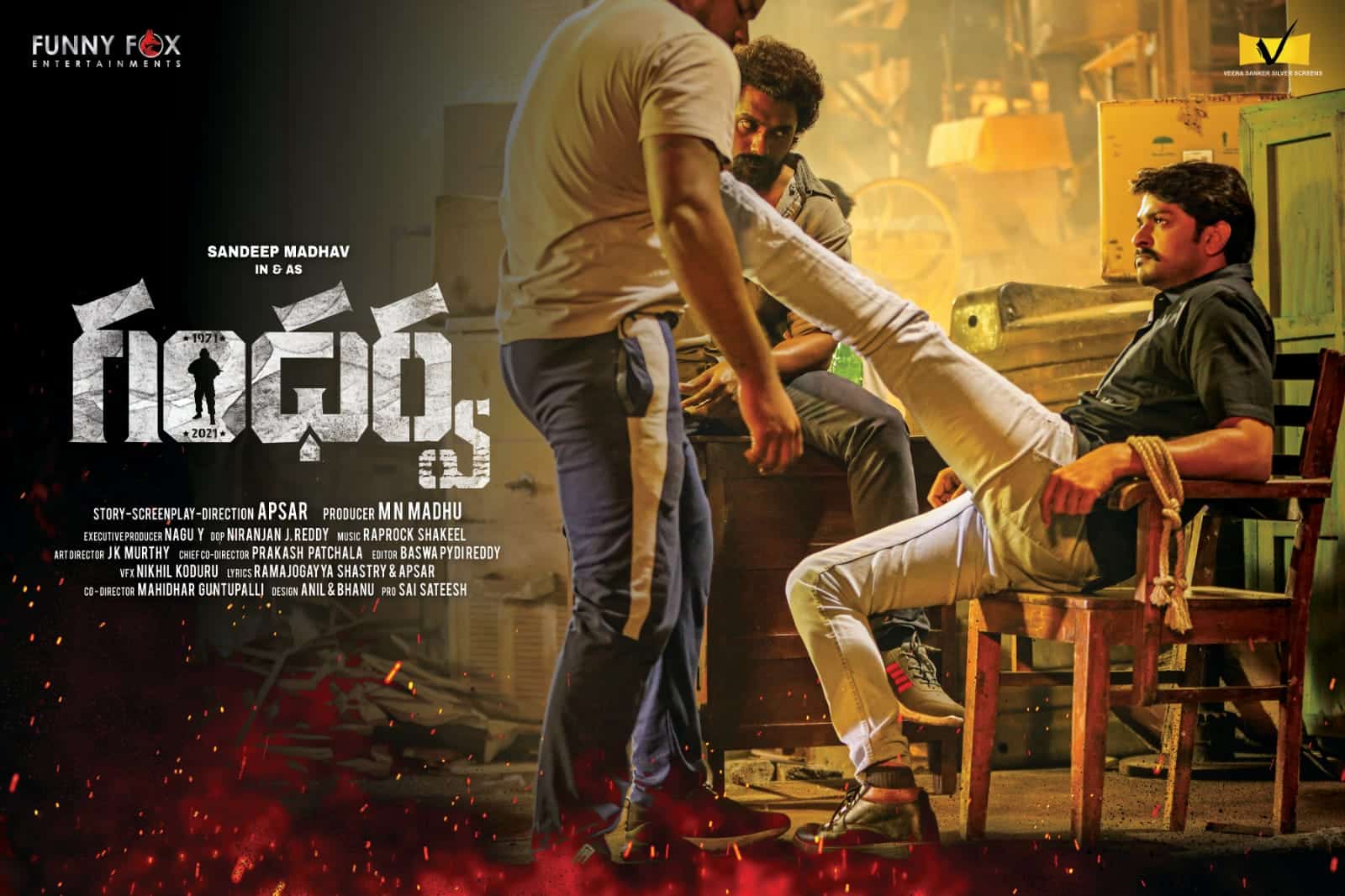 Sandeep Madhav who was last seen in George Reddy has teamed up with a debut director Apsar for a film titled Gandharwa. Gayathri R Suresh plays the female lead and Sheetal Bhatt is the other heroine in the film bankrolled by MN Madhu.

The makers on the occasion of Independence Day have dropped first look as well as motion poster of Gandharwa. The poster looks action-packed as Sandeep is seen taking on two rowdies, though his hands are tied to a wooden chair.

Raprock Shakeel renders soundtracks, while Niranjan J Reddy is the cinematographer. Billed to be a unique action thriller, Gandharwa is nearing completion.