Why Chiru Left Out Tollywood Bigwigs? 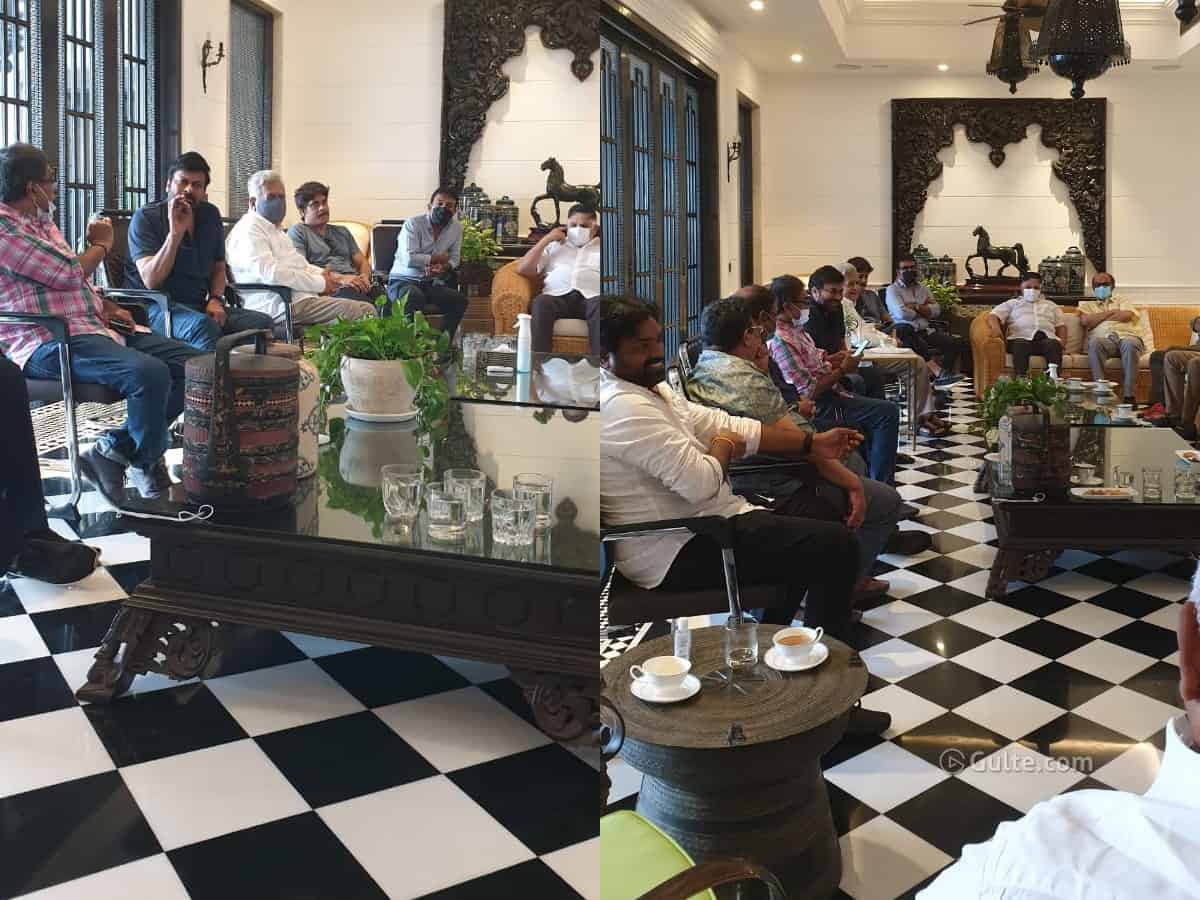 After Dasari Narayana Rao’s demise, Chiranjeevi stepped in to fill the huge void. For the last few years, Chiru has been a bridge between Tollywood and the governments of Andhra Pradesh and Telangana. Both the state CMs respect Chiru’s seniority and the actor also shares a good rapport with most of the bigwigs in Tollywood, barring a few stars.

However, Chiru and Tollywood celebs’ meeting with Telangana CM KCR last summer to discuss the issues pertaining to the film industry in the wake of Covid second wave turned controversial. Senior hero Balakrishna openly vented out his frustration on not being invited to the meeting by Chiru & Co.

Now, Chiru was recently invited to a meeting with AP CM YS Jagan this month end to discuss issues like ticket pricing and tax rebate. Ahead of Jagan’s meeting, Chiru invited several Tollywood celebs to his residence yesterday. And it looks like Chiru has done the same mistake yet again. Balakrishna was once again nowhere to be seen in yesterday’s meeting.

However, it remains to be seen if these celebs were totally uninvited by Chiru or if they were invited but could not attend the meeting yesterday. If Balakrishna doesn’t attend the meeting with YS Jagan, needless to say, it will cause yet another storm in Tollywood. All eyes are on Chiranjeevi to see how he will handle this issue and resolve it amicably.