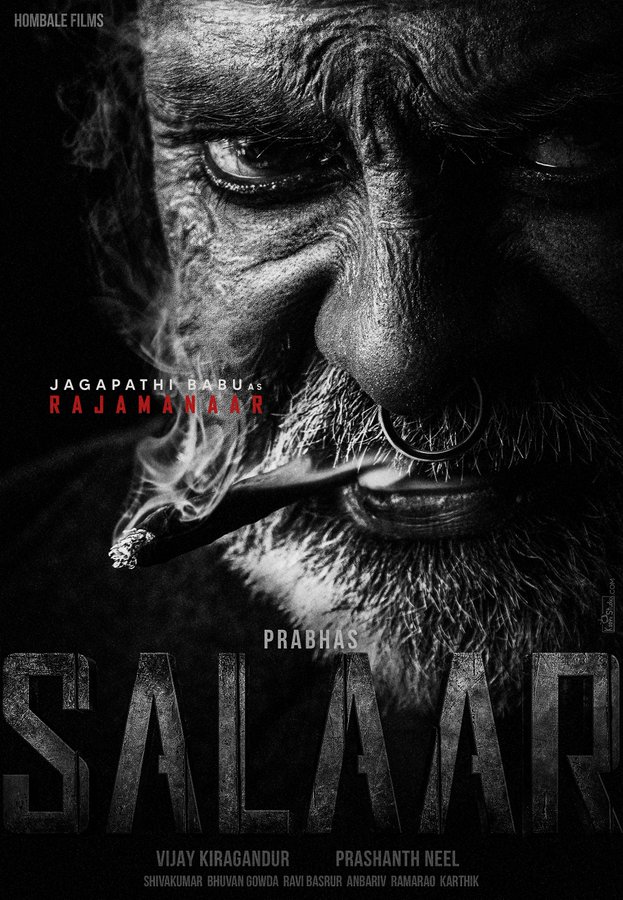 Pan-India star Prabhas forthcoming high octane action entertainer ‘Salaar’ had lacked updates for a while. The wait ends as the makers revealed Rajamannar role and it is being played by versatile actor Jagapathi Babu.

Jagapathi’s look is also unveiled and he looks fiery and ruthless. The wrinkles on his face, the intensity in his eyes and the grey beard are completely next level while the nose ring turns a special attraction.

This is Jagapathi’s first film with Prabhas and his terrifying look has definitely taken up the expectations a bit more high. Director Prashanth Neel is known to present his antagonists equally strong and this look of Jagapathi meets the standards.

The film is currently in shooting stages in Hyderabad and recently a leaked clipping disappointed director Neel. The film features Shruti Haasan as the female lead opposite Prabhas. Prabhas is likely to be seen as a mechanic in the film.