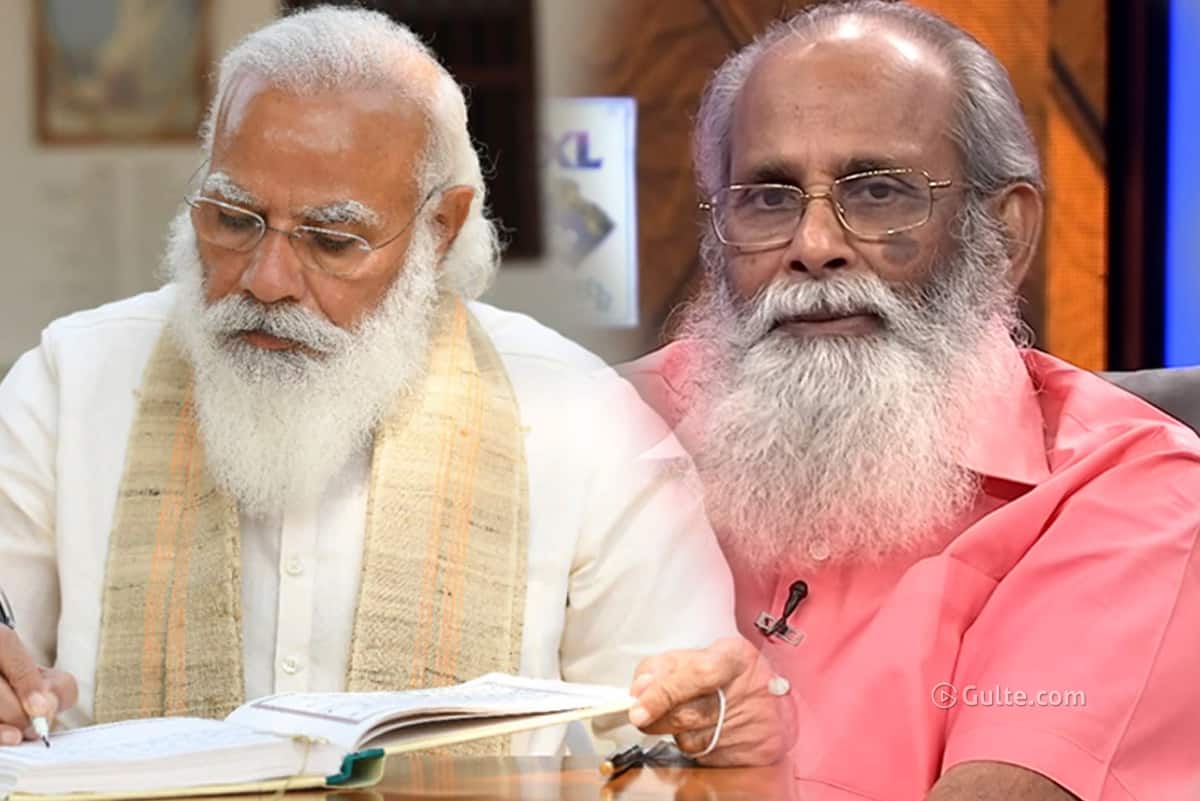 The definition of dramatic acting has changed bit time with OTTs flexing up their muscles and anybody could become an actor as long as he could carry the character well. And it looks like such offers are being put on the table of Baahubali writer, ace director Rajamouli’s father VV Vijayendra Prasad too.

In recent times when couldn’t stop themselves from saying that Vijayendra Prasad is looking more like PM Narendra Modi after both of them have grown their beards in a similar style. Though the body language and other looks are very different, a young filmmaker who wants to make a short movie on Narendra Modi is said to have approached this celebrated writer to act in the role of the Indian Prime Minister.

Though Vijayendra Prasad is not even remotely interested to turn an actor, the very thought of someone asking him to play the role of Modi, due to his bearded look, is said to have surprised him. Much details of this interaction are not available, but sources delayed that the writer gave a simple laugh and moved on to his other works, writing for Rajamouli’s next and few other collaborations.