RRR! All Set To Get Back To Sets 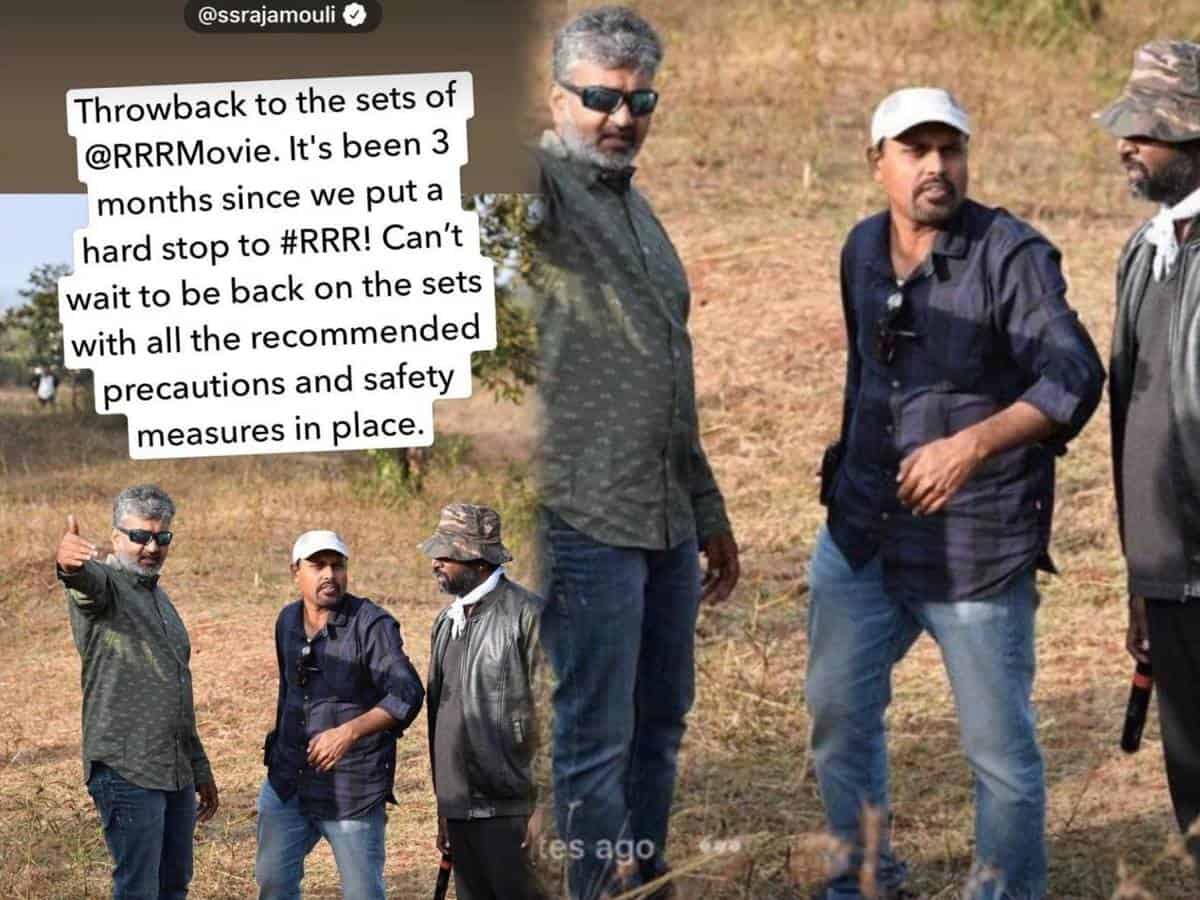 It was in March when director Rajamouli came to know that shootings of all the films have to be stopped and kept on hold for some time as COVID-19 cases were increasing in the country.

And now, after three months, as people are getting used to the new normal, Telangana and Andhra governments have given permissions for films shoots to resume and filmmakers are gearing up to take their films back to floors and begin shooting.

Rajamouli took to his Twitter fleets, the new feature, to share a throwback picture from the sets and wrote that it has been three months since they have not shot for the film.

“Throwback to the sets of @RRRMovie. It’s been 3 months since we put a hard to stop #RRR! Can’t wait to get back to the sets with all the recommended precautions and safety measures in place,” he wrote. (sic)