Koratala, Bunny To Give A Strong Message! 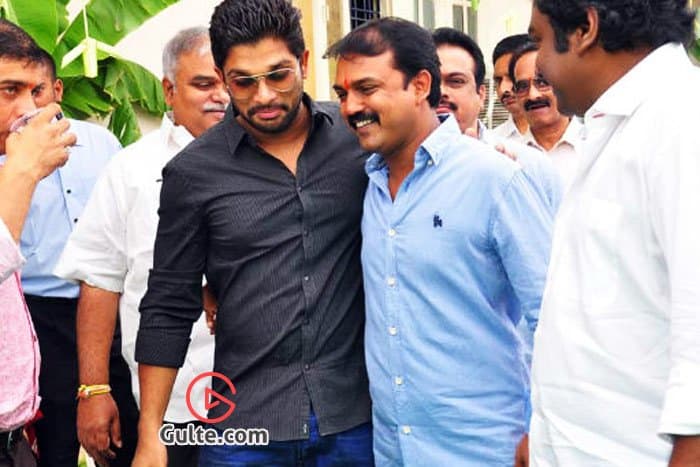 Allu Arjun must be the happiest man to have the biggest blockbuster of this year, as there could be no big releases or equally big collections for the rest of the year due to the ongoing lockdowns and coronavirus reasons.

The talented actor’s next film Pushpa had to take a break like all others in the corona scare but the team is heard to be getting it tough to restart the shoot taken its locations involving dense forests. Apart from that, Allu Arjun is heard to have informally agreed to team up with Koratala Siva for a strong-message oriented movie.

Koratala seems to have narrated a detailed line to Allu Arjun and the latter is heard to be highly impressed with it. Koratala Siva penned a strong social message story that is good to cater to the pan-Indian audience and Bunny is said to have okayed it right away.

Koratala Siva will be announcing this Bunny’s film officially soon, which is to be produced by Geeta Arts, obviously. Koratala Siva needs to wrap Chiru’s film up first and is waiting to start the shoot for the same.

Be it Prabhas’s Mirchi, NTR’s Janatha Garage, or Mahesh’s Srimanthudu, Koratala’s style, and message were always interesting and it has to be seen how Bunny takes it to the next level. Bunny earlier tried to give a message with Sukumar’s short film ‘I Am That Change’ which really has a great message while another ‘message-oriented’ film ‘Naa Peru Surya’ lost in the presentation.