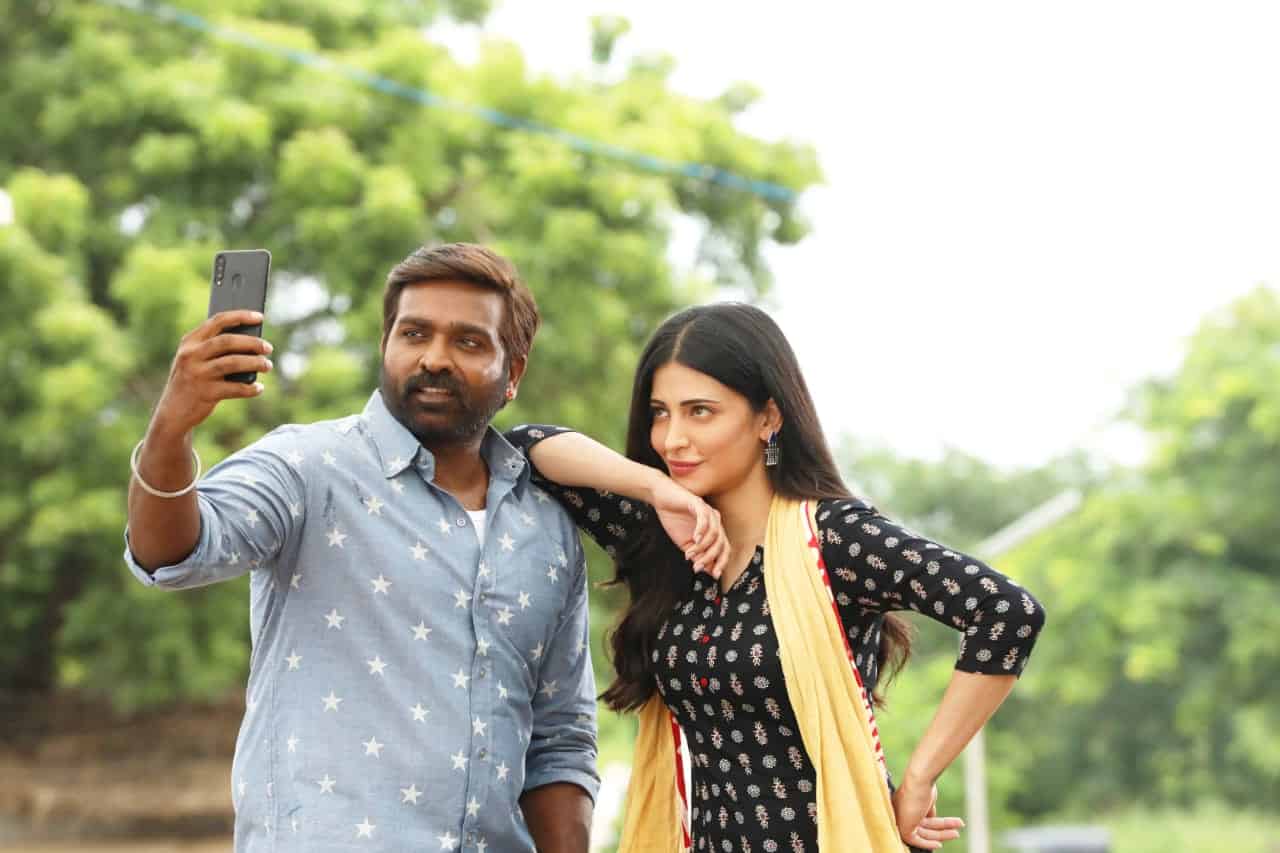 ‘Makkal Selvan’ Vijay Sethupathi, who has become dearer to Telugu audiences with versatile roles in Sye Raa, Uppena and Master, is gearing up for a film which has him in the lead. Titled ‘Laabam’ in Tamil and Telugu, the movie is tipped to be a political thriller. It features Shruti Haasan in the lead. The film will release in theatres on September 9. This is said to be the first Vijay Sethupathi movie to release simultaneously in Telugu and Tamil.

Vijay Sethupathi has played the role of a crusader fighting for the farmers’ community in the film directed by SP Jaganathan. Jagapathi Babu has played a crucial role. Sai Dhansika has also got an important role. The makers have recently unveiled the first look in Telugu by director Bobby.

In addition to Laabam, the second week of September is going to busy with Nani’s Tuck Jagadish on OTT and Gopichand’s Seetimaarr, Kangana Ranaut’s Thalaivi in theatres.