Chiru Made A Smart Move! What About Balayya? 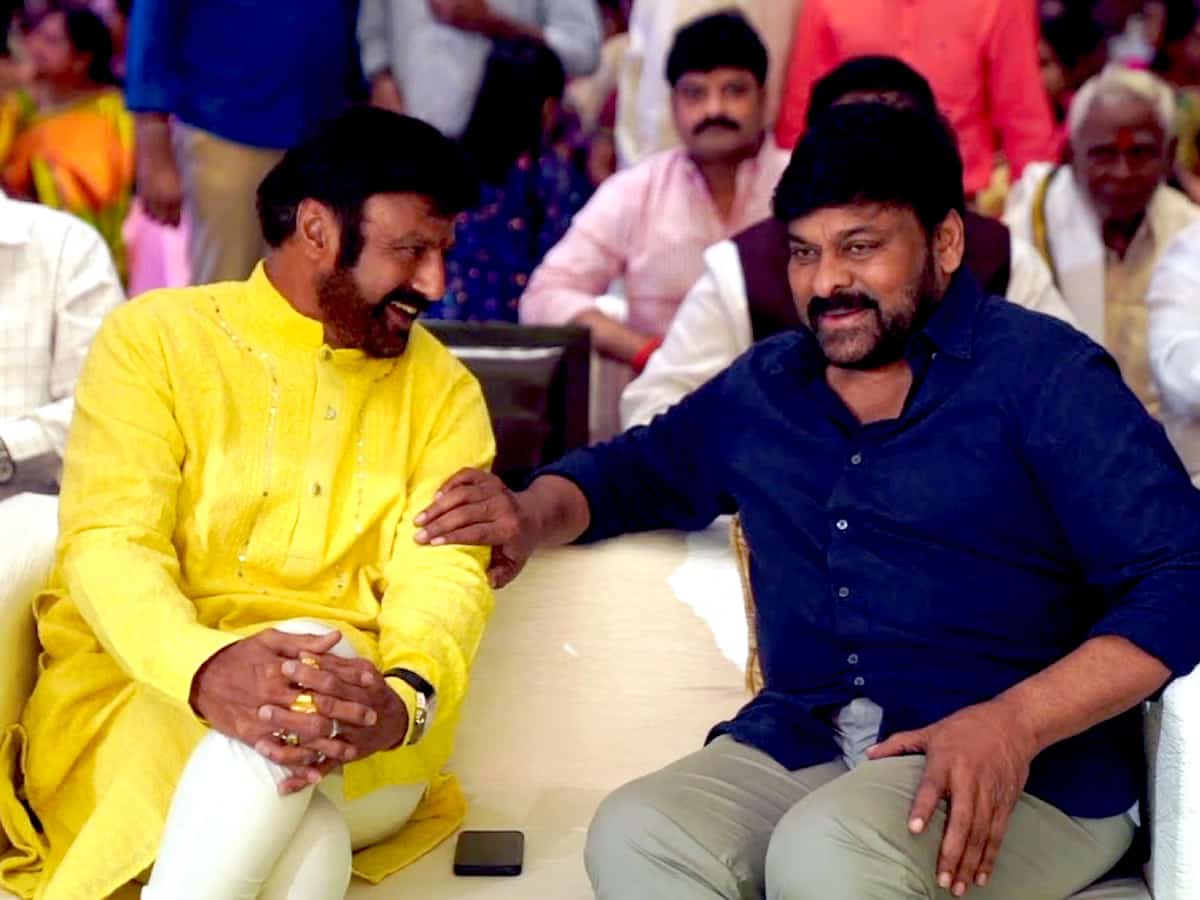 Fan fights of our respective heroes’ are confined just to the movie collections records and they never really turned personal in the past. But the recent turmoil has nothing to do with films but appeared like a purely personal war.

All the series of events like Balayya pointing out Chiru for snubbing him out at meeting with Talasani and also at 80’s reunion, Naga Babu aggravating it with unwanted comments, Balayya not joining Chiru during the meet with AP, all these added up to make it look like an unwanted personal rivalry.

It must be the pure coincidental connectivity between all the recent events that made the Telugu film industry look divided into two. There were instances like NTR – Krishna’s Alluri Seetharamaraju, Chiranjeevi – Mohan Babu’s Vajrotsavam, and Chiranjeevi – Rajasekhar political episode and so on, but they never looked so big like ‘Balayya – Chiranjeevi’ now.

Balakrishna could not hide his frustration when asked the straight questions, like always, but Chiranjeevi is quick and smart to put the egos aside. Chiru’s tweet with the birthday wishes to say ‘Maa Balakrishna’, not just pacified the Nandamuri fans, but also cooled the issue down to many levels. Chiru’s tweet act barricaded many unwanted discussions and rumors that are sure to widen the gap. Now, that Chiru extended his hand towards putting the issues into the past, it is Balayya’s turn to do the same.

While Chiru is trying his part to erase the differences, Balayya too will be back with the bonding they had, sooner or later. They will not think twice to put their egos aside when they were needed for the people of the film industry. Like Mahesh Babu once said, ‘Memu Memu Bane Untaam’, Chiru and Balayya will be fine soon again, but it is the fans of both the star heroes who get into keyboard wars and trolling each other on social media.

It is high time that the star heroes’ fans realize that it is them who are taking the issues too personally rather than keeping their admiration for their favorite hero’s film and its records.